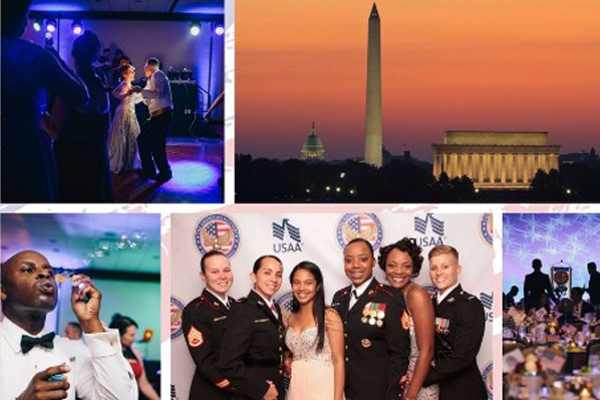 With more than 50,000 members and supporters, the AMPA is the nation’s largest non-profit organization of LGBT military spouses, their families, and allies. “USAA is honored to stand with AMPA and its long track record of helping military families around the globe. AMPA and USAA share a common mission of supporting the military community and our relationship demonstrates the value diversity and inclusion plays in serving our members,” retired Major General Jason Kamiya, senior vice president and executive sponsor of USAA’s LGBT diversity and inclusion business group, said in a statement.

USAA has long been a stalwart for LGBT equality among corporations based in San Antonio. This year, it was the only company in the city to score 100 on the Human Rights Campaign’s Corporate Equality Index.

The other joint sponsor for the event is Comcast NBCUniversal.

“From their commitment to hiring military spouses and veterans to their resolve to ensure LGBT military families are supported, USAA and Comcast NBCUniversal truly stand apart from the crowd. We are thrilled to have these two remarkable companies as the presenting sponsors of our annual celebration honoring our nation’s modern military families,” AMPA President Ashley Broadway-Mack said in a press release.

According to AMPA, their annual gala “is an inspiring, empowering, and often emotional celebration of the incredible progress made for LGBT service members, veterans, and their families — many of whom for years were forced to serve in silence while hiding their families because of discriminatory laws and policies. With the repeal of Don’t Ask, Don’t Tell and the recent end to outdated transgender policies, LGBT troops now serve our nation openly with pride.”

The 4th Annual AMPA National Gala, Saturday, May 13, 2017, at the Hyatt Regency Capitol Hill, Washington, DC. Members and supporters interested in purchasing tickets to the event can do so at this link. Businesses, organizations, and individuals interested in sponsorship packages may contact the organization at [email protected] for more information.

The board of directors of Fiesta Cornyation, billed as "the raunchiest, cheapest event of Fiesta," have announced this year's King...