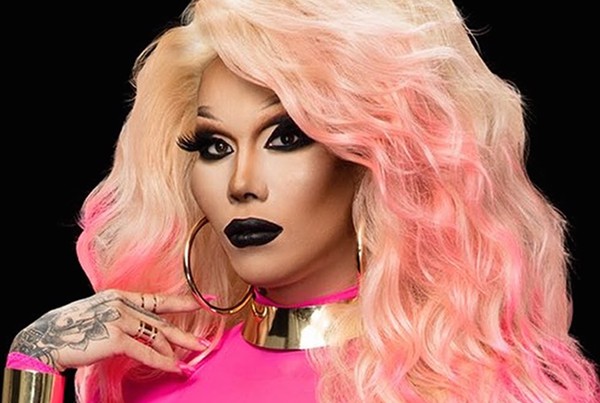 Even though her claws didn’t entirely come out on RuPaul’s Drag Race, Las Vegas showgirl Kimora Blac still got pegged as one of the villains of season nine — a designation some attribute to a reality TV pitfall tellingly dubbed the “villain edit.”

Sure, Blac bitched about challenges involving sewing . . . and bedazzling a cheerleading costume (“I know how to sew 101. I just choose not to,” Blac later explained to Vulture), but she also revealed her softer side on the behind-the-scenes spinoff Untucked with an emotional speech that brought her Sin City cohort Farrah Moan to tears.

Spinning influences from high-powered vixens Kimora Lee Simmons and Kim Kardashian West into a sexed-up, life-sized vision of Barbie, Blac sashayed away from Drag Race after failing to impress the judges with a glued-together, Tarzan-inspired “Banana Lady” princess costume on episode three (“Draggily Ever After”), but departed with surprising humility — appearing thankful not only for the high-profile experience but for something previously lacking in her life: real friends within the drag community.

By Alexa Ura, The Texas Tribune May 21, 2017 Editor's note: This story has been updated throughout. Amid threats of...