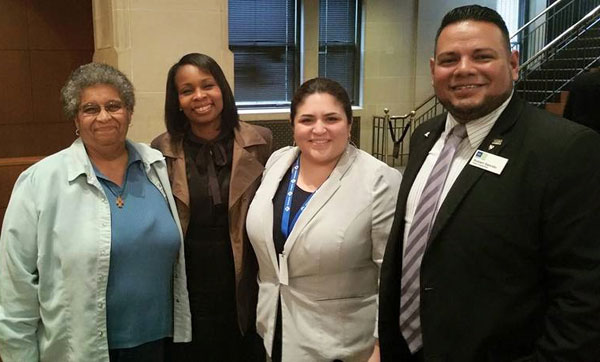 Mayor Ivy R. Taylor’s proposal to create a Department of Diversity and Inclusion and hire a human relations liaison to run it became reality on May 14 when the City Council approved the measure as part of the city budget.

The proposal, designated Item 16 in the budget, was among other items on the consent agenda that were passed unanimously by the council.

The realization that the mayor’s proposal would most likely face no opposition came on the day before, during the council’s B Session on May 13. City Manager Sheryl Sculley announced that Claryssa Cortez had been hired to be the human relations liaison, adding that Cortez was filling a vacancy in the city attorney’s office which was already part of the budget.

At the B Session, the mayor made some brief remarks about the new department and thanked members of her LGBT advisory committee for their help.

Equality Texas issued an action alert in the days leading up to the City Council meeting, asking San Antonians to contact their council representatives to voice support for the measure and to come to speak at the Citizens to be Heard portion of the B Session on May 13.

Dan Graney told Out In SA that he, Marsha Warren, Robert Salcido and Chad Reumann spoke before the council. Graney said the four of them thanked the mayor for her efforts and added that there was more to do, including a city-wide employment nondiscrimination ordinance.

Salcido, a member of the mayor’s LGBT advisory committee and a field organizer for Equality Texas, gave Out In SA the following statement:

“We welcome the establishment of the Office of Diversity & Inclusion as described by our City Manager Sheryl Sculley in the B Session on May 13th. This office will be a central point of contact for all protected classes covered under the city’s nondiscrimination ordinance. While we applaud this as an important step forward, we recognize that there is more work to be done in San Antonio. We look forward to the implementation of the duties and responsibilities of this office as well as a plan of sustainability for the coming years.”

There has been limited enthusiasm in the LGBT community to publicly support the mayor’s proposal — not because the changes weren’t needed but because many see Taylor as anti-LGBT. She voted against the NDO as a councilwoman and while campaigning for reelection, she has said the ordinance was a “political stunt” and a “waste of time.”

Some have commented that Taylor’s efforts on the NDO have been timed to coincide with her runoff campaign.

The only person to speak against the mayor’s NDO proposal was Jack Finger, religious zealot and city council gadfly. Right before the vote, Finger wanted to know why the city had more protected classes than the federal government. Why did we need a Department of Diversity and Inclusion he asked rhetorically.

“And this from you Madam Mayor who voted against this thing,” Finger said. “Some would say you are backsliding.”

Jamie Brickhouse, Dangerous When Wet, at the Twig