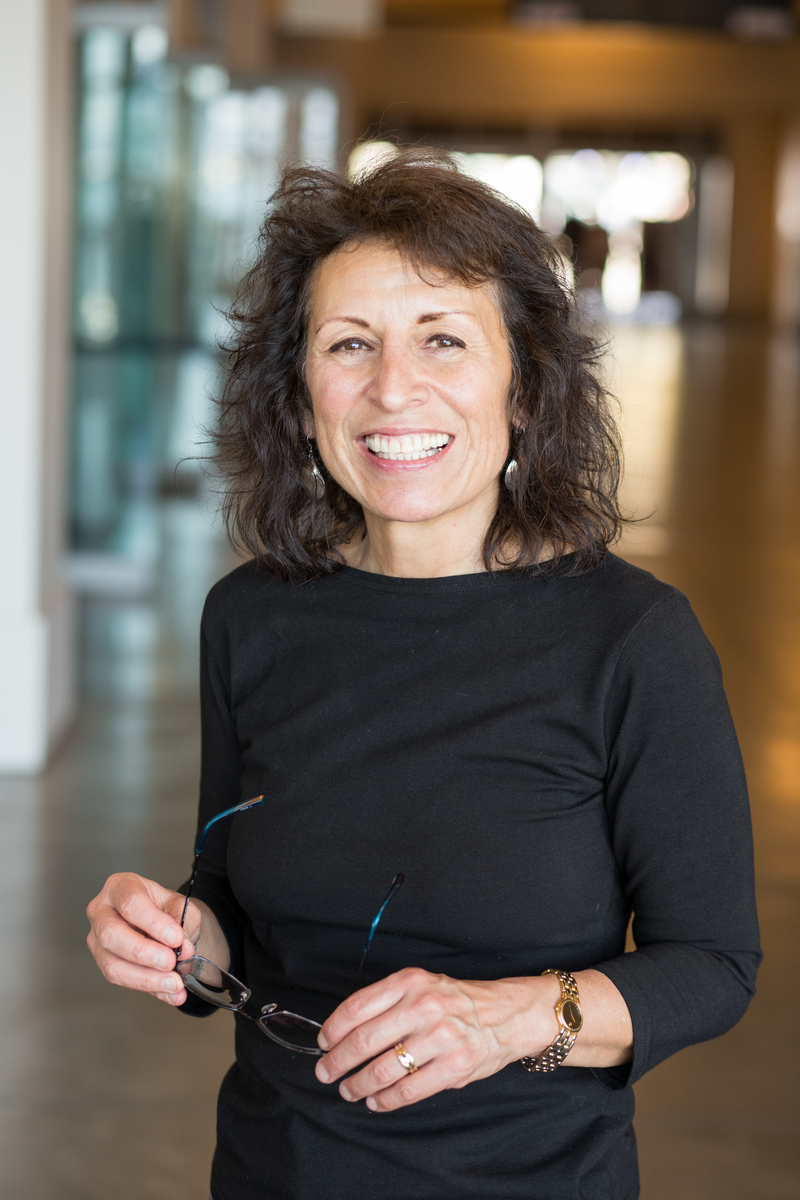 Born in New Mexico and based in California, Carla Trujillo is an esteemed fiction writer, editor, educator and a founding member of the Macondo Writers Workshop that Sandra Cisneros established in San Antonio in 1995. Celebrated for her novel What Night Brings (2003) and her work as editor of the Lambda Literary Award-winning anthology Chicana Lesbians: The Girls Our Mothers Warned Us About (1991), Trujillo spoke to Out In SA in advance of her November 2015 appearance at Central Library. Presented in collaboration with Pride Center San Antonio and Trinity University, the reading focused on Trujillo’s new novel, Faith and Fat Chances, and launched her Texas tour with San Antonio’s own Anel Flores, author of Empanada: A Lesbiana Story en Probaditas (2013).

Which writers have inspired you over the years?
I’ve been influenced by writers who can not only craft a good sentence but who move me emotionally, and create interesting characters that I can latch on to. Some of the writers who have inspired me over the years are: Louise Erdrich, Dorothy Allison, Peter Carey, Abraham Verghese, Julia Alvarez, Sherman Alexie, Sandra Cisneros, Dave Eggers, William Faulkner, Lois-Ann Yamanaka and Ayana Mathis. Writers who inspired me as a younger writer were: Rita Mae Brown, Alice Walker, Toni Morrison, Amy Tan and James Baldwin.

Can you give readers insight into one of your main characters?
In my new novel, Faith and Fat Chances, the main character, Pepa Romero, a feisty healer who drinks, smokes and cusses, anchors the story and introduces us to a world of people living on the poor side of Santa Fe, all of whom are facing a life-changing dilemma. Pepa’s character came to me as a “fictional sister” of the tough-talking grandmother in my first novel, What Night Brings. She was also a bit of an amalgam of some of the other women in New Mexico I recall at the local bingo hall I went to as a child with my grandmother — women who gossiped, smoked and could eagle-eye 10 bingo cards all at the same time.

What draws you to this specific genre of writing?
I wrote non-fiction for many years — mainly essays, but found a lot more enjoyment with fiction and the different kinds of challenges and liberties it contains. I was also a first generation college student, then went on and got a Ph.D. in educational psychology, so the next thing I had to do was expunge the academic head-set. I also quickly found out that writing fiction (well) is more difficult than I had ever imagined. But I told myself I had to learn how to write all over again and incorporated the mind-set of discovery, as if I was a first grader composing new sentences for the first time.

If there was a certain actor/actress playing one of your lead characters, who would it be and why?
Sonia Braga would play Pepa, my main character in Faith and Fat Chances. Sonia is feisty, fun, tough, and beautiful, just like Pepa. How do you think you have evolved creatively?
I don’t have an MFA and told myself I had to learn to write all over again and took my first fiction class in graduate school. Then I continued taking classes from various teachers for many years — most notably Sandra Cisneros and Paul Cohen. Sandra was an enormously generous and gifted teacher but she also pushed and inspired me to do my very best. She encouraged us Macondistas to seek instruction from each other and from other teachers. Paul was also a great teacher because he helped me with form and structure … I also try to challenge myself creatively with each novel I write, focusing on voice, point of view, plot, structure, etc. I think it’s good for writers to step out of their comfort zones.

What is the easiest thing and the most difficult thing about writing?
I feel inspired by the challenge of writing anything. Trying to do a good job of it, and to hopefully write something that is meaningful to me, is also inspiring. The most difficult thing I find, other than actually sitting in the chair and doing the writing, is doing it consistently and over a long period of time. Easiest thing for me are readings. I love to read and “dramatize” the scenes … speak in the voices of the characters.

Any advice for future LGBTQ writers?
Dedicate yourself to writing and the writing process. The more you write the more your craft develops. Take a class so you have something to turn in regularly. Find good teachers to help you develop your skills. Go to writing retreats such as the Lambda Literary Writers Retreat for Emerging LGBT Voices, VONA [Voices of Our Nation Arts Foundation], Community of Writers at Squaw Valley [and] Bread Loaf Writers’ Conferences. Form a group with other writers who can support and challenge you to be a better writer. Read great books and read a lot.

There are now 10 Texas cities with a population of more than 100,000 that have rules or legislation in place to protect residents or city employees based on sexual orientation or gender identity. Is this a major milestone or a bump on the road to equality?
Legislation promoting equal rights is important and should never be taken for granted. It takes hard work and dedication by LGBTQ people (and allies) to make this world a safer and better place. I spent an earlier part of my life working to bring to light the voices of the invisible … As a writer I see the importance of books and what they can do to validate, inspire and save lives … I’m originally from New Mexico, and felt overwhelmed by the poundage of culture, class and religious doctrine. I later grew up in a working-class community in northern California, and know the cut of prejudice and how it can provoke fear and shame. We all have work to do to continue our fight for equality. At some point, people will eventually see us as fellow human beings, and not as aberrations, or something to tolerate. We’ve made great progress over the years but still have much work to do.

A one-night multimedia installation will examine the concept of gender fuck, the process of consciously and conspicuously challenging traditional ideas...