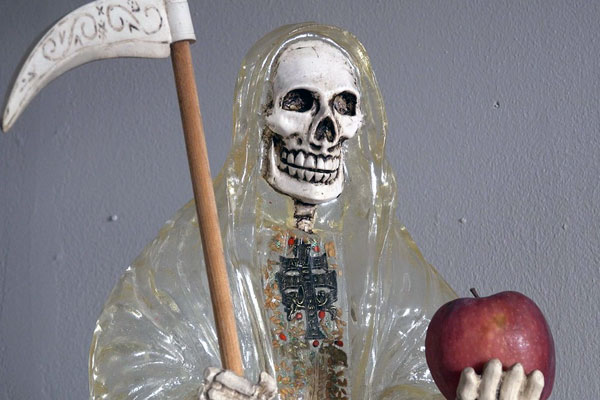 On Thursday, October 5, the Guadalupe Cultural Arts Center will host a screening of La Santa Muerte: A Folk Saint in Texas, a documentary produced by Texas Folklife.

The film examines the rising popularity of La Santa Muerte, the Mexican folk saint of death, through the perspective of scholars, devotees and members of the clergy. It features interviews with Andrew Chestnut, PhD of Virginia Commonwealth University and Malgorzata Oleszkiewicz-Peralba, PhD of the University of Texas San Antonio.

Often depicted as a skeletal figure holding a scythe, La Santa Muerta has been condemned by the Catholic church and remains the center of many controversies.