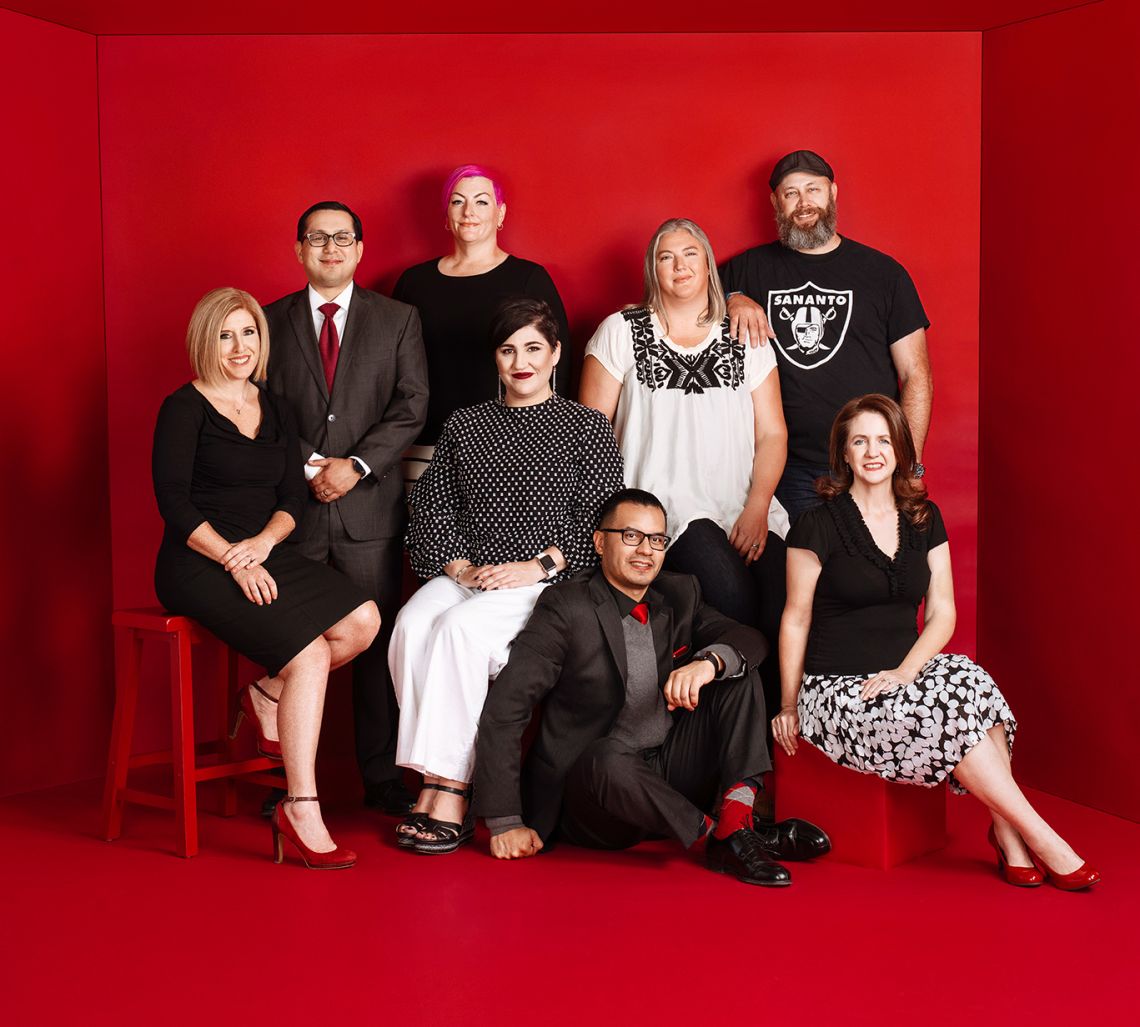 In our efforts to champion each aspect of the ever-broadening LGBTQIA* umbrella, we’ve trained our focus on the letter “A.” Since the LGBTQIA* acronym has expanded and shifted over decades (and was not created by one sole entity), it’s important to note that different letters mean different things to different people: “Q” can stand for queer or questioning; and “A” can stand for ally, all, asexual, advocate, the list goes on. For the purpose of this feature, we elected the designation “ally” — not to alienate or erase asexuals or any other group, or to suggest that “A” stands for one thing and one thing only, but to to highlight the commendable efforts, meaningful accomplishments, and keen insights of eight individuals we feel personify the term “ally.” As you’ll hopefully find in our profiles of Texas State Representative Diego Bernal, Rabbi Mara Nathan, Fiesta Youth founder Emily Leeper, graphic designer Danielle Cunningham, activists DeAnne Cuellar-Cintron and Louis Cintron Jr., and restaurateurs Steve Newman and Jody Bailey Newman, allyship can take many forms — from volunteering time and educating family members to fighting discriminatory legislation, from the all-important act of listening with empathy to wholeheartedly accepting the struggles of others as your own.