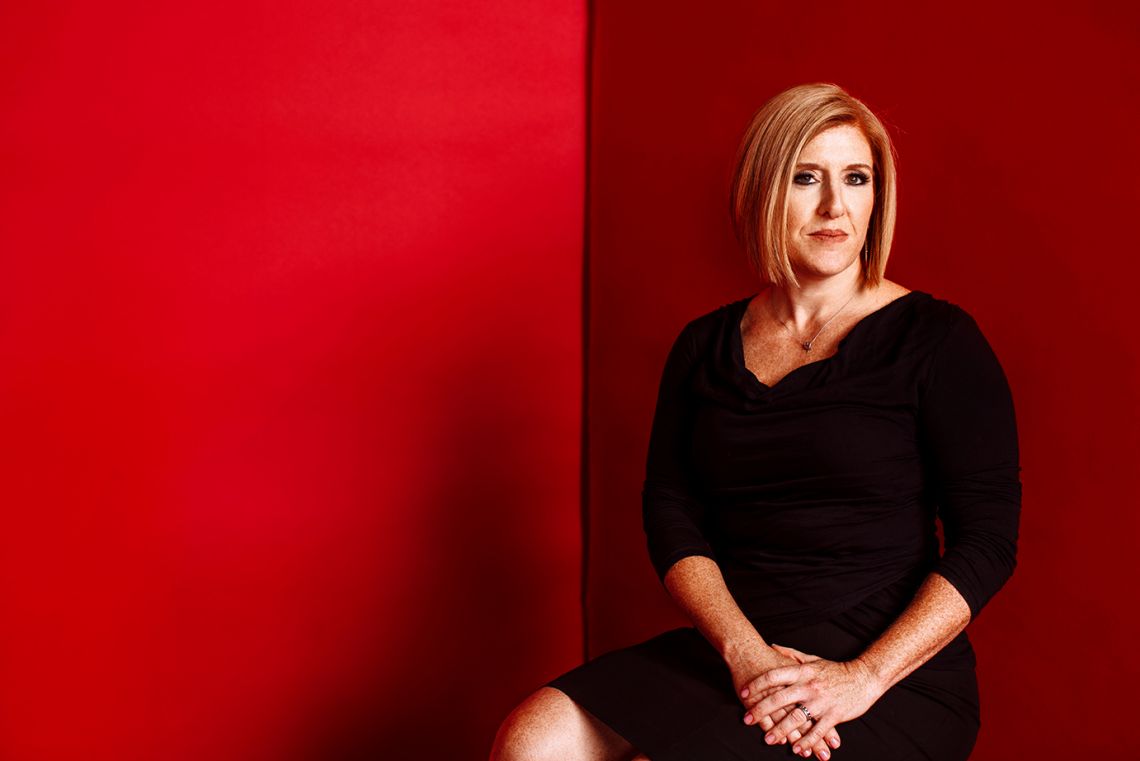 Mara Nathan is not the type of rabbi I grew up with.

Traditional rabbis are typically older men cloaked in robes, caring but unapproachable — a little holier than thou, you might say. When Nathan decided to go to rabbinical school, she wanted to be a different type of rabbi.

And that she is. Sitting in Nathan’s office, hearing the refreshingly laid-back, jovial 45-year-old female rabbi talk to me like a girlfriend, I was stunned. After our interview, we hugged and I didn’t want to leave. And I haven’t actively practiced Judaism since middle school.

Nathan, a married mother of three, lived in New York’s Westchester County before relocating to San Antonio in 2014. Growing up on the East Coast, she says her socially liberal family was politically aware, and she always had interests in social justice and women’s rights. But she wasn’t politically active since New York is already a liberal atmosphere. Additionally, the senior rabbi at the synagogue where she worked wasn’t interested in political activism.

When Nathan first arrived in San Antonio at Temple Beth-El, a reform temple, as senior rabbi, she wasn’t planning on getting politically involved, either. She knew her community was diverse and didn’t want to alienate anyone. “I always say my expertise is Torah and Judaism and ethics and morality, not politics,” Nathan says.

“But more recently, when there have been attacks against people’s civil rights, it’s pretty hard to remain silent, from my perspective,” Nathan says. Since her role is being a leader of the Jewish community, when she considers something like the bathroom bill, Nathan says she asks herself what the texts, Torah, rabbis and Jewish traditions say. “It’s all so clear about honoring people’s humanity and protecting them,” Nathan says.

Nathan notes that even though there may be rules in the Old Testament against homosexuality and “sexual deviants,” she says back then, it was also okay to own slaves and massacre people while conquering countries.

“I don’t think you can use the laws of the world just from the Bible and say that’s the way it is,” she says. Especially, she adds, when the texts have been interpreted many times over and were a reflection of the modern world back when they were written.

“And this is the modern world we live in. We understand if someone is gay or transgender, they don’t just wake up one day and say, ‘I want to be something that’s going to make me different from other people, that’s going to make my life more challenging.’ We all just want to have a nice, easy life. So why can’t we respect people’s private lives and treat everyone with dignity and honor their humanity?” When the bathroom bills were proposed in Texas, Nathan felt compelled to fight them, especially since she knew members of her community would suffer if they passed. When the first bathroom bill was proposed, Equality Texas organized a press conference with clergy to counter a meeting Governor Abbott was having with conservative clergy the same day. Nathan was in the group speaking against the bathroom bill, and she was thrilled when their rally overshadowed the one for the bill.

Then, when the bill was resurrected in special session, Texas Impact organized Advocacy Day and asked Nathan to speak. It fell on Tisha B’Av, a Jewish day of fasting and mourning to commemorate the destruction of the temple in Jerusalem, and Nathan was involved in an interfaith service for it that morning on the legislature floor. She was then involved in a press conference and lobbying, and due to one of her young congregants who was interning at the Capitol, Nathan was asked to give the invocation. Texas House Speaker Joe Straus is also one of Nathan’s congregants, and she applauds his opposition to the bills.

The bills are “just a mask for discomfort and hate of the unknown, from my perspective,” Nathan says. “And using religion as a weapon as opposed to a tool.”

With modern reform Judaism, and even more so now with conservative Judaism, LGBTQ rights are really a non-issue, Nathan says. However, it hasn’t always been that way — this shift has really only happened in the last few decades, she says, and in more traditional Jewish communities, LGBTQ people are still often shunned, Nathan says.

But Nathan says reform Judaism has worked hard to evolve and be inclusive, and she says Temple Beth-El is extraordinarily LGBTQ-friendly, and has a significant LGBTQ community of all ages. The temple even hosts a Pride Shabbat service each year.

While Nathan says her primary concern always remains serving her congregation, she plans to continue her activism when she can. She says when she lived in New York among a large Jewish community with plentiful rabbis, there wasn’t as much of a need for her to get involved in causes like this. “Coming to a place like this, one of the real great challenges, but also honors of serving a community like San Antonio, or Houston, or Dallas, is that your voice is amplified,” she says. “And that gives me an opportunity to use my rabbinate, not just in a personal or congregation way, but, on a larger scale, to speak up for things I care about.”

Jody Bailey Newman & Steve Newman “When Jesse Mata asked us to talk to Elaine [Wolff] and Ray [Chavez] about...