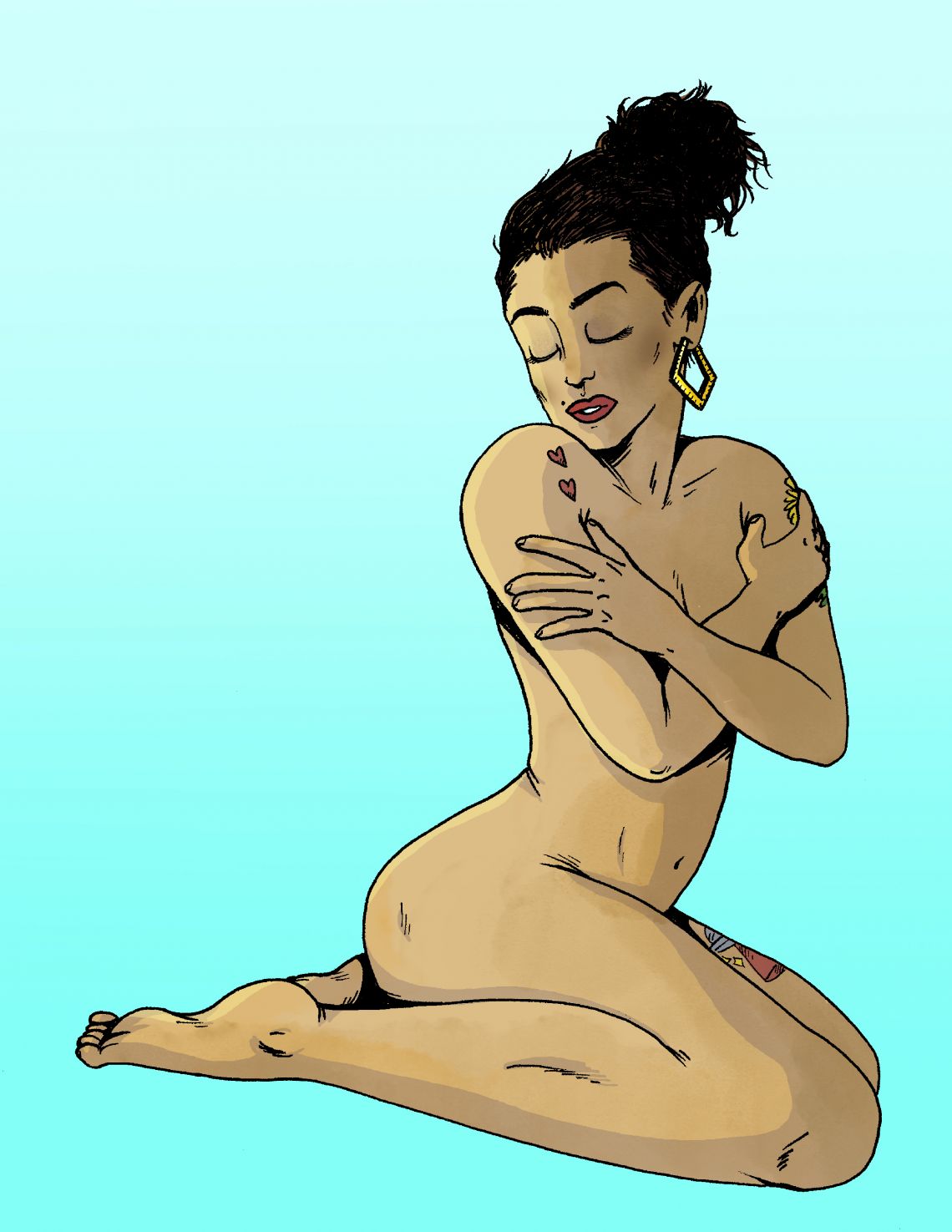 Twitter is a cesspool of meme culture that one must immerse oneself in to fully understand. And I, like millions of others, have spent way too much time on the social media site taking in the online scenery. Something in particular that has been plaguing my feed as of late has been the “Fellas, is it gay to … ?” meme, which will likely be long forgotten by the time you read this, thanks to Twitter’s rapid meme cycle. The gag is that whatever follows that statement is an action or description that is either not gay in the slightest or so gay that it’s blatantly obvious. I know — so funny, right?

This meme reiterated itself over and over all over the Twitter-sphere, as memes do, and I did my best to blow it off as harmless banter until I came across a prolific tweet asking, “Fellas, is it gay to suck a dick?” to which many Twitter users responded with a resounding “yes.” When I looked up the person who fired off the original tweet, I found it was a cisgender girl from a nearby city, so I took it upon myself to reply to her, saying, “Not if it’s a girl’s dick.”

The girl almost immediately responded by telling me not to get offended by every joke I see on the internet, and that it’s just Twitter. But when droves of people are flocking to jokes like this one, it works to reinforce cissexism, the centering of cisgender bodies and experiences at the expense of trans people. And when I tried to explain this to her in greater depth, the discussion turned into a debate, which then turned into a digital shouting match, which then resulted in us blocking each other. Basically, nothing was resolved and nothing was learned except for the fact that I can’t take a joke when it’s at my expense.

I use this example as one small, semi-harmless look at what trans people have to go through in order to have our bodies considered and our existence validated. I wanted to teach this Twitter user, and many others who were poking fun in a similar fashion, that it’s important to understand how language is used to exclude or ostracize trans people, especially trans women, and I was unsurprisingly met with anger and mockery.

See, when cisgender people discuss anything anatomical or physiological, even casually on their personal Twitter accounts, more often than not, they center cis bodies and create generalizations that can lead to harmful preconceived notions about trans bodies, such as the misconception that we require surgical intervention to be seen as valid in our identities.

When we (trans people) take it upon ourselves to point this out, we’re met with hostility.

It’s as though we, as trans people living in a cis-normative society, must always let these cissexist microaggressions go and just take them as a joke — otherwise we’re seen as overly sensitive, or as taking up too much space in the conversation.

The same backlash occurs within discussions of race, class, ability and so on. If we bring up transness and trans identity as a variable, it’s frequently seen as a distraction by our cis counterparts rather than another facet of a widely affecting issue. But including trans bodies when discussing bodies in general, especially those of fat, disabled and non-passing trans people of color, only adds a nuanced layer to the topic at hand, even if it is casual, private or otherwise meant to be comical.

There are real-life implications to excluding trans people from the discussion. For trans women, a  lot of our social mobility and acceptance stems from our attractiveness and how well we hold up to cis-normative standards, which regularly includes having genitalia that aligns with the cisgender binary. When we (trans women) don’t meet those standards, we’re deemed men, which in turn wrongly justifies our mistreatment. And therein lies a huge problem: My gender identity is only valid if I remain “fuckable” — for lack of a better word.

In many cases, our transitions can be held up if we aren’t making active efforts to adhere to a set of strict guidelines on how we should perform gender. There’s also the fact that trans people are almost always required to be diagnosed with gender identity disorder or gender dysphoria (typically by a cisgender doctor or nurse practitioner) before any voluntary body-affirming procedure or hormone therapy treatment can be granted.

To make a long, sad story short, we are literally demanded to conform our transgender bodies into cis shapes in order to be allowed access to healthcare. So when cis people exclude trans folks from the body conversation, it enables these attitudes of conformity more than it combats then.

And I haven’t even touched on the societal stigma placed on men who seek out trans women as sexual or romantic partners. Trans women continue to be killed by their cis male partners because their relationship was found out or made public; that’s how deep these misconceptions lie. These trans-attracted men are driven to violence because they would rather murder than have their sexuality prescribed and picked apart. Granted, they make the ultimate choice to resort to violence, but the taboo nature of cis male/trans female relationships fuels that escalation.

So, it wasn’t just a tweet making fun of … whatever it was trying to make fun of; it was a joke that reinforced the idea that all people with penises are men, which is the oldest cissexist trick in the book. It inadvertently slaps a homosexual label on cis men who engage sexually with trans women, despite the fact (yes, I said fact) that trans women are women, no matter how we are built.

When we allow cissexism to pervade through social media, through jokes, through interpersonal discussions, we are promoting violent ideologies that invalidate trans people — and I say “we” because even I’ve been guilty of it at times. It is something that we, as a society and as individuals, must became more aware of so that we can unlearn those thought patterns and make the world safer and more inclusive for people from all walks of life.

One week before Hurricane Harvey wreaked havoc on Southeast Texas, my wife Corrissa and I visited Galveston to celebrate our...