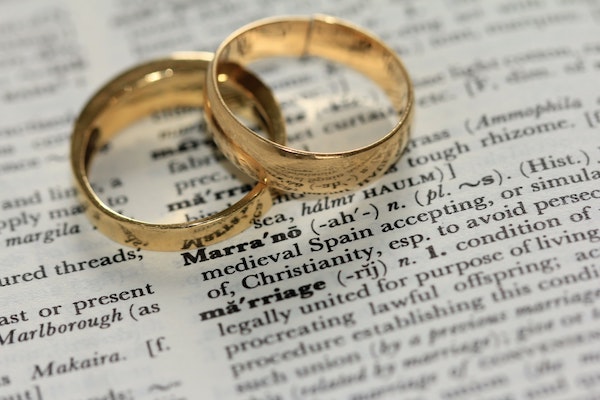 On March 24, a San Antonio jury returned a verdict in favor of Christopher Hoffman, a gay man who sought to prove a common law marriage existed since 1996 with his former partner, Moises Ortiz. The decision clears the way for Hoffman to legally divorce Ortiz and thus be eligible for alimony and other benefits .

Various judges have ruled a same-sex marriage existed before Obergefell vs. Hodges, the 2015 Supreme Court decision that legalized same sex marriage. However, this is the first time a jury in Texas has made such a finding within the confines of a divorce action.

Hoffman filed for divorce from Ortiz in 2019, claiming the two were married under the Texas Family Code, which regulates how common law marriages are defined. For his part, Ortiz denied that a common law marriage existed saying that he and Hoffman were “simply roommates that acted as partners.”

Hoffman offered evidence that during their 25 years together he and Ortiz wore matching gold rings, that they represented themselves as married to their friends and family, owned property together, and resided in a high-rise apartment that was featured in a San Antonio Express-News article which mentioned both their names.

In a pre-trial hearing on July 30, 2019, Judge Mary Lou Alvarez of the 45th District Court of Bexar County found that Ortiz’s claim that he and Hoffman were just roommates to be “incredulous testimony.” The judge issued a temporary order requiring Ortiz to pay Hoffman $1,200 monthly for interim spousal support until a final jury trial’s verdict.

The four-day trial was held in the 285th District Court of Bexar County, with Judge Aaron Haas presiding, The twelve-person jury voted 10 to 2 in favor of Hoffman. They found the couple was married on February 14, 1996, and that grounds existed for the court to grant a divorce.

In an email to Out In SA, Hoffman’s attorney, Justin P. Nichols,  wrote, “To have a jury validate that the couple’s relationship constituted a marriage meant a tremendous amount to Hoffman, who has been fighting for almost three years to have his marriage recognized. This case can have broad implications for thousands of gay couples throughout Texas.”

The billboards purchased by the Trevor Project will educate the public about life-saving crisis services while spelling out the importance...