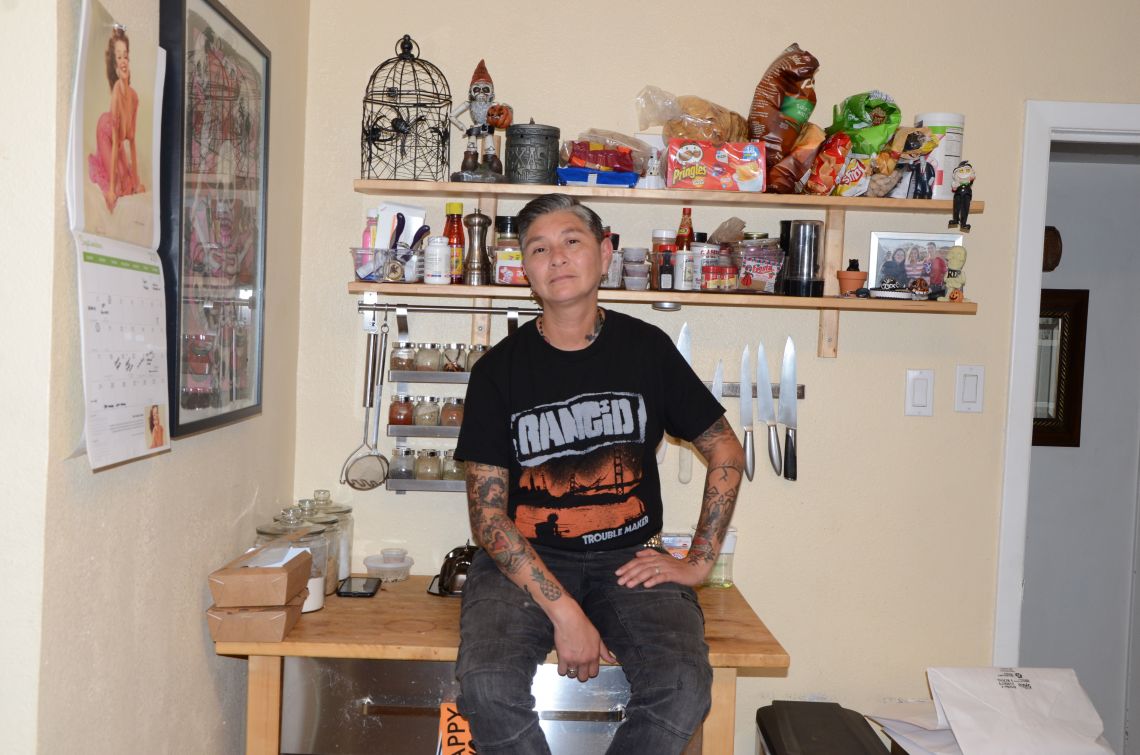 “We serve 10,000 to 11,000 people a day,” says Chaz Morales of her super-sized food service position at San Antonio’s largest insurance company. The corporate food world, it comes as no surprise, is jaw-droppingly different from your corner breakfast taco joint. And from your normal, fast-casual to fine dining establishment as well.

“It’s like its own little city there,” says Morales, 46, who’s employed by Sodexo, the facilities management company that runs the insurance giant’s massive food operation, as a lead chef in their Savor Swift division. Here, she does gourmet salads and sandwiches that are distributed to four to five main cafés as well as little “7-11-like” convenience stores on a sprawling  campus that also houses executive dining rooms, Wendy’s, Chick-fil-A, Subway, Starbucks and more. You want Greek meze? Done.  Smoothies? Got you covered. Mexican? Claro que sí.

“I get up very early every day,” she says. But she gets up early to a work environment that, to hear Morales tell it, is generally very LGBT-friendly. “They acknowledge Pride month [on screens around campus], participate in Pride parades … have an official anti-discrimination policy, and just recently [with all of the national political upheaval and state bathroom bill issues], word came from execs to head chefs and on down the line, that the policy was effectively underlined — just to reassure people.”

Speaking again of her own niche and the way policies are reinforced and decisions are made at work, Morales says that “we have set recipes that will change from time to time when an executive chef will come down, and we’ll put our heads together” for development of what she calls “pods” with salad and protein. Her restaurant experience wasn’t always quite so top-down. 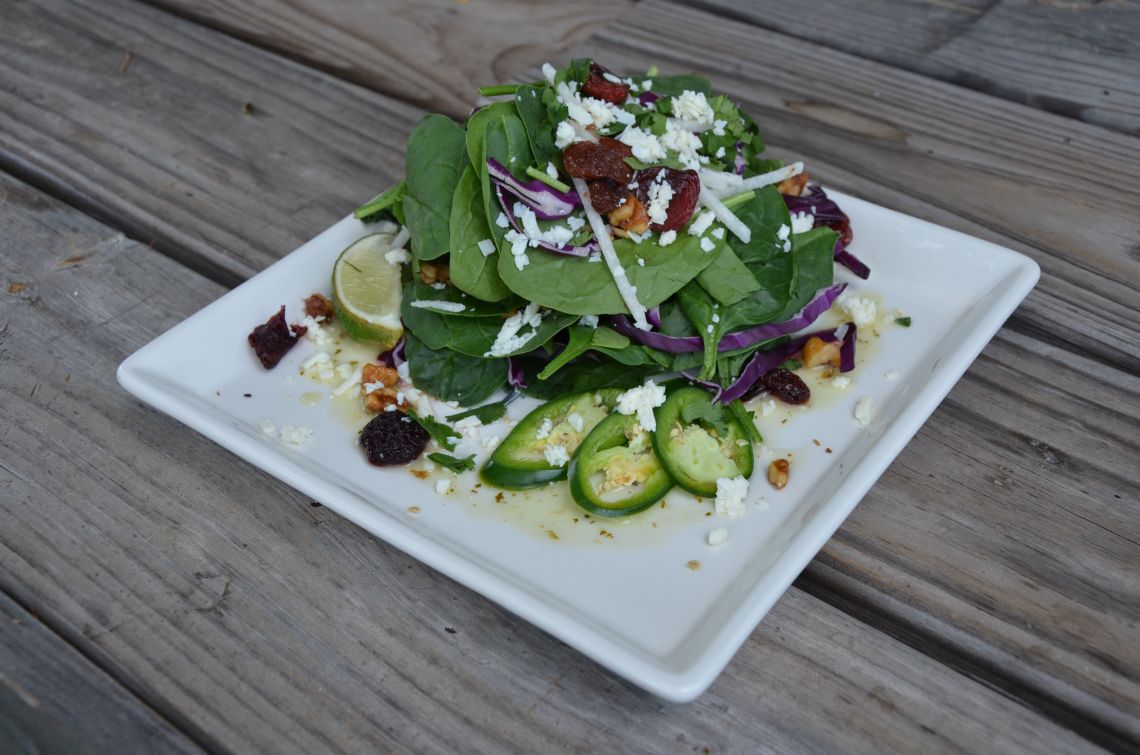 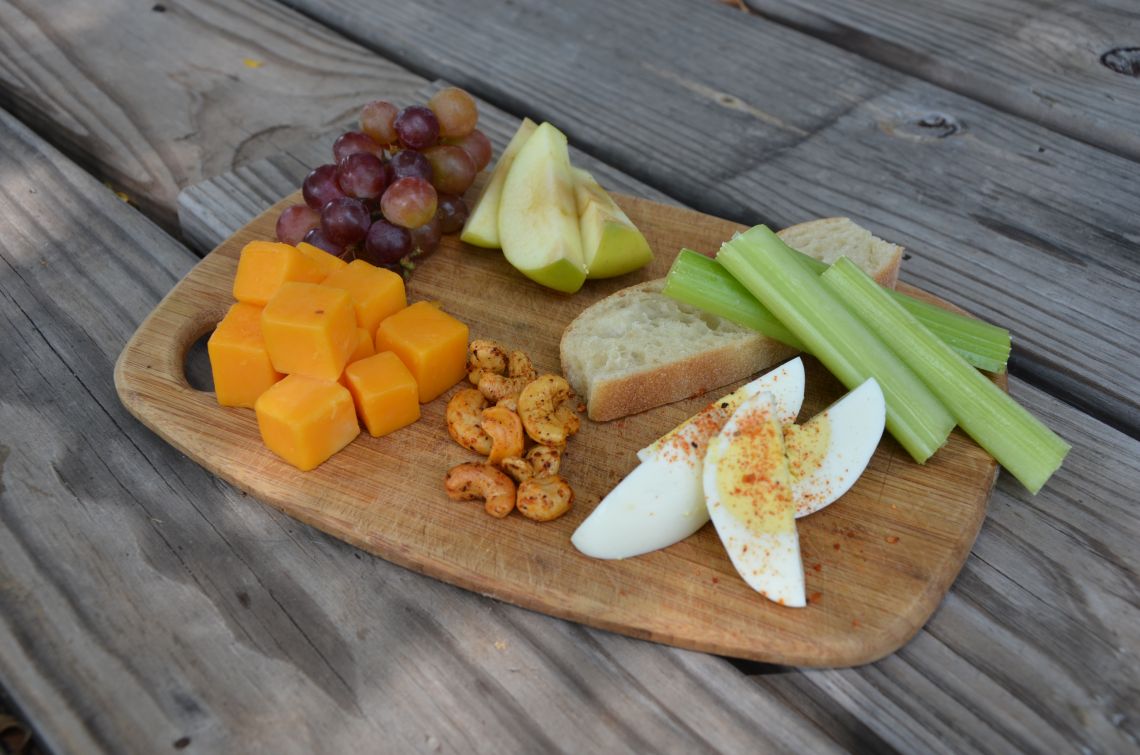 Morales began her culinary career in the early ’90s at Babylon Grill, a restaurant where Rosario’s now sits in Southtown — before there was Southtown. There for 10 years, she first started as a dishwasher as there was no room on the line, and worked her way up through pantry to sauté. “I learned a lot there,” she claims, and it was training that allowed her to then move on to Café Camille, Boardwalk Bistro, Café Soleil in fine dining, and W.D. Deli, where the first drag brunch in town was instituted. (It’s hard to forget that challenging, “Hello, Dolly” staircase.)

Fine dining (and its crazy, often punishing hours) is less of a focus these days not just because of the current position, but also because of her family. Married for two years (they got hitched on Halloween — no trick or treat intended) to Traci Kolesar-Morales, the couple has been together for a decade, and they have an adopted son, Jacob, who’s now 15. “He’s in orchestra and all that, I wanted to be there [for his growing up], and these hours are way more predictable,” she says. “I see myself in a smaller kitchen again when he goes off to college.” For now, Jacob is being raised by two women, “and it’s old-school — open doors for women, ‘yes ma’m, no ma’m.’” Traci Kolesar-Morales and Chaz Morales on their wedding day

Morales herself is a San Antonio native, a product of South San High School and a few months at San Antonio College with a law-enforcement degree in mind. But “I was a little rebel without a cause” back in the day,” she says — hence the end of the law-enforcement career due to “some early mishaps.” “I grew up with punk, kinda messed around with music and do have my own drums at home,” she says. Some of that rebellious nature has apparently stayed with her. Clad, when I met her, all in black complete with a studded belt and combat-style boots, Morales sports more than a few visible tattoos — most of which have very specific references. There is a classic, Sailor Jerry-style image of a dame with “poison” inked below (this may be specific, too, but we didn’t get into it), but other tatts commemorate “important things in my life” — her marriage, the date Jacob was adopted, a zombie accompanied by “momma’s little monster” at Jacob’s request … and even a devilish pizza slice. (Traci “has a few hidden gems in there, too,” she relates, “but she’s reluctant to go all out.”)

That pizza may turn out to have predictive power, as slinging serious pie is one of Morales’ dreams for future engagement; the punk rebel, it seems, is really a kind of softie who envisions a restaurant where she can easily engage with people across a counter. “Cooking has come a long way, and there’s some really crazy stuff happening,” she says, but her plans skew more old-school. “I really love people,” she adds with a sly smile, “and I’d love to open a pizza place [where that would be possible], or maybe a stepped-up rock ‘n’ roll diner” that would play to the triad of things important in her life: food, family and music.

Of course, there’s the theatrical side of it too. “Tossing food in an open kitchen, you get some spark, some action, lots of oohs and ahhs,” she admits. Spark, action, ohhs and ahhs … what’s not to like?

The Stonewall Democrats of San Antonio announced their candidate forum and endorsement meeting will take place on Sunday, January 28...