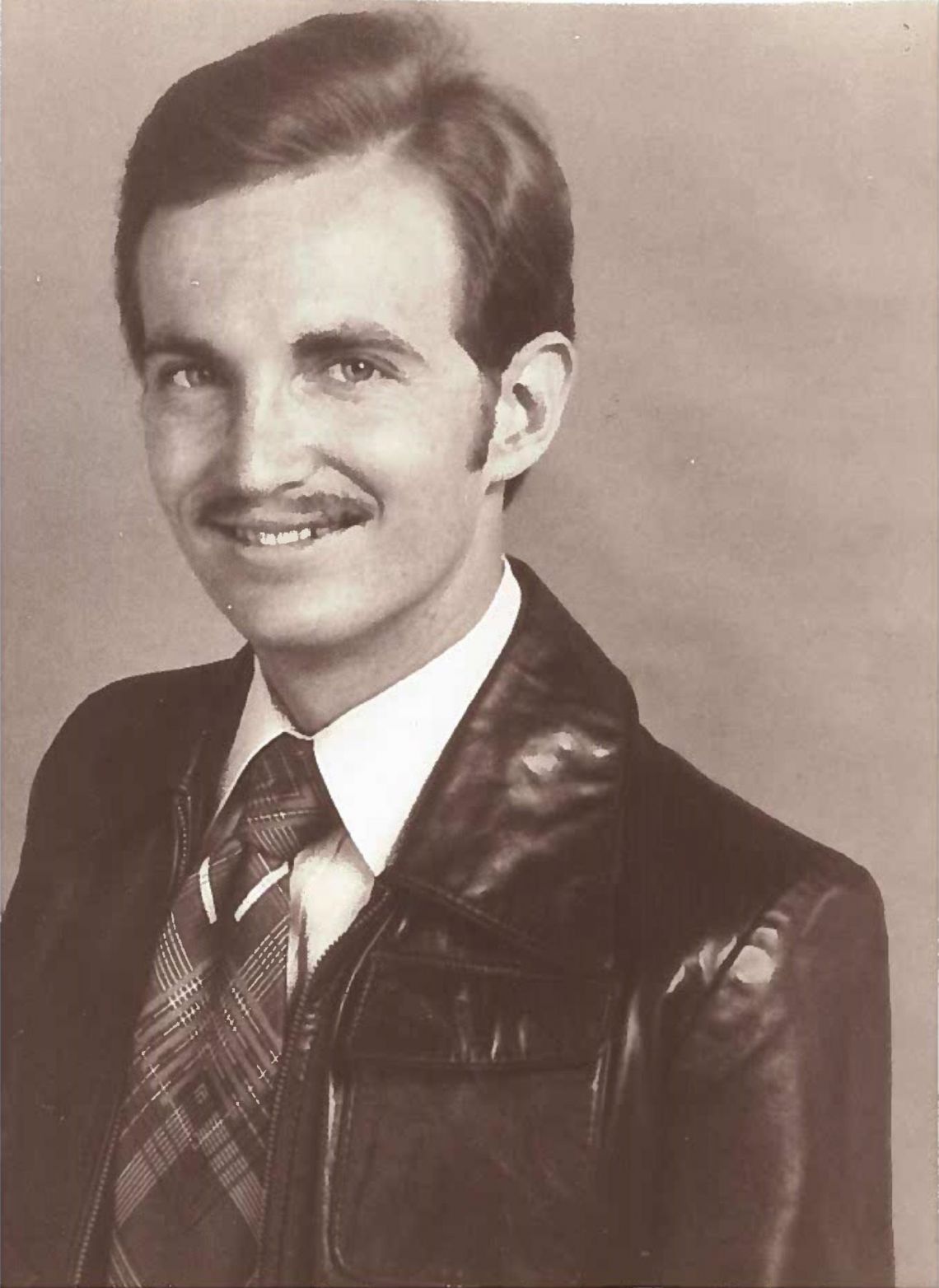 Gene: So Andy, so nice to have you visit the Chartreuse Couch. You have been in San Antonio since the early ’70s. What brought you here?

Andy: My first visit happened in 1970. I came to visit a friend who lived at 323 East Park Avenue, in a duplex in the back of the property. The main house was owned by a longtime gay couple nicknamed “Big Bob” and “Little Bob.” They hosted wonderful Halloween parties, and people came from out of state to celebrate. It would not surprise me if there were 300 people at their Halloween parties, all in costumes. I remember that one fellow came as Marie Antoinette, with an angel-hair tall wig and a train with two young men carrying the corners of the train. At one point, Marie got indigestion and needed Tums or Rolaids, and so she walked down the sidewalk on McCullough to a convenience store to get some, with train carriers behind her. Gene: Yes, our Halloween parties have a long and glorious history. And a liberating one, too. What do you remember about the bars in the ’70s? Andy: In the early 1970s, there were a few gay bars in town, but they were small and darkish. I remember the Christopher, where I think El Mirador restaurant is today. El Jardín at 106 Navarro, its code name was “the 106.” Near El Jardín, within stumbling distance, was the Crew on East Market, just East of Navarro, and the Atlantis at the southwest corner of Market and Navarro.

Gene: I have never heard of the Atlantis.

Andy: It was in a two-story, dark brick building, in the basement. The building abutted the river, so perhaps that is where it got its name. I think there was a bar called the Buddha on San Pedro, but I never made it there. There wasn’t a dance bar in the city. The only place to dance was the “old” Country outside the city in converted barracks.

Gene: Yes, we have many stories about the bar referred to as “the Country.” That is why Hap and I called our disco the San Antonio Country.

Andy: The entrance was a long hall, and thus the constabulary couldn’t arrive without the door people being aware of their presence. Around 1971 or 1972, the Arena opened where W.D. Deli now is on Broadway. The Arena was the first dance bar within city limits, and like many bars, it had a rear entrance.

Gene: I went to the Arena many times before the San Antonio Country opened in April 1973. That was the end of the Arena.

Gene: I was told about that too, years later. I’m sure they were underage. A real problem then and now.

Andy: When the “Cotton-Eyed Joe” came on the sound system, everyone grabbed the nearest person — man, woman, stranger, hetero, who cared? — and we all line-danced and yelled “bullshit!”

Gene: That was always popular with the lesbians. I don’t think they do that anymore, do they?

Andy: I remember the clubs on Main and the Spanish Harlem on North St. Mary’s next to the Josephine Theatre.

Gene: I noticed that they just tore that building down. And the first building used for AIDS patients on Broadway. So let’s talk psychology. Give us your impressions of what the gay community was like in the ’70s before AIDS.

Andy: San Antonio in the early 1970s was seen as a “sleepy village” by many residents. We San Antonians did not think of ourselves as national trendsetters — San Francisco and New York City were the incubators. We did not have a “gay ghetto” like Oak Lawn [in Dallas] or Montrose [in Houston]. Gay people lived throughout the city, sometimes in family homesteads. Sometime in the 1970s, several young professional gay men moved to the New England Village apartments on Melrose, so that was an enclave of sorts. While people did visit bars, huge house parties were the place to meet people you never would see in public, and some of the parties were quite elegant affairs. One thing strange to young people today is “bar names.” Gay activity was criminal in the early 1970s, officially a mental illness. The vice squad would engage in entrapment inside gay bars. The wrong invitation or touch could get you arrested. Openly identifying oneself was not a good idea, until enough time passed to trust the other person. So, when we went to bars, and sometimes at parties, we used an alias. If someone said only his first name, that might be true or not; someone stating a full name probably was using a bar name. Mine was Alex DePaulo. By the late 1970s, this practice mostly had fallen away. Andrew McPhaul in the present day

Gene: Interesting, I had not heard people speak about bar names. And you had gone to the “old Country” outside the city limits too? What was that like?

Andy: For some reason, I remember it being well-lighted for a gay bar, and I think the walls were painted light green. Plus, the long concourse entrance was sloped. I also recall it being noisy, but most places were. No gendarmes came by the one night I was there, but I saw the famous lamps on the walls. If they began to flash, it was time to get off the dance floor or continue dancing but with someone of the opposite sex. For big city folks, this was a “quaint” requirement. In the main, I don’t remember any police harassment of gay people in San Antonio nor in Galveston. Other cities in Texas had aggressive police actions. I knew someone who was at a private party when the police raided and arrested everyone on morals charges.

Gene: And you have experience as a counselor.

Andy: Thank you for asking, Gene. I am a licensed mental health counselor by trade, and I have served people with all stages of HIV disease since the mid-1980s. Like all survivors of the epidemic, I have been moved deeply by my personal losses, and honored to serve other people facing the same situations. We are in year 36 of this disease, and no one could predict what would come next, and still cannot do so. We’ve all been hit by tidal waves of emotions for years now. There is still much emotional processing of events to return us to as close to normal as can be done.

Gene: I know that the loss of fellow gay travelers is what brought about the history archives. I realized our history was being thrown out. What advice do you have for the young gay community about AIDS?

Andy: Take the long view, is my advice. Today some people with HIV respond well to multi-drug therapy, and for them the immediate future looks brighter. We all are grateful for it. In the long view, though, there remain unanswered questions about HIV disease. Historically, the virus mutates quickly and most medications no longer work after a time. Even when the medications work for immunity, there can be horrific side effects to them. If government funding is withdrawn, HIV medicines can be unaffordable for most people, who will become very ill. There’s too much we don’t know about HIV and the future, scientifically and politically, to take a chance on infection. Those factors remain “unmanageable” for a disease that is called “manageable.”

Gene: And about now in history. What do you think about current affairs? That is a big topic, but your impressions?

Andy: As in the 1930s and the 1960s, once again we are living in an age of extremes and extremists. As a senior of 67 years, I appreciate the importance of the issues, but I find all the brouhaha exhausting.

Gene: And have you ever seen a UFO?

Andy: Yes, actually. It was December 1967, the year of the Summer of Love, and I was a teenager escaping to Haight-Ashbury via Greyhound. We stopped for coffee and sandwiches near midnight in some very small place in Arizona. In the black sky, several of us saw a pale blue object traveling at high speed, horizontally. It split in two, and both pieces traveled in graceful arcs and then disappeared. I was too young for acid and hadn’t yet reached San Francisco, so I must’ve seen it correctly.

Gene: What books do you recommend on a gay reading list? And who is your gay hero?

Andy: For anyone struggling with matters of faith, I recommend books by John Shelby Spong, who brings renewed concepts of life and purpose, and is welcoming to gay people. Fellow Quaker John Calvi has been a spiritual healer for decades, and he has a book of his experiences. My gay hero is Richard Simmons, the fitness guru. He’s such a flamer, but is so genuine in his concern for other people, that he is widely loved and welcomed by everyone who meets him. He proves being openly gay is no barrier to success and acceptance in the larger world. Gene: I let my guests ask the last question.

Andy: What would your advice be to young lesbian and gay people thinking of joining the military today?

Gene: Or transgender individuals. Well, a hell of a lot different than I would have advised in the ’70s. But with all the changes that have come about and the fact that so many retired military I talk to have such positive things to say about their experiences, I would not discourage anyone. However, I think anyone who is thinking of traveling this path should really make up their mind about taking orders. I was never good at it. So consumer beware. Thanks for talking gay history here on the Chartreuse. Gene Elder is the archives manager for the Happy Foundation. To schedule a visit, email [email protected]

In the coming days, Dia de los Muertos will be celebrated across San Antonio at a variety of venues. The...