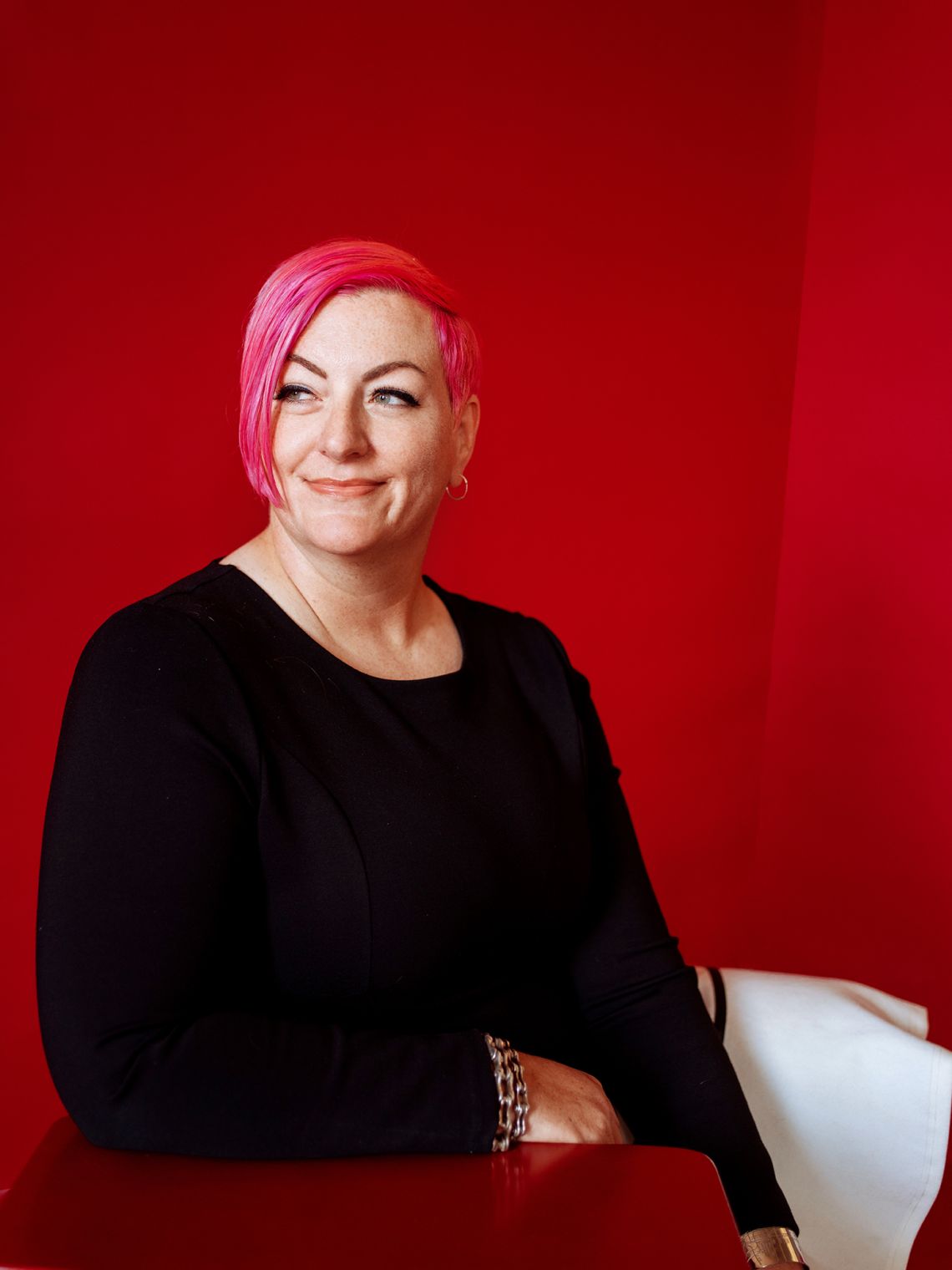 For artist, musician, graphic designer, webmaster, meditation teacher, Reiki healer and all-around beacon of creative/restorative light Danielle Cunningham, allyship comes as a result of two essential aspects of her character: her lived experience growing up as a self-described outcast and her new-age (for lack of a better catchall term) spiritual beliefs.

Growing up with parents who didn’t necessarily instill in her the values of inclusivity and acceptance, except perhaps by anti-example, Cunningham developed her own reckoning with human diversity, based on her experience of alienation — and camaraderie with others who felt the same (for whatever reason).

Cunningham, who owns and runs the graphic/web design company Serious Media, has given everything from website and branding design work to her personal voice, free time, and even money to LGBTQ mainstays like Cornyation and the San Antonio AIDS Foundation’s WEBB Party, as well as a host of other functions, organizations and causes.

For Cunningham, who sees everything she does as interconnected, just as she sees all people as interconnected, all acts of goodwill are, in a sense, acts of allyship. In the great tapestry of humanity, every minor mend adds completeness and beauty to the whole.

“If we all start with self-care, self-respect, and self-love, that will emanate out and reach other people,” she told Out In SA. And indeed, it’s hard to imagine a person who has reached true peace with themselves would want to disrupt another’s chance at that same peace.

One of the first steps we can take toward allyship, in Cunningham’s estimation, is by carefully policing our own language. “What we think, we create; what we speak, we create. Our words matter immensely, even the words we speak to ourselves,” she explained.

For her, it is of the utmost importance that we “speak to others only with higher vibrational words and frequencies.”

So, whether it’s being conscious about the businesses you patronize and the ideals they promote or giving your time to LGBTQ organizations, whether it’s trying to be uplifting and pristine in your language choices or challenging those who aren’t, whether it’s using your special skills to promote deserving causes and people, or even learning how to truly love yourself — there are steps toward allyship that everybody can take immediately.

This business of being an ally then is macro and micro, universal and personal. It’s a commitment you make to yourself first, a commitment to consciously create the world you’d like to live in. Down one path is love, down one path is destruction. And, these two paths never cross.

It’s her grounding in meditation and healing practices, at least as much as her younger experiences of alienation, that leads Cunningham to the cornerstone of her allyship, the belief that “people are people and we are all equal; no one is better than anyone else. Everyone deserves respect, decency and love.”

While she recognizes that her very call to love, in and of itself, speaks to her privilege as a straight white woman, Cunningham nevertheless believes in leading by this example. We have to put love out into the world if we are looking to combat hate; we have to lead by shining example where our most convincing arguments might fall on closed minds and hard hearts.

As far as advice on how she believes people can be better allies, Cunningham hits on one of the sometimes-tricky aspects of being an ally: giving up control and ego for the sake of those you wish to serve.

It’s simple. If you want to be a better ally, you should actually “ask what is needed.”

Rabbi Mara Nathan Mara Nathan is not the type of rabbi I grew up with. Traditional rabbis are typically older...