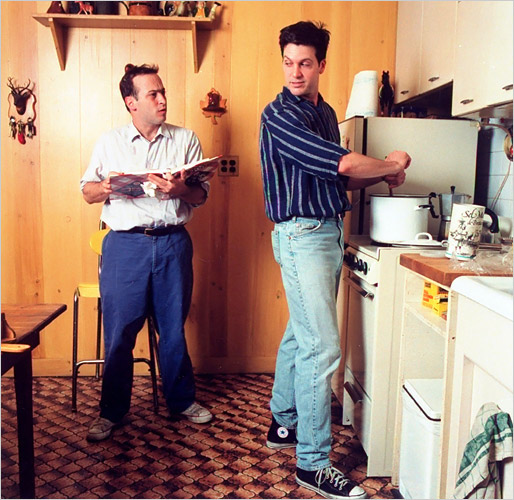 David Sedaris was 36 years old when he first caught Ira Glass’s eye. Sedaris was on a Chicago stage, diary in hand, and Glass was in the audience. That was back in ’92, so imagine a thick layer of secondhand smoke permeating the scene. Glass plucked Sedaris off that stage and introduced him to the world via the public-radio airwaves. Twenty-two years and seven million copies of his books later, and Sedaris is still standing on a stage, diary in hand. Lucky kiddos, this time it’s at the Tobin.

Billed as An Evening With David Sedaris (though at 3 pm on a Sunday it’s more of A Late Afternoon with David), the event promises anecdotes, works-in-progress, and readings from his published work.

But, the biggest treat audiences will get will be David himself. He is, without a doubt, “one of America’s preeminent humor writers,” but he is also one of America’s most gifted oral storytellers. If you’ve ever purchased a Sedaris audiobook you’ve already experienced his ability to leave you in stitches with just the simplest of inflections.  The audio version of his latest collection of personal essays, Let’s Explore Diabetes with Owls, was nominated for a Grammy.

Sedaris is the author of Barrel Fever and Holidays on Ice, a collection of fables entitled Squirrel Seeks Chipmunk: A Modest Bestiary, and seven collections of best-selling personal essays, including Naked, Me Talk Pretty One Day, and Let’s Explore Diabetes with Owls. He is a regular contributor to The New Yorker.

Hold on to your titties, kitties, because Alexander Wang’s collection for H&M is about to drop and wipe that bored...