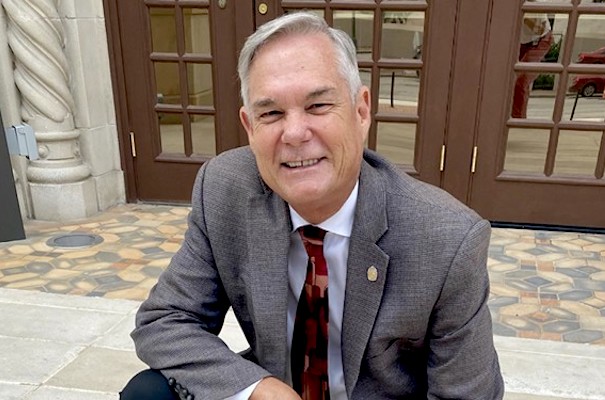 Assclown Alert is a column of opinion, analysis and snark.

It’s tempting to write off Clayton Perry, the sole conservative on San Antonio’s largely progressive city council, as a loveable curmudgeon. After all, he’s more folksy than brash in his contrarian stances, not exactly someone prone to Trumpian tantrums.

But Perry’s vote against last week’s council resolution condemning the ugly crusade by Texas GOP leaders to ban transgender kids from school sports is one more reason why we shouldn’t fall into that temptation.

In defending his vote — the only one cast against the resolution — the District 10 councilman argued that he was refusing to back an empty gesture.

“Oftentimes, these resolutions bare no teeth and go beyond the ability and responsibility of council,” he said in a written statement. “Potential legislation regarding this issue is currently under review at the state legislature. This resolution, like many others that have come before council, is an attempt to point fingers and place blame on our state and federal leaders.”

Perry’s right in one sense: Republicans in the Lege don’t give a shit what San Antonio’s city council has to say about their latest bill to marginalize transgender kids. To be sure, those lawmakers haven’t listened to the parents or experts on school sports who correctly point out that it’s both cruel and unnecessary.

The reality, however, is that political bodies pass resolutions of approval or disapproval all the time. Yes, they’re largely symbolic, but they’re provide moral support for constituents affected by the issue. They have value in establishing how a community stands.

While Perry has voted against plenty of resolutions, he’s not universally opposed to them. Last year, he voted for one condemning pandemic-related hate speech, and in 2019 he supported another calling for an end to mass shootings. Did he really believe his vote would abolish either ill?

Perhaps Perry’s opposition to last week’s resolution — like his abstention from one last year declaring racism to be “a public health crisis” — isn’t so much rooted in his opposition to the practice itself as it is in signaling to voters in his conservative-dominated district where he falls on America’s deepening partisan divide.

The Lege’s politically motivated assaults on trans kids affects families in Perry’s district, and it’s taking a dark toll. The Trevor Project, a suicide prevention group serving LGBTQ+ young people, said crisis contacts from Texans is up 150% from January 1 through August 30 compared to the same period of 2020.

Council’s resolution matters to San Antonio families affected by the Lege’s ugly fixation with punishing transgender kids. If Perry is unwilling to stand up for them, even symbolically, he’s clearly put being a pandering assclown ahead of his role as a public servant.