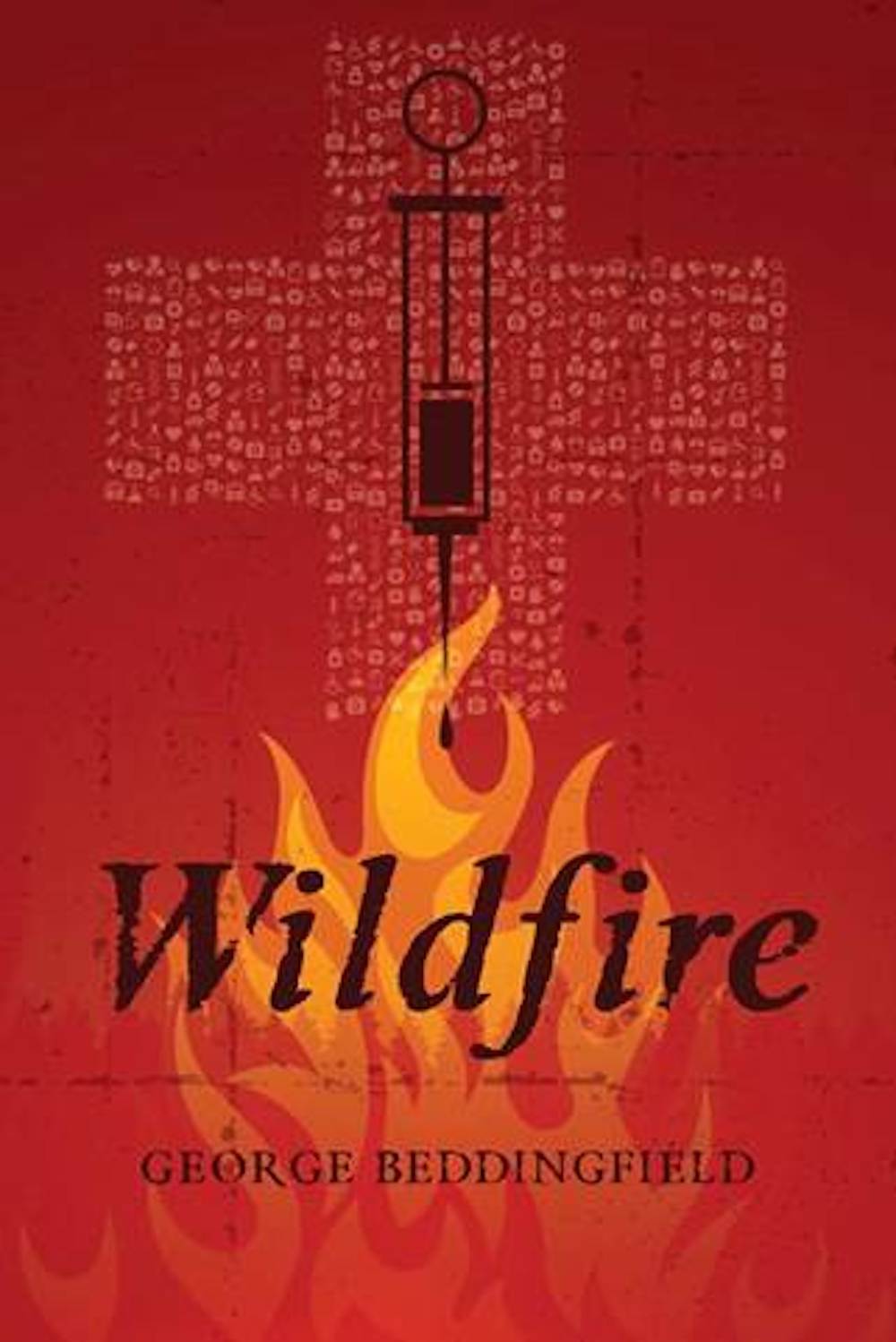 George Beddingfield is a Georgia boy who grew up to be a physician. But even physicians have to retire some day. Instead of golf courses and palm-tree-lined streets, Beddingfield wakes to the cold hard glare of a word-processing document.

“I write full time,” he explains, “every day of my life I write.” The effects of this routine have proven salutary. Since his retirement in 2008, Beddingfield has authored four novels, including a trilogy chronicling the life of a fictional man named Dr. Jonathan Harding, whose adventures Beddingfield admits are modeled after events that have occurred in his own medical practice and life.

With the release of his fourth novel, Wildfire, Harding takes a backseat to medical student Jeremy Becker. In Wildfire, readers travel to the 1980s, into a world that “never was but might have been.” In this alternate universe, society is segregated into two groups: HIV Positive and HIV Negative. When Positive patients begin to die, Becker suspects that something greater is at work, and it is up to him to expose the truth.

Fear rests at the root of this dystopian novel. Beddingfield was a practicing physician at the onset of the epidemic: “People didn’t understand it. People didn’t know what caused it. There was no really effective treatment. So fear drove a lot of decision-making.”

During the late ’80s, Beddingfield ruminated on this idea of fear that spread like wildfire, and wrote the first draft of the novel. He locked it in a drawer and forgot about it until a year ago. Realizing the first manuscript was unworkable, but the premise intriguing, he rewrote it. Now, he brings his completed novel to The Twig Book Shop (306 Pearl Parkway) for an evening of signing, reading, and discussion.

All of Beddingfield’s novels are available in print and e-book format and can be purchased at Amazon.  To learn more about George Beddingfield, visit www.georgebeddingfield.com. For more information about The Twig Bookshop visit http://www.thetwig.com.

Army of Nun rings the bell for HIV/AIDS charities