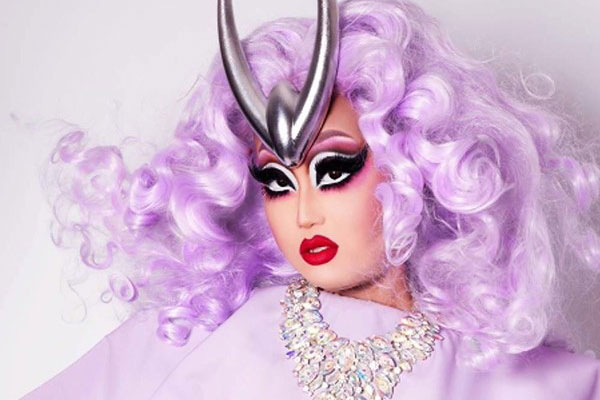 In the nine years since its premiere on Logo, RuPaul’s Drag Race has become a television staple satirizing gender stereotypes while championing the rise and acceptance of LGBT culture. Not without its critics, the show has been accused of advancing negative racial stereotypes and its namesake drag icon has even been accused of making transphobic comments.

While often showcasing crass or politically incorrect humor, the drag competition show remains a beacon of hope for many in the LGBT community. Within this setting of contradictions and boundary-pushing antics emerged one of the show’s most endearing, breakout stars — season eight finalist Kim Chi.

As one of the first Korean-American drag queens on reality television, Kim Chi described her look as “a live action anime-character who works as a high-fashion model.”

While her inability to walk in heels became a running joke on RPDR, she quickly redeemed herself with a performance of the song “Fat, Fem, and Asian.” An anthem of self-love, “Fat, Fem, and Asian” humorously preaches strength and beauty through diversity.

On Wednesday, January 31, Kim Chi returns to the Alamo City for two performances at Heat courtesy of Rey Lopez Entertainment.

Owner of Pegasus Nightclub Runs for Congress as a Republican

Mauro E. Garza, the owner of the Pegasus nightclub on the Main Avenue Strip, has thrown his hat into the...