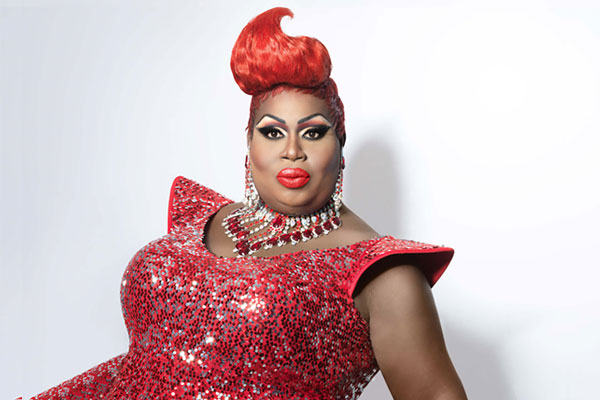 Known to be “large and in charge,” Latrice “mutha fuckin” Royale is one queen you don’t wanna mess with. As evidenced by her extended stay in a Florida jail back in 2007, the season four RuPaul’s Drag Race contestant will cut a bitch.

Don’t let her intimidating figure and questionable past fool you: Royale is actually one of the most lovable queens in RPDR herstory. Although it’s clear she’s not here to play, this fan favorite is also known for her boisterous laughter and even has a candy bar named after her.

On Wednesday, June 26, Rey Lopez Entertainment will welcome the drag star for two shows at Heat Nightclub with support from the RLE Showgirls.

After taking her one-woman show, Here’s to Life, across the country and starring in the Josephine Theatre’s production of The Rocky Horror Show, Royale returns to the Alamo City bringing along her impeccable lip-syncing and Beyoncé-inspired dance moves.