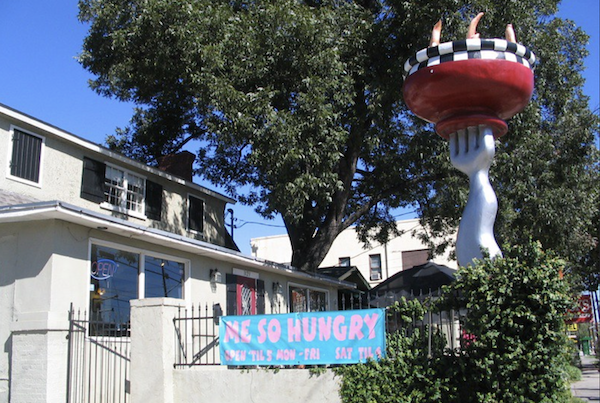 The Broadway lunch spot’s founders searched for two years for the right successors.

After a two-year search for the right caretakers, the founders of near-downtown lunchtime favorite W.D. Deli have sold the business to local couple Steve Clemens and Kelly Balubiak.

In June of 2020, longtime owners Wayne Beers and Michael Bobo put both the Broadway dining mainstay and its distinctive building — a converted two-story home — up for sale, citing the desire to spend more time at their Puerto Vallarta, Mexico condo. Can anyone blame them? “You know, we ran this place for 32 years, and it’s just time. Time to do something different,” former owner Beers told the San Antonio Current via phone. “The deli’s at a place where it needed someone who could take it to the next level, but we had to take the time to find someone who wouldn’t come in and completely steamroll everything we created.”

Beers and Bobo — who have already made the trek to sunny Puerto Vallarta — specialized in serving up casual lunches and brunches since 1990, drawing diners from all over the city. The cozy deli is also known for hosting events ranging from weddings to wakes, and it frequently caters lunches for local businesses. Clemens and Balubiak were a natural choice to take on the legacy, Beers explained.

“We didn’t know them personally, though we had a lot of mutual friends. But when we met them, it was clear that they wanted to come in and preserve what we’ve done while making it better,” he said. “We met so many people who made it clear that their intentions were to change everything. [Balubiak] said she felt like we were trusting her with our baby, and that really hit home for us.”

Clemens and Balubiak are already at the helm of the eatery, located at 3123 Broadway, serving brunch and lunch Monday through Friday, 10:30 a.m.-4 p.m.

On March 24, a San Antonio jury returned a verdict in favor of Christopher Hoffman, a gay man who sought...