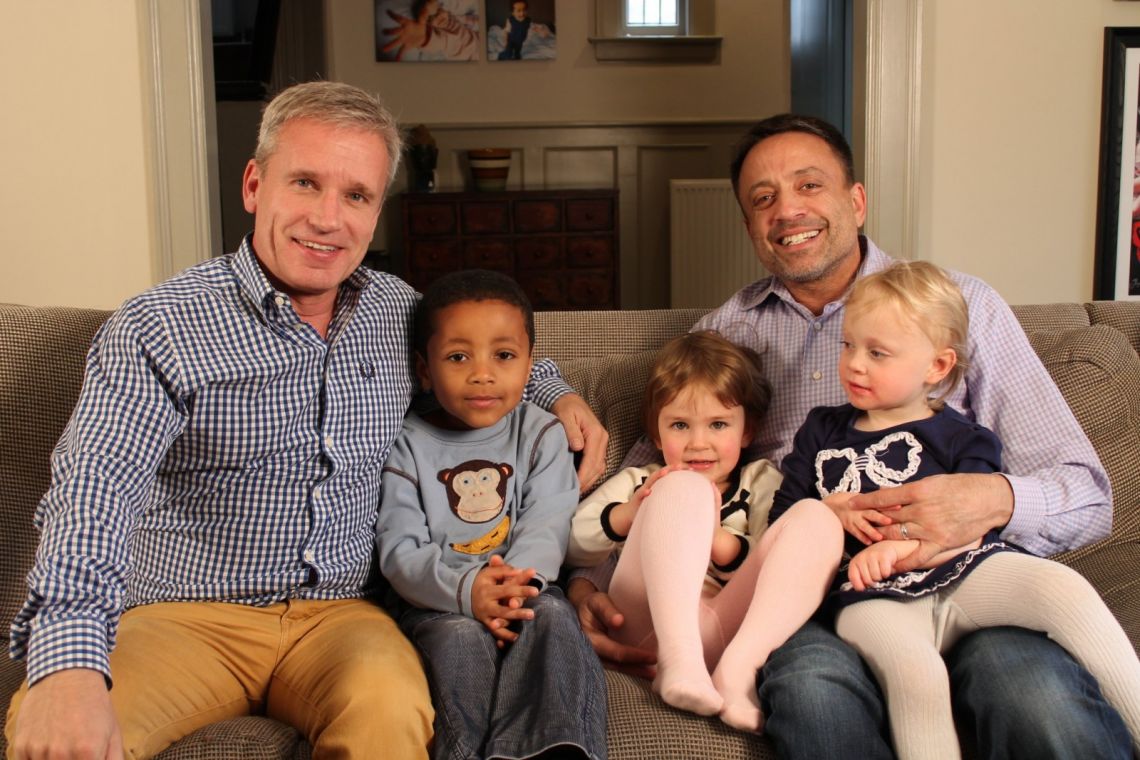 Gays With Kids founders Ferd Van Gameren (left) and Brian Rosenberg, with their son Levi and daughters Ella and Sadie

With the holiday season steadily approaching and families coming together, it’s hard not to feel the stress of managing a household. Head on over to Gays With Kids: the world’s first and largest online resource for gay dads and those considering raising children. Since launching in 2014, Gays With Kids has been helping its visitors navigate many of the everyday obstacles parents face on a daily basis. Aside from expert advice, daily blogs and relevant news articles, the site features hundreds of galleries and profiles of gay dads from various walks of life and from all over the world. Short video documentaries, released every week, follow dads around as they live their lives, raise their kids and share their experiences with the greater LGBT community.

Founders Brian Rosenberg and Ferd van Gameren are husbands and dads with three young children. “The idea for Gays With Kids was born shortly after the birth of our oldest child, and our launch a few years later coincided with the disposal of one of our twin daughter’s last diaper,” they state on the site. They hope to expand, and become a sustainable long-term business after the launch of a mobile app in 2016. Those wishing to support the Gays With Kids Mobile App can contribute to the online community’s Indiegogo campaign through December 4.

The Esperanza Peace and Justice Center will once again kick off the holiday shopping season in San Antonio with the...