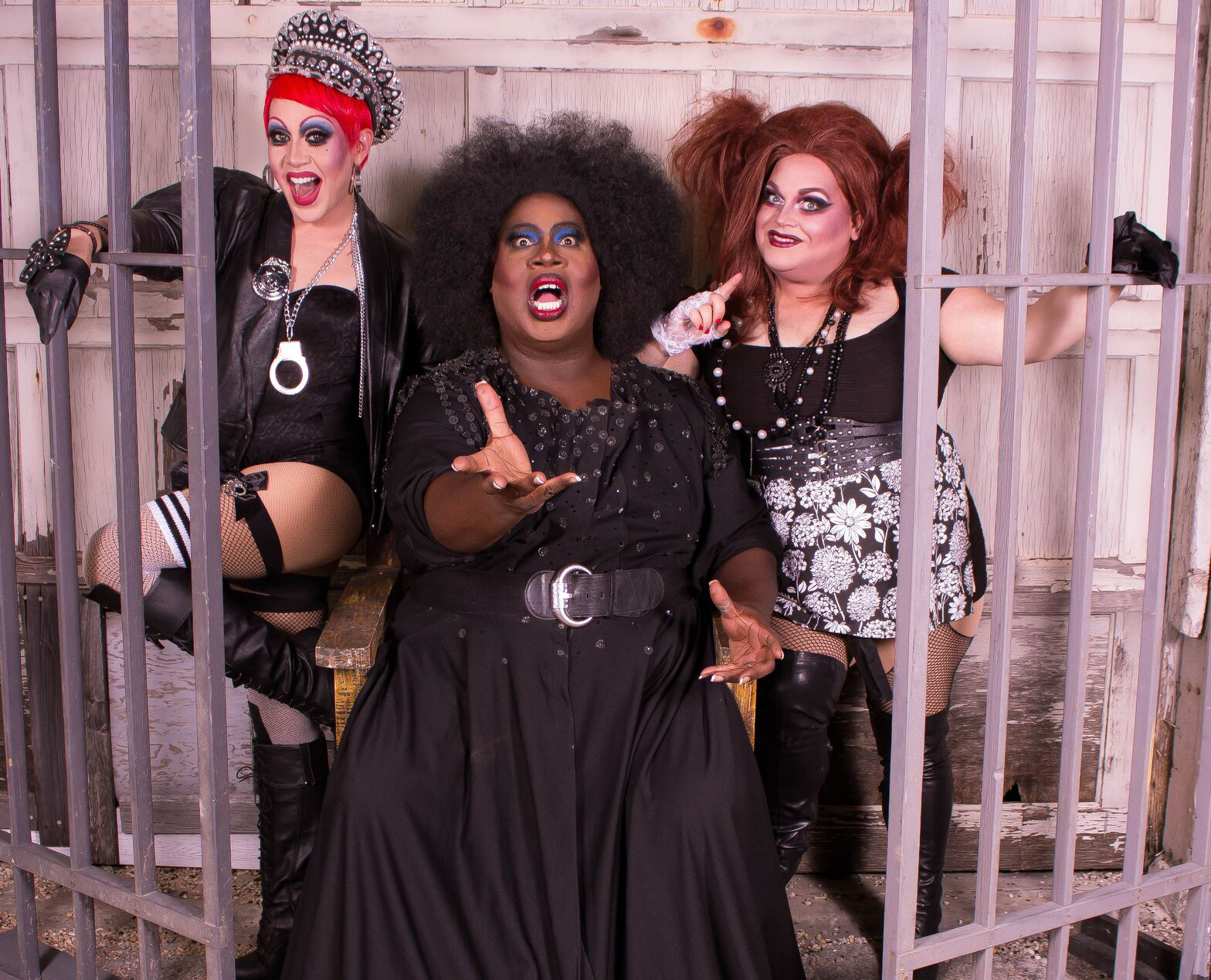 Decades before the dawn of RuPaul’s Drag Race, British playwright Richard O’Brien’s The Rocky Horror Show challenged the status quo and championed a similar message of self-acceptance. Both the Logo reality series and the 1973 musical transcended their early cult status to become icons of pop culture.

In 2012, director Greg Hinojosa, then with the Woodlawn Theatre, tapped into the allure of these two cultural mainstays, casting RPDR alum Sharon Needles in that year’s production of Rocky Horror, sparking what is now an annual extravaganza and fan favorite. Hinojosa, who stepped down from his position as the Woodlawn’s artistic director in 2015, now brings his ever-evolving adaptation of Rocky Horror to the Josephine Theatre for a five- night run in October, this time bringing local nightlife promoter Rey Lopez on board as co-producer.

Whether it’s the S&M costumes of the 2013 production starring Willam and Alaska, or the circus milieu of the 2014 edition starring Bianca Del Rio and Courtney Act, fans have come to expect a different theme each year. While remaining tight-lipped on this year’s theme, Hinojosa told Out In SA it will be partly inspired by the personal histories — and controversies — of the leading cast members. Director Greg Hinojosa and co-producer Rey Lopez photographed by Julián P. Ledezma for Out In SA

Taking the stage this year will be Latrice Royale as Dr. Frank N. Furter, Ginger Minj as Magenta and Phi Phi O’Hara as Columbia. “When you see them in a theatrical setting, it opens up the perception that these are more than drag queens,” Hinojosa said. “They are actors and singers.”

Indeed, all three performers have pushed the boundaries of drag with their own projects. Royale and Minj have both toured their own one-woman shows in recent months and O’Hara has revealed her theatrical mastery of costume and makeup with her “365 Days of Drag” challenge on social media. All three are also RuPaul’s Drag Race All Stars, with Minj and O’Hara having competed on the most recent season.

In anticipation of this year’s production, Out In SA spoke with Royale over the phone from San Francisco, where she was performing her show Here’s to Life. Known for being “large and in charge,” Royale was forthcoming about her past, present, and future, and laughed out loud at many of our questions. Where you a fan of Rocky Horror before getting this role?
I wouldn’t say I was a diehard fan. I’ve grown to love it. This was quite a surprise and honor when I was asked to do it, so of course, now I’m all in.

How do you think your talent, as a drag performer, will translate into the theater?
This is high drag at its finest. I love Tim Curry and what he has done with this role; he put his stamp on it. Everyone knows the role from him, but I think he left it open to interpretation.

You’ve been very open about your past and time spent in jail. What are some of the lessons that you learned in your younger years that you still apply in your daily life?
I wasn’t that young when I was arrested, it was just that I was stupid. I was younger, but in those days, I can say I should have known better. The biggest thing is really knowing more and being more aware. Now I’ve grown to learn that you can’t wish things away — you have to take care of your responsibilities. I’m very candid as far as my background. I’m proud of my accomplishments and what I’ve accomplished since then. I don’t have anything to hide.

You gave a very emotional exit after you were eliminated from RuPaul’s Drag Race season four. What were you able to learn from RuPaul?
RuPaul has been a constant influence in a lot of our lives as far as drag is concerned. What he’s done for the industry, and now for the world — drag was not always understood as much — I think creating the show, RuPaul’s Drag Race, has really given an insight into the person behind the makeup. People get to see that this is really an art form, and a legitimate and viable career, whereas before, it wasn’t even a consideration. It was very underground and not mainstream. It’s still not as mainstream as we want it to be, but it’s definitely more in people’s consciousness. He’s done amazing things not only for himself, but there have been 100 [contestants] now. We have careers because of that.

You gave a standout performance this past July at the Rey Lopez Birthday Bash. Is that a bit of Beyoncé and Tina Turner I’m detecting in your dance moves? Who are your some of your musical influences?
Absolutely, you are right on the nail with that! I love Tina Turner, and Beyoncé definitely has an influence on a lot of what I do as far as a performer. But yeah, I’m a fan of both. I have that old-school, and that new-school flare as well. Beyoncé is definitely a mix of that as well. But I have to be that girl, too. I gotta stay present and relevant, but old-school at the same time.

Is live singing something you want to incorporate more into your performances from now on?
Well, I have been training, and it’s a big part of my one-woman show, Here’s to Life, which we are currently touring. I got bitten by the theater bug, and I’m loving using my voice now as a tool and as a part of my show. Before, I had songs where I did more talking and melodic rap but now I love using my voice as part of the show. This is definitely something new and exciting, and fresh, and I want to cultivate it. Rocky Horror is definitely going to give me the chance to do that and get more comfortable.

You and Ginger Minj both embrace and celebrate the fact that you’re big girls. Do you think drag fans are more accepting of big beautiful women, more so than general audiences?
Ginger is a little big girl! When I first came on the scene, my primary goal was to make sure that you knew I was “large and in charge,” and I did not let my weight lead to failure or hold me back. Ginger — she’s been very successful because she’s comfortable in her skin. I think now, more than ever, not only me, but Ginger and the big girls, have shown that you can be big, juicy, voluptuous or whatever, but you’ve got to be confident.

What other hidden talents do you have that fans will be surprised to see in Rocky Horror?
I think they are going to be shocked just to hear me sing, period — they are not used to that, you know what I mean? I’m excited to show that I have more to give … As I’ve said before, we are touring my show, Here’s to Life, and my album is available on iTunes.  It’s live in the studio with me and my band and a microphone. It’s something different and I think people should check it out. It’s a jazz album. It’s for the soul, the mind and the body.

Early voting for the November 8 election begins on October 24 in Bexar County and continues until November 4. The...