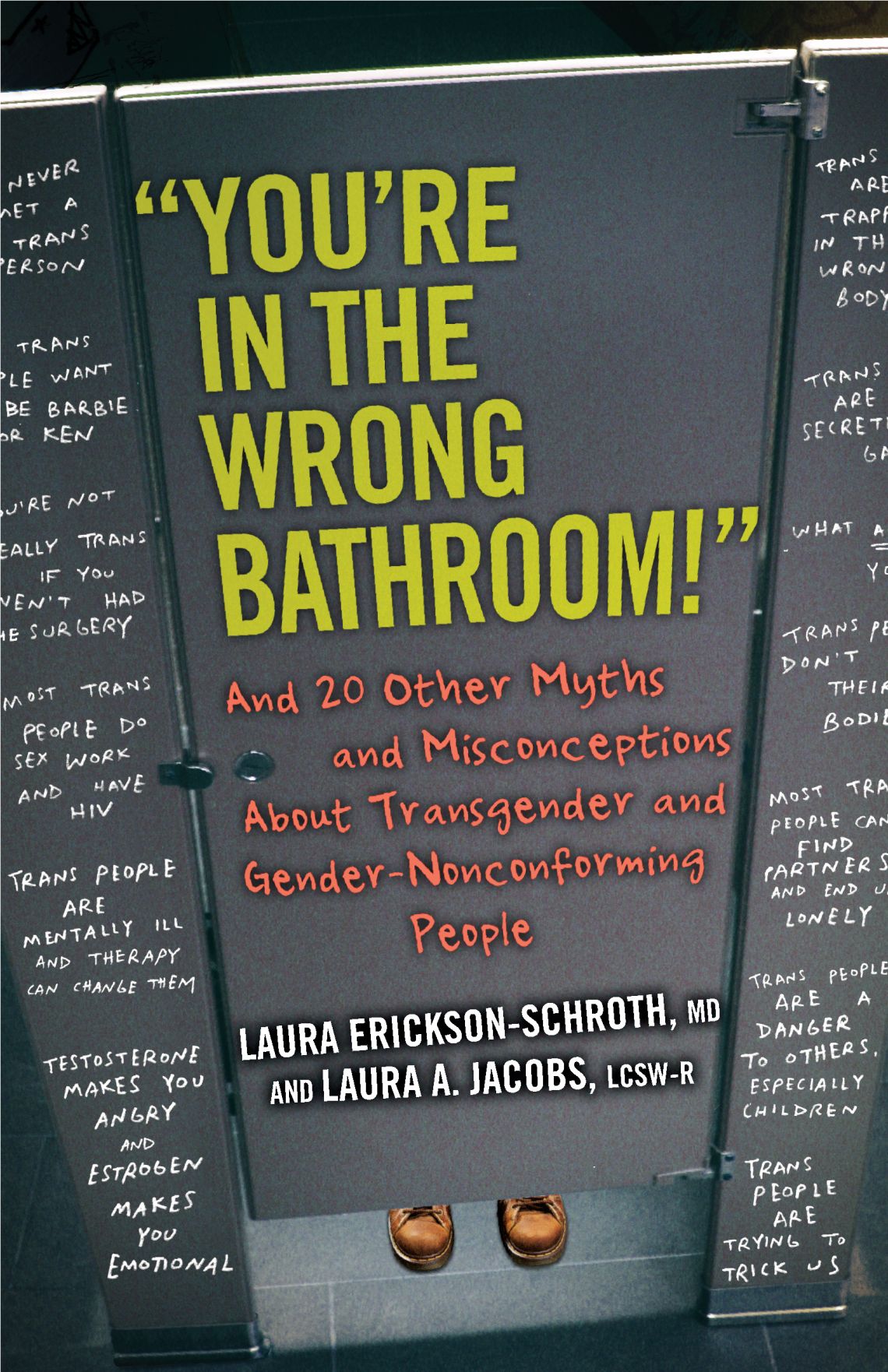 The first time I heard about transgender people, it was the mid-1990s. The Crying Game had been out for nearly half my life, but I’d never been able to understand the hushed conversations around the movie. My parents didn’t want to talk too much about the “twist” in the middle, but they assured their friends that “you won’t even see him — or her or whatever — coming.” Jaye Davidson as Dil in the 1992 film The Crying Game

I would eventually parse together what was so surprising about Dil the nightclub singer, and see transgender people on talk shows after school that my mom didn’t want me to watch. In my formative years, transgender people were a kind of negative space; something that was there, but only through the roadblocks that others had put around the topic were they visible. It would be more than a decade later before I understood what the word transgender meant — and more importantly — what it didn’t mean.

That’s not the case now. In 2014, Time reporter Katy Steinmetz announced the “transgender tipping point” and most culture — be it movies, TV shows, or fumbling newscasters covering Gavin Grimm’s case — has been catching up ever since. Though I can have a conversation with someone about the notorious HB2 ruling in North Carolina, I still feel as if there is a lot of catching up to do in terms of knowledge. Trans people may not exist in a negative space, but some days it feels like a game of broken telephone, and I’m consistently getting garbled messages. If you’re trans, you’re obviously gay and couldn’t handle it. If you’re trans, you’ve obviously had surgery. And if you’re trans, please get out of my bathroom. These rumors and half-truths are the exact topic of Laura Erickson-Schroth and Laura A. Jacobs’ book from Beacon Press, “You’re In The Wrong Bathroom!”: And 20 Other Myths or Misconceptions about Transgender and Gender Nonconforming People, which came out in May 2017. Myth #5 tackles the gay assumption, myth #3 deals with the surgery assumptions, and myth #13 is the ever-present bathroom issue. The authors outline each myth for its historical roots, how it comes up in modern circumstances, and how it undermines transgender identity. After this explanation, the authors often present other options for dealing with the situation, effectively showing the original message as it should be, not filtered through a dozen miscommunications. For instance, you probably shouldn’t ask about someone’s surgical status, but you can ask their pronouns and their name, and use them consistently (myth #6 and #7).

While it’s obvious that a majority of cisgender people need this kind of rumor-control, the authors don’t always specify cisgender people as their sole audience. Trans people can still perpetuate many of these rumors, and for many different complex reasons. Because the relationship to surgery/medical treatment becomes such a part of surviving in the daily world as transgender, many trans people perpetuate the myth that you need surgery in order to be trans. Similarly, many trans people take their subjective experience of gender and project it outward onto a larger identity group, creating the “trapped in the wrong body” narrative. I was utterly elated to see the authors tackle the “wrong body” myth as #4. It has become one of the most common tropes used to tell transgender stories, but it is also one that has a mixed result in the transgender community. All the way back in 1994, Kate Bornstein was already criticizing it, but you wouldn’t know that because misinformation is circulated so rampantly.

Erickson-Schroth and Jacobs tackle that misinformation head on, and by providing an explanation as to how and why this happens, they humanize the issue. This is not a didactic book that is part of a “call out” culture which seeks to demonize a person or group of people. Realizing that you’re wrong about something is hard, and the authors know that because they have made many of these mistakes. When you grow up, as Allison Washington describes it, during the “transgender dark ages” without access to information, you will get something wrong. There is a reason why I had no idea that transgender men could ever exist until well into the 2000s: all I saw was Dil from The Crying Game, and everything else was hushed.

We may not be in the “transgender dark ages” anymore, but we’re still lacking representation and proper information that’s been vetted and explained. I study trans representation for a living and I still find contradictory perspectives and misconceptions. Erickson-Schroth and Jacobs’ book is invaluable because it’s clearly written, tightly focused, and allows me to clear-cut my way through a lot of misinformation and get right to the point in my own work. I want to have several copies of this book on my shelf so I can give it to people, rather than telling them to “Google” the answer, because even the wonderful Google can perpetuate this seemingly never-ending game of broken transgender telephone.

That being said, this work is not perfect. While I applaud and commend them for the 20 myths they investigated, and I’m especially impressed with their historical attention to detail for myth #18 (trans people have existed through time), I was struck by one myth that remained undetected and often repeated through their work: the transgender bravery myth. On page three of the book, they discuss earlier historical cases of trans people (such as Lili Elbe, the basis for the 2015 film The Danish Girl), and they write this telling paragraph:

However, most transgender people were not having surgery, and many were living marginalized lives, obtaining hormones via black-market sources, or, for the most part, were simply people assigned male at birth but living full time as female with no access to formal treatments, including surgeries. There were an infinite number of reasons for this, including cost, subpar results, and the profound bravery it took to come out as transgender.

Transgender people are not brave, because for me to call them brave means that I’ve naturalized their position of oppression and assigned it to them as a personality trait. Instead of critiquing a medical and legal system that made (and still makes) their life difficult, assigning bravery to their identity, means that all those who fail against this system are cowards. To call Caitlyn Jenner brave for coming out obscures the fact that she has money and power, and it obscures the everyday reality for a trans woman of color who may not come out because she is legitimately afraid for her safety. Bravery has nothing to do with transgender identity, and to see the bravery myth perpetuated in small ways in this work is my only substantive critique. And even then, it still won’t stop me from recommending it because there is still so much work to be done on this issue.

At the end of the day, cis and trans people are remarkably alike. That’s not a rumor, or a surprise twist ending, that’s just the fact. Erickson-Schroth and Jacobs help to demonstrate the normality of transgender life, which will hopefully usher in a new awareness that will end this broken telephone game.

“You’re In The Wrong Bathroom!”: And 20 Other Myths or Misconceptions about Transgender and Gender Nonconforming People, Laura A. Jacobs, Laura Erickson-Schroth, Laverne Cox, The Crying Game, The Danish Girl, transgender identity

The City of San Antonio's Metropolitan Health District is hosting a transgender panel discussion which will seek to shed light...