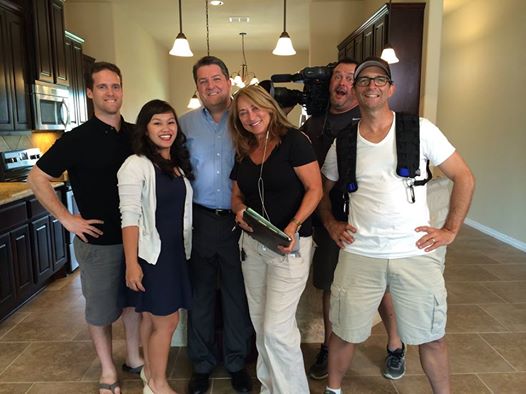 San Antonio realtor Trent Boarnet says he was pleasantly surprised last fall when a couple who was looking for a home asked him if he would be interested in having the house-hunting process filmed for an HGTV series.

Boarnet agreed and last September he and the couple completed shooting for an episode of “House Hunters” that will air in about three months.

According to HGTV: “House Hunters takes viewers behind the scenes as individuals, couples and families learn what to look for and decide whether or not a home is meant for them. Focusing on the emotional experience of finding and purchasing a new home, each episode shows the process as buyers search for a home.” The show airs weeknights on HGTV at 9 p.m.

Typically, in each 30-minute program a realtor shows a couple three homes based on neighborhood, design style and other factors. At the end of the show, the couple reveals which home they’ve decided to buy.

Soon after the filming in September, Boarnet says he got a call from Pie Town Productions, the producer of “House Hunters,” asking if he would like to film another episode.

Boarnet gave them an enthusiastic thumbs up. “They told me I had good television presence,” he said. In fact, the producers liked Boarnet so much they told him they might shoot a few more episodes with him here in San Antonio.

This past weekend, Boarnet and a local couple filmed his second segment for “House Hunters.” The normal production schedule involves five days of shooting and about three to four months of post production. That means the October episode shot in San Antonio will most likely be aired sometime around the first of next year.

Boarnet has been a realtor since 2007. He is affiliated with Keller Williams Alamo Heights. However, he says he sells homes all over town. He developed an interest in real estate as a young man when he worked part-time at his parents’ real estate firm.

“I get a great deal of satisfaction from helping people find the home they want,” he says.

Boarnet lives in Alamo Heights with his husband of 12 years and their four dogs. He can be reached via email at [email protected]

Male B Wear is looking for models

Male B Wear, the Main Street men’s foundation-garment shop, has turned its local-model pop-up into a full-time offering. The store opened...