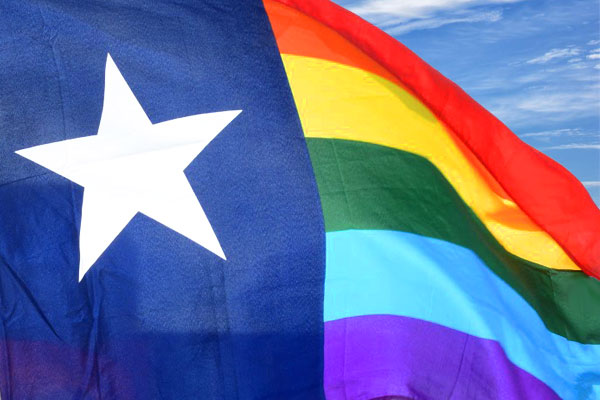 Texas lawmakers are trying to focus on school finance and property taxes. But they’ve opened the door to state preemption of local laws that protect LGBT Texans.

By Ross Ramsey, The Texas Tribune

The leadership’s sales pitch for the current legislative session was all meat-and-potatoes, bread-and-butter stuff. No sharp objects, or frivolity or small-time political wedge issues.

But cultural issues bubbling up in the Texas Legislature are tempting to partisans — and a test of whether lawmakers can ignore distractions on their way to school finance and property tax fixes.

Gov. Greg Abbott, Lt. Gov. Dan Patrick and House Speaker Dennis Bonnen came out on the first day with that tight agenda of school finance and property taxes. Patrick added teacher pay and neither of the others objected. A few days later, joined by Sen. Paul Bettencourt, R-Houston, and Rep. Dustin Burrows, R-Lubbock, they promised a form of synchronized legislating, saying the Senate and the House would start with identical legislation requiring voter approval of property tax revenue increases over 2.5 percent.

There was talk that the school finance bills from the two chambers would come out the same way. That didn’t happen, but it’s not out of reach: Sen. Larry Taylor, R-Pasadena, said a few days ago that the Senate will work from the House bill instead of from its own.

They have their differences about property taxes and school finance, to be sure, but the laser beams have been pretty effective in keeping other legislation from getting in the way.

But as important as those things are, this is still the Texas Legislature. Not all 31 senators and 150 House members are involved in the details of the main issues. They’ve filed thousands of bills on other subjects. The session is reaching full speed, churning through those measures and sending some to the full House and Senate for consideration.

Are you surprised it’s not all meat-and-potatoes, bread-and-butter stuff?

Anti-abortion bills are moving through committees. That’s not unusual, nor is the fact that lawmakers aren’t anywhere close to consensus on that loaded subject matter. Legislation that began as a state ban on local sick-leave laws has been amended and would, according to opponents, open the door for state preemption of local laws that protect LGBT Texans.

Outside of the Capitol, but near enough to grab attention, Attorney General Ken Paxton says he’s investigating the city of San Antonio for denying Chick-fil-A a storefront at the city’s airport. That started when San Antonio City Councilman Robert Treviño moved to block Chick-fil-A from plans to add new vendors at the airport, saying he could not support a company with “a legacy of anti-LGBTQ behavior.” That prevailed on a 6-4 vote — and reaped a whirlwind.

“The City of San Antonio’s decision to exclude Chick-fil-A based on the religious beliefs associated with the company and its owners is the opposite of tolerance. It’s discriminatory, and not only out of step with Texas values, but inconsistent with the Constitution and Texas law,” Paxton tweeted.

He saved his best line for a letter to the city: “The Constitution’s protection of religious liberty is somehow even better than Chick-fil-A’s chicken.”

If you throw in the waffle fries, that qualifies as meat and potatoes, but it’s not the kind legislative leaders were talking about.

And if all of that brings you back to memories of the “bathroom bill” that sucked the oxygen out of the 2017 session of the Legislature, you are not alone. A group of businesses — tourist agencies, chambers of commerce and a number of companies and trade groups — are referring to “religious preference” and other bills as “bathrooms 2.0.” They’re raising the objections that prevailed two years ago — that restrictive legislation aimed at a particular group will make Texas a laughing stock and hurt its economy.

Some of those religious preference bills ring a bell — it’s an idea raised to prominence by the case of a Colorado cakemaker who refused, on religious grounds, to make cakes for same-sex weddings. That baker, Jack Phillips, won his case in the U.S. Supreme Court last June, and some lawmakers were inspired to create exemptions from other laws based on “sincerely held religious beliefs.”

Whatever you think about the legislation or the issue, it doesn’t have a lot to do with property taxes or school finance — or teacher pay. From a political standpoint, debates on social and culture war issues can be perilous — the type of arguments that divide the Legislature and make it work more like its detested cousin: the U.S. Congress.

That’s not how you set the table for a healthy serving of meat and potatoes, bread and butter.