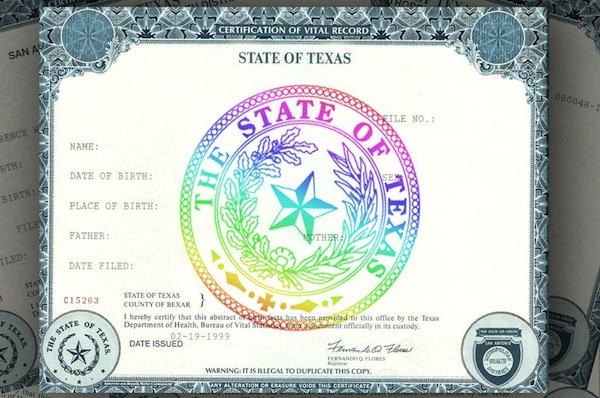 Though he tries to avoid restrooms “at all costs,” high school student Jason Foster says they’re sometimes unavoidable at school.

Leander Independent School District requires students to use bathrooms based on their birth certificates. For Foster, who is transgender, that means using a gender-neutral bathroom or — when he can’t get across campus in time — the girls’ restrooms. It’s a predicament that has led to “terrible experiences,” Foster told a committee of state lawmakers earlier this month as they took up the latest “bathroom bill” under consideration.

Girls have yelled at him to get out. Boys have told him he was going into the wrong restroom. He’s even once had a coach yell at him for using the girls’ locker room, forcing the “awkward conversation that that’s where I apparently belong,” he said.

Currently, the only workaround would be for him to change his birth certificate. But that’s not an immediate possibility for Foster.

“I’m already required to use the bathroom of the gender on my birth certificate, which as of today and most likely the rest of my high school experience, will be female,” Foster told the committee. “To change that is expensive, time consuming and would require me to be on testosterone for six months, which I’m not yet on.”

Foster’s testimony echoed a reality for transgender men, women and children in Texas that’s tough to reconcile with Republicans’ proposals to limit bathroom use in schools and local government buildings to what’s on a person’s birth certificate. The process for updating government-issued documents is riddled with challenges and a lack of uniformity that can make the task insurmountable for some.

“It is case-by-case: where you were born, where you live and how old you are,” said Lou Weaver, transgender programs coordinator for Equality Texas.

But a transgender person’s ability to obtain that court order is largely determined by where they live and their socioeconomic status, according to transgender individuals, advocates and lawyers who have worked with transgender Texans on the process.

Some county judges — even in more liberal urban areas — are less eager than others to grant the court order that’s required by the state, particularly when it comes to children. That forces some transgender individuals to travel to counties like Travis, Bexar or Dallas, where such court orders can be easier to obtain.

It can also be an expensive process. Court filings fees can reach $300 even before adding on attorneys fees or travel requirements. The process can be even more cost-prohibitive for transgender individuals because they must also obtain letters from both a doctor and a mental health provider certifying they are transgender and under their care to present to the court. For some, that also presents a geographic barrier because Texas faces a shortage of doctors and therapists “who do this kind of work,” said Claire Bow, an Austin-area attorney who helps transgender people obtain updated documents.

But for Bow, there’s a bigger flaw with Republicans’ proposals for bathroom restrictions and the expectation that transgender people could immediately take steps to obtain updated documents.

“The important thing to understand is it’s never the first step in the process,” Bow said of amending birth certificates or IDs. Bathroom bills assume that every transgender person has “gone all the way through the process” or have reached the point in treatment at which their doctors and therapists will sign off on the letter needed for court.

“That’s why this is hard,” she added. “Nobody wakes up one day…and changes their sex.”

The outcome of this complex process is that many transgender Texans live with birth certificates that don’t align with their gender identity for years if not their entire lives.

Meanwhile, transgender individuals who were born in other states can face an even tougher path to amending their birth certificates.

Testifying before the Senate State Affairs Committee earlier this month, Ohio-born Marissa Johnson asked Republican state Sen. Lois Kolkhorst, the author of the bathroom bill in the Senate, how she would prove that she is a woman if she were challenged in a restroom.

Kolkhorst responded that she had a driver’s license to which Johnson replied: “So do I. It says female. But according to this law, I would not be allowed to go into the restroom.”

Johnson explained to lawmakers that her home state — along with Tennessee and Idaho — does not allow transgender people to change the gender on their birth certificates.

After hearing from Johnson and other transgender individuals born outside of Texas, Kolkhorst amended her bill to allow IDs issued by the Texas Department of Public Safety, including driver’s licenses and handgun licenses, along with birth certificates in determining which bathrooms individuals should use in schools and local government buildings.

Just like amending a birth certificate, obtaining a Texas ID with a different gender also requires a court order, according to DPS, which did not have a count of how often it approves such changes readily available.

But even with a court order, that process is not without complications, said Erick Macias, the administrator of the men in transition group at San Antonio’s Pride Center. Because of a lack of education or understanding in certain locations, Macias says he often has to redirect transgender people to certain state offices where they’re less likely to face additional or uncomfortable questions.

“Sometimes it can be a little bit of a circus,” he added.

Macias notes the process has improved since 2004 when he first embarked on amending his birth certificate and ID and his attorney was not aware of the specific requirements. Since then, lawyers and support groups have become more knowledgeable about the process, but obtaining documents that reflect their gender still remains out of reach for many transgender people living in Texas today, he said.

If a bathroom bill becomes law in Texas, which remains unclear at this point, questions remain about how it would be enforced.

Under the proposed legislation both in the House and Senate, transgender individuals would not be fined for using restrooms that match their gender identity. Instead, the legislation leaves enforcement up to the Texas Attorney General’s Office, which could file a lawsuit against a city or a school district that doesn’t enact the bathroom restrictions.

Kolkhorst herself has acknowledged that people would do “whatever is necessary for themselves,” even if that meant using a restroom that doesn’t match what’s on their birth certificate.

But that kind of ambiguity could leave people like Jason Foster in the frustrating situation of using one restroom while in school and another in other public settings.

“I think I should follow the rules people tell me to follow,” Jason told the committee when he was asked about going into the boys’ restroom instead. “And I don’t want to break the law whether I can get away with it or not.”