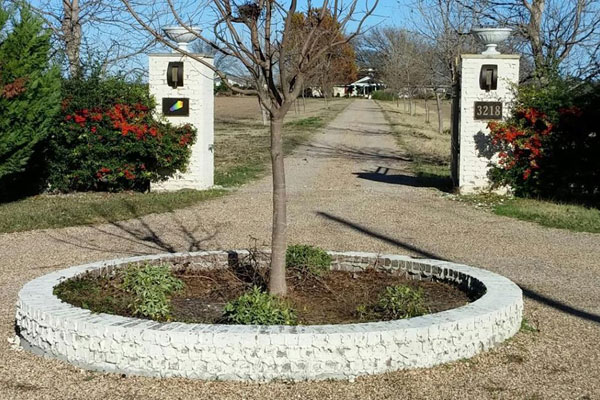 The Homestead at 3218, a clothing-optional retreat located a mile-and-a-half from George W. Bush's ranch in Crawford, Texas, opened on May 20. (Photos: Facebook)

A gay married couple has opened a clothing-optional retreat for gay and bisexual men about a mile-and-a-half from former President George W. Bush’s ranch in Crawford, Texas.

After an initial investment of $1 million, The Homestead at 3218 held its grand opening on May 20 at Mark Mattlage and Rob Snowden’s 200-acre ranch just outside of Waco.

The retreat will be open year-round. Phase One features lodging, a heated pool, recreation room, and a licensed massage therapist named Steve. Phase Two and Three will include a campground, a bar and a cafe. “People that are in the clothing-optional venues will travel great distances to visit,” Snowden told the Waco Tribune-Herald. “We think that’s one of the hooks we’re hanging the hopes of the success of this operation on . . . We’ve taken great pains to protect our neighbors from being exposed to naked men.”

Snowden believes his retreat stands apart from other nearby campgrounds because its facilities are open year-round and not just during the summer and spring months. Nudity is allowed only in fenced in areas, and signs will be posted where clothing is required. The Tribune-Herald said more than two-dozen people expressed frustration over the retreat’s opening in the area, although none wanted to speak on record. One local resident called it “sickening” in a report broadcast last October on KWTX News prior to the The Homestead’s opening.

Retired Marine Sergeant Eric Alva from San Antonio was inducted into the OutServe-SLDN Hall of Heroes at their National Dinner...