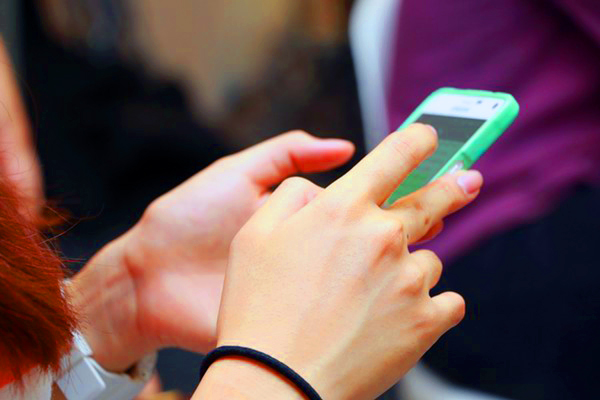 In December, a pair of San Antonio state lawmakers filed a bill to address what seems to be a universally agreed-upon menace: Cyberbullying. In particular, aggressive cyberbullying across social media platforms by school-aged kids — the kind that can push kids to commit suicide. But with its focus on incarceration and potential to violate free speech laws, some children’s rights advocates say the bill could do more harm to Texas kids than good.

The bill, filed by local Democratic lawmakers Sen. Jose Menendez and Rep. Ina Minjarez, is named after David Molak, a 16-year-old San Antonian who took his own life last year after months of relentless cyberbullying. If passed in the coming legislative session, “David’s Law” would make it illegal to “electronically harass or bully” anyone under the age 18. To find these culprits, the bill would let school districts collaborate with law enforcement to investigate off-campus cyberbullying, and would give police the subpoena power to unveil anonymous social media users behind “threatening messages.”

According to Sen. Menendez, law enforcement currently doesn’t have the tools to do anything about cyberbullying — and schools are hesitant to interfere.

“I don’t feel it’s right for school districts to wash their hands of this problem just because it didn’t happen on school grounds,” Menendez told us. “They should help parents and law enforcement get to the bottom of these incidents.”

That may include hiring a staff member whose specific job is monitoring (and understanding) social media platforms. A piece of that, Menendez said, is having districts install a hotline for students or parents to anonymously report bullying. Law enforcement would then investigate further.

But Will Francis, the government relations director for Texas’ National Association of Social Workers, doesn’t necessarily think schools should be working so closely with the police. Instead, he said, the bill should focus on improving mental health resources in schools to address bullying before it becomes criminal.

“My concern is that we’ll just be sticking more kids with felonies,” said Francis, who says he’s been advising Menendez on the bill’s focus. “I worry we’ll see more schools in poorer, non-white areas using hard and fast punitive criminal justice as a solution.”

Which is already a problem. There’s currently about one campus police officer for every 250 public school students in Texas — but one school counselor for every 470 students. Francis said that expanding the number of school counselors and other mental health staffers on campus could help victims of bullying, and their bullies, without having to get law enforcement involved.

“The majority of kids that bully others have been bullied themselves,” Francis said. Or, he added, they may have their own mental health problems that need to be addressed, not criminalized. That is, if the law can even punish online bullying in the first place.

According to David Greene, a senior attorney at the Electronic Frontier Foundation, law enforcement would be violating students’ First Amendment rights if they arrest kids for what they write about online.

“We believe — and most courts agree — that schools are very limited when it comes to punishing off-campus student speech,” Greene said. Student speech is still protected by free speech laws, regardless of how cruel and unusual it is — especially when they’re off-campus.

Schools are free to investigate online bullying to determine how or if it bleeds onto campus, Greene added, but prosecuting or disciplining a kid for bullying speech online is a whole different matter.

“There’s no rule in the First Amendment for speech that causes harm for a minor,” he said. “If they want to pass these protections, it will have to fit within current laws.” Harassment laws, for example, could cover online bullying, if there’s enough proof.

David’s Law was modeled after “Grace’s Law,” a Maryland law passed in 2013 that made cyberbullying a misdemeanor. The law, however, is currently being challenged in court for violating First Amendment rights. Menendez actually says he expects a similar response from free speech advocates.

“It’s a slippery slope, going after kids for saying bad things on the internet,” Francis said. Plus, he added, the internet remains a “Wild West” of government regulations.

“This is still Texas, it’s very much a punitive culture,” Francis said. “But I don’t think it’s the answer.”

Next at The Playhouse: Sam Shepard’s ‘Fool for Love’

Following the success of All is Calm this past holiday season, The Playhouse will present Sam Shepard’s Fool for Love...