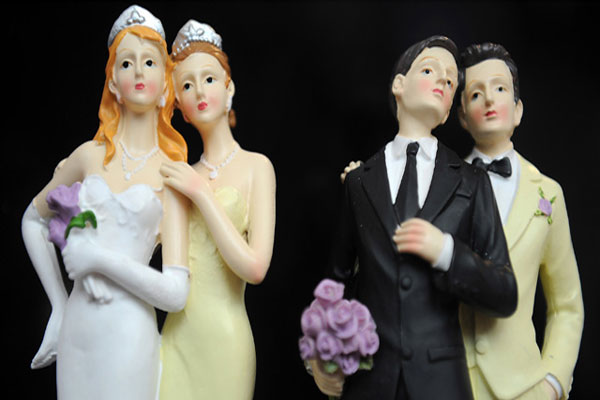 John Truho and Larry Stern were the first couple to receive a marriage license and get married in San Antonio. The court’s momentous decision has the city’s LGBT community in celebration mode.

The local chapter of the Human Rights Campaign is planning a “Marriage Equality Decision Day” gathering on the steps of the Bexar County Courthouse across from Main Plaza at 6 p.m.

The celebration continues at 7:30 p.m. at Luther’s Cafe on the Main Avenue Strip where the community will be toasting the Supreme Court’s ruling.

Weddings will be performed tonight at The Lutheran Church of the Good Shepherd.  Pastor Charles Fredrickson posted the following information on the church’s Facebook page:

Proudly on behalf of Equality Texas and Freedom to Marry, the Lutheran Church of the Good Shepherd, we will be hosting an interfaith event beginning at 6:00 pm tonight to celebrate that the LGBT community is no longer second class citizens. Our time will begin with rejoicing and celebration, we will then have clergy from various churches available to preside at weddings for those who chose to do so.

From information I have received, marriage licenses will be available at Bexar County Courthouse as well as a method to suspend the 72 hour waiting period. Information on our location will be made available by Equality Texas at the courthouse that day for those interested in a faith based opportunity to begin their lives no longer as second class citizens.

For those seeking a secular option that information will also be provided.

Then, beginning at 6:00 pm tonight Friday, June 26th, rather than a mass wedding, we will be providing 10 to 15 minutes per couple (dignified with music) with a clergy person/faith leader ready to preside.

The Unity Church of San Antonio announced last month that it plans to marry same-sex couples on July 4 at their sanctuary on the Northeast side. Rev. Linda Martella-Whitsett told the San Antonio Express-News that faith drove her congregation to plan the weddings.

In a press release last month the Church wrote:

Countless same-sex couples have been unable to marry the ones they love, many raising families, without the benefits available to heterosexual married couples such as spousal health insurance benefits, Social Security benefits, spousal retirement benefits and spousal survivor benefits.

Imagine spending a lifetime with someone, then being unable to make health care decisions for them when they are very sick because you are not ‘family.’ All of that is about to change. This is sure to be a joyous day you don’t want to miss.”

The church is charging a $25 fee and anticipates multiple weddings performed all day long on July 4.

In celebration of the historic June 26 ruling from the Supreme Court finding a Constitutional right to marriage for same-sex couples,...