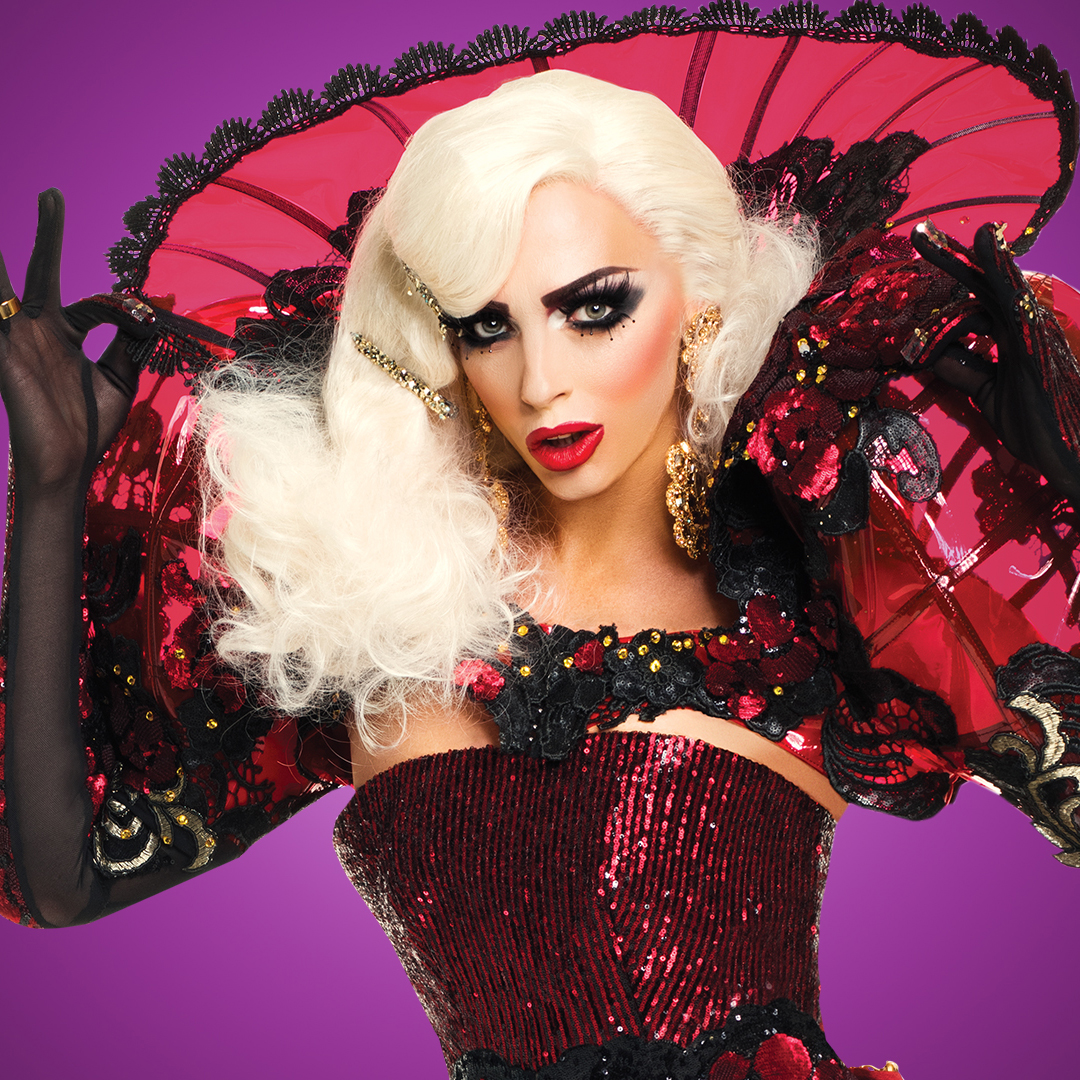 While she didn’t take the top spot, coming in at fifth place, Alyssa Edwards made a welcome return as one of ten contestants to be invited back on season two of All Stars before its season finale back in October. “I think what happened is I learned my strengths, but more importantly, I learned to embrace my weaknesses,” she told the Houston Chronicle shortly after her elimination.

A former dancer and choreographer from Mesquite, Texas, Alyssa was once called “the break-out star” of her season by the one and only RuPaul.

As the head of the Haus of Edwards, which includes fellow alums Laganga Estranja and Shangela Laquifa Wadley, Alyssa has cultivated a loyal fan base starring in the popular web series Alyssa’s Secret and taken her talents to the big screen with the 2016 comedy Hurricane Bianca.

After performing in this year’s Out in the Park at Six Flags Fiesta Texas back in September, Alyssa makes a return visit to San Antonio on December 21 courtesy of Rey Lopez Entertainment with performances at Heat Nightclub and an underwear signing earlier in the evening at Male B Wear (7:30-10:30 p.m., 1700 N Main Ave ).

Make sure to bring an unwrapped toy to donate to the Reys of Hope Toy Drive at Heat Nightclub.

Since it was first established in 2012,  Pride Center San Antonio has sought to offer resources to those who need...