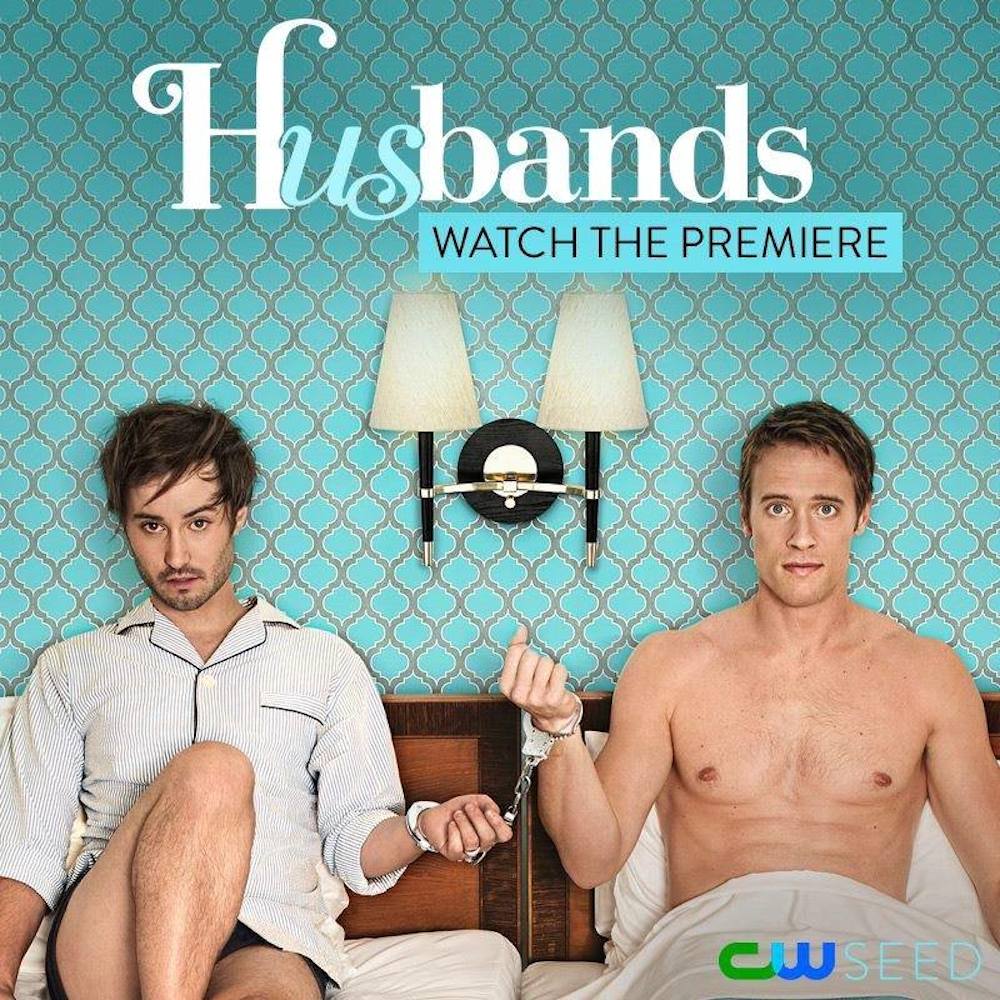 In the last issue of Out In SA, I waxed lyrical about the possibilities of HBO’s Looking, a fascinating but also frustrating series about the lives of contemporary American homos. In particular, I expressed the hope that the main character—twinkish computer wonk Patrick—would, in the second season, no longer come across as dumb as a bag of hammers.

Alas. I have not yet looked at Looking’s spring season—my pop-cultural life revolves around bingeing, I’m afraid—but our indefatigable editor Elaine Wolff assures me that Patrick’s I.Q. still approaches that of hardware. (I mean, approaches from below.) Surely, I think to myself, there must be a gay series in which comedy doesn’t revolve around sheer stupidity. And since the solution to all of modernity’s problems is Google Fiber, to Google I go.

One series looks impossibly promising. Indeed, it’s a web-based counterblast to Looking, cannily entitled Not Looking—and worth, I thought, a look. (It’s streamed on the website Funny or Die.) The brainchild of comedian Drew Droege, Not Looking takes the basic premise of Looking—30-something gay guys figuring out life in the homo ’hood—and ramps up the stupidity to something approaching profundity. Well, it really only works in episode three’s Grindr date, in which the protagonist has fudged his age by at least a decade (Incredulous Date: “So your profile said you were 27?” Protagonist: “27, 28 … Whatever. I had a birthday.”). Otherwise, it’s a sequence of short, five-minute episodes that are too heavy on the camp and too light on the satire. I began to look elsewhere.

My hunt was revealing. It turns out there currently exist 49 zillion gay-themed web series: who knew? I guess it’s little surprise that the internet has enabled the same sort of alternative viewpoints in film that it has enabled in, say, fiction, or even music. Unfortunately, film is a fickler medium. It requires a far greater outlay of resources—for actors, equipment, design—and an elusive alchemy among collaborators. Too many are basically animated selfies.

So far, the best of the bunch—and one that absolutely shows the power of this new web-based medium—is Husbands, co-produced by celebrated Buffy scribe Jane Espenson, and starring co-writer Brad Bell. The set-up itself is super-smart: after six weeks of apparently breezy courtship, a nelly B-list TV personality (“Cheeks,” played by Bell) and a hunky baseball player (“Brady,” played by Sean Hemeon) discover themselves married. Or, rather, discover that–after an alcohol-fueled weekend of blindfolds, role-play, and debauchery in Vegas–they are now husband and husband, in sickness and in health, etc., etc., etc.

The genius part of the set-up is the un-subtle critique of opponents to marriage equality: with gay women and men working hard, and for years, for the right to get legally married, it’s startling to see the administrative triviality of what “traditional marriage” defenders are actually defending. Heterosexuals have been able to marry through their vomit for years. We want that, too!

But it turns out that marriage, for straights and gays, isn’t just about ceremony and paper-pushing, and that’s where Husbands gets interesting. The husbands’ first impulse is to annul the marriage—again, it’s marriage as bureaucracy—but decide that, having consummated the easy part of marriage, perhaps they should try the hard part: actually getting to know each other. It’s thus an exact (and pointed) reversal of the lived experiences of so many gays and lesbians, who have known each other for decades (and cohabitated and reared five children and trimmed the fucking begonias again), but who can’t legally celebrate even a sordid wedding.

So far the series’ three seasons—which range from the breezy bite-sized morsels of season one to the two extended arcs of season three—total about two hours of film. But it feels somehow more than that, since the writing is so dense and Buffy-esque, with occasionally painful jabs at modern gay romance. (On the introduction of a teeny dog into the home: “Dog size isn’t a measurement of your manhood, Brady. Manhood is based on how attractive your partner is.”) The series veers into some well-worn territory in season three—a Birdcage-inspired sequence isn’t up to the standard of the other arcs—but it remains compulsively watchable throughout. All episodes are available on cwseed.com; season four is apparently in the works.

The oral arguments concerning Marriage Equality come before the Supreme Court this spring, and are scheduled to last 90 minutes apiece. At this point there can be no genuinely new or surprising arguments, and in some senses, I don’t see the point. Instead, I would just screen for the justices the complete run of Husbands. (Scalia wouldn’t get it. Roberts, perhaps. Ginsburg likely has it on her laptop, iPhone, and other essential portable devices.)

A View of Reality from a Chartreuse Couch*: Author Toby Johnson

"The fact that there are homosexuals, lesbians, bisexual men and women, transsexuals—queer people all—who are proclaiming their presence in society...