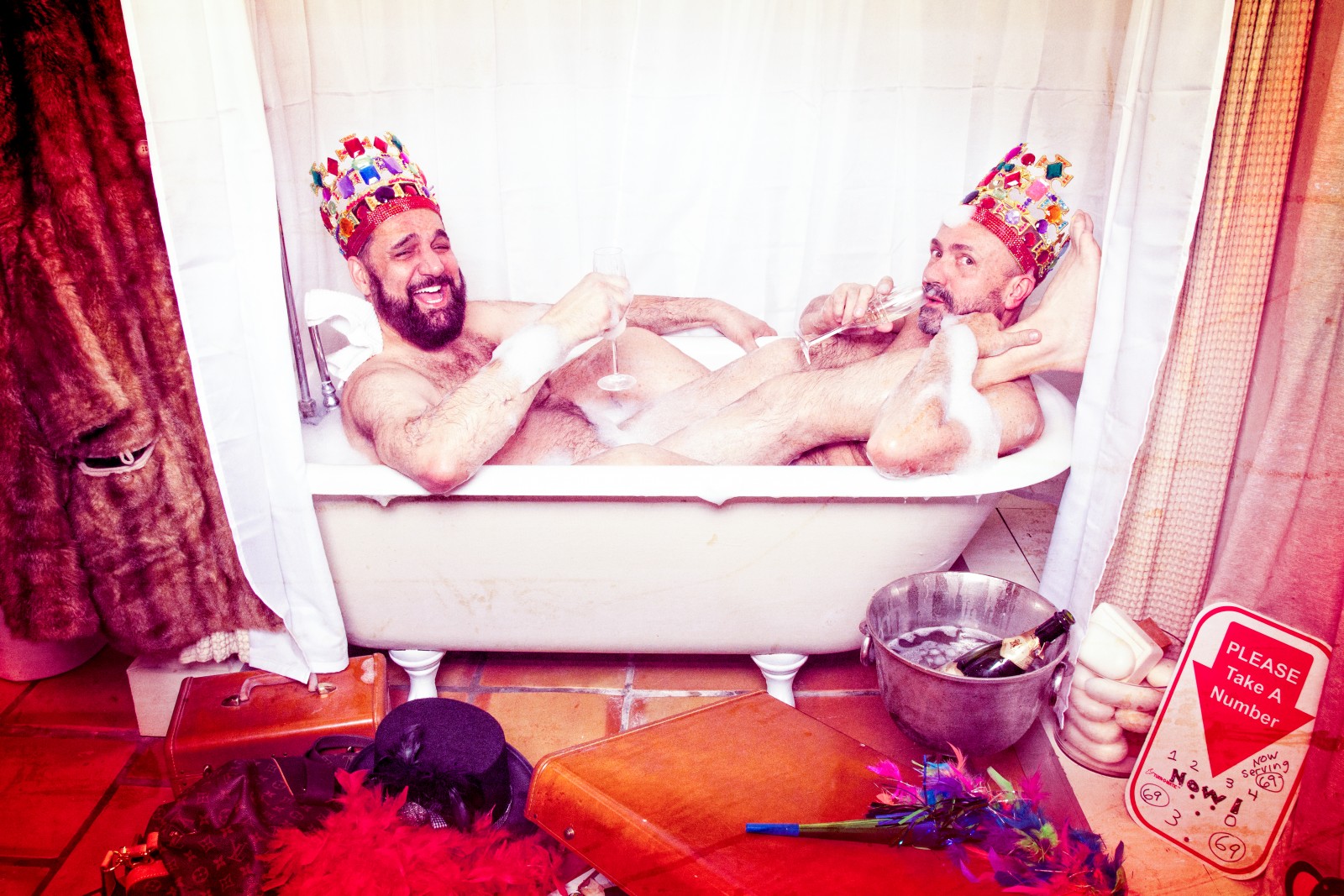 Wayne D. Beers and Michael Bobo photographed by Marc Arevalo for Out In SA

Michael Bobo and his husband Wayne D. Beers — the dynamic duo of W.D. Deli — have been preparing for their crowning moment for years, so to speak.

So when the lights go down, the music starts thumping, the curtains go up and an odd assortment of outrageous drag queens, city celebs and other bizarre, costumed characters parade across the stage of the Empire Theatre, parodying politicos and mocking newsmakers, Bobo and Beers will be having a ball — and a vodka or three — as they preside over Fiesta Cornyation as dual Kings Anchovy of the Court of Our Mad, Mad, Mad World.

“We’ve been making our own crowns for years and wearing them to Fiesta events,” Bobo said in between a late-afternoon break from the regular lunch crowd that descends upon the popular eatery. “We’ve also been involved with Cornyation for a long time, designing costumes and acting in skits in the late ’80s.”

Over the past few years, Bobo has parlayed his good taste in house music into a gig as Cornyation’s unofficial DJ, who gets the party started by providing pounding mixes that get audiences grooving in their sometimes hard-to-come-by seats. (Hint: Buy your tickets early.)

Given their longtime, active association with Cornyation, it seems fitting that board members would ask the couple to reign over the fun and frivolity set over the course of three nights of early evening and late-night debauchery and bawdy performances.

“We’re so excited. I’m looking forward to the camaraderie with others, who all volunteer their time — and the decadence,” Beers said with a smirk.

The deli owner, who is also quite the artist, sketched the designs for the crowns they will wear atop their royal noggins for various Fiesta parties.

“They’ll be big and jeweled and Cornyation-themed, of course,” Bobo added.

Ray Chavez, coordinator/director, said for years he had thought about asking the two to represent Cornyation. “I like to see what our young people are doing for the growth of our city, and Wayne and Michael have contributed not just to Cornyation, but to the growth of our community through their restaurant,” he said. “They are both well-liked and know so many people. They will help broaden the exposure and appeal of Cornyation.” 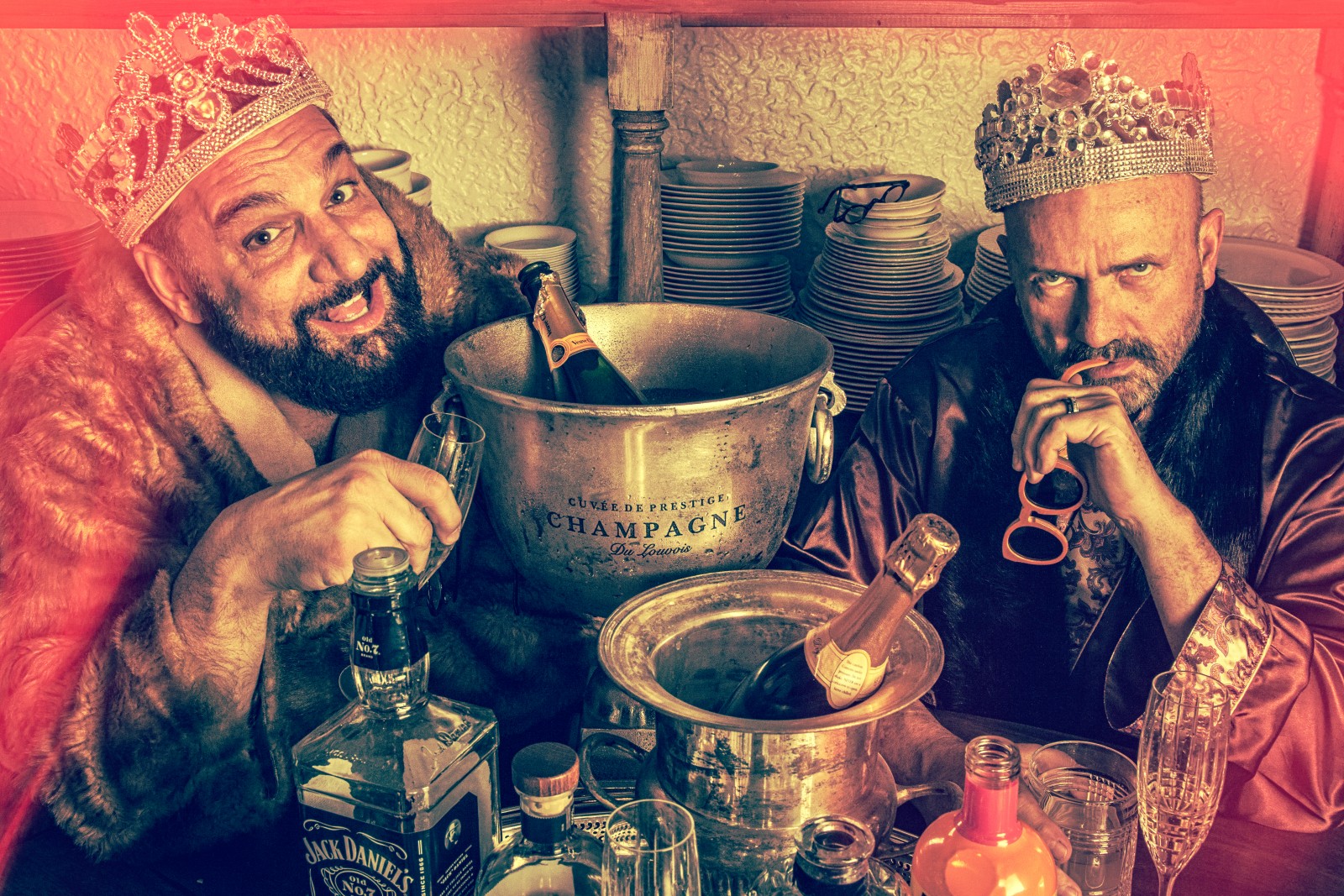 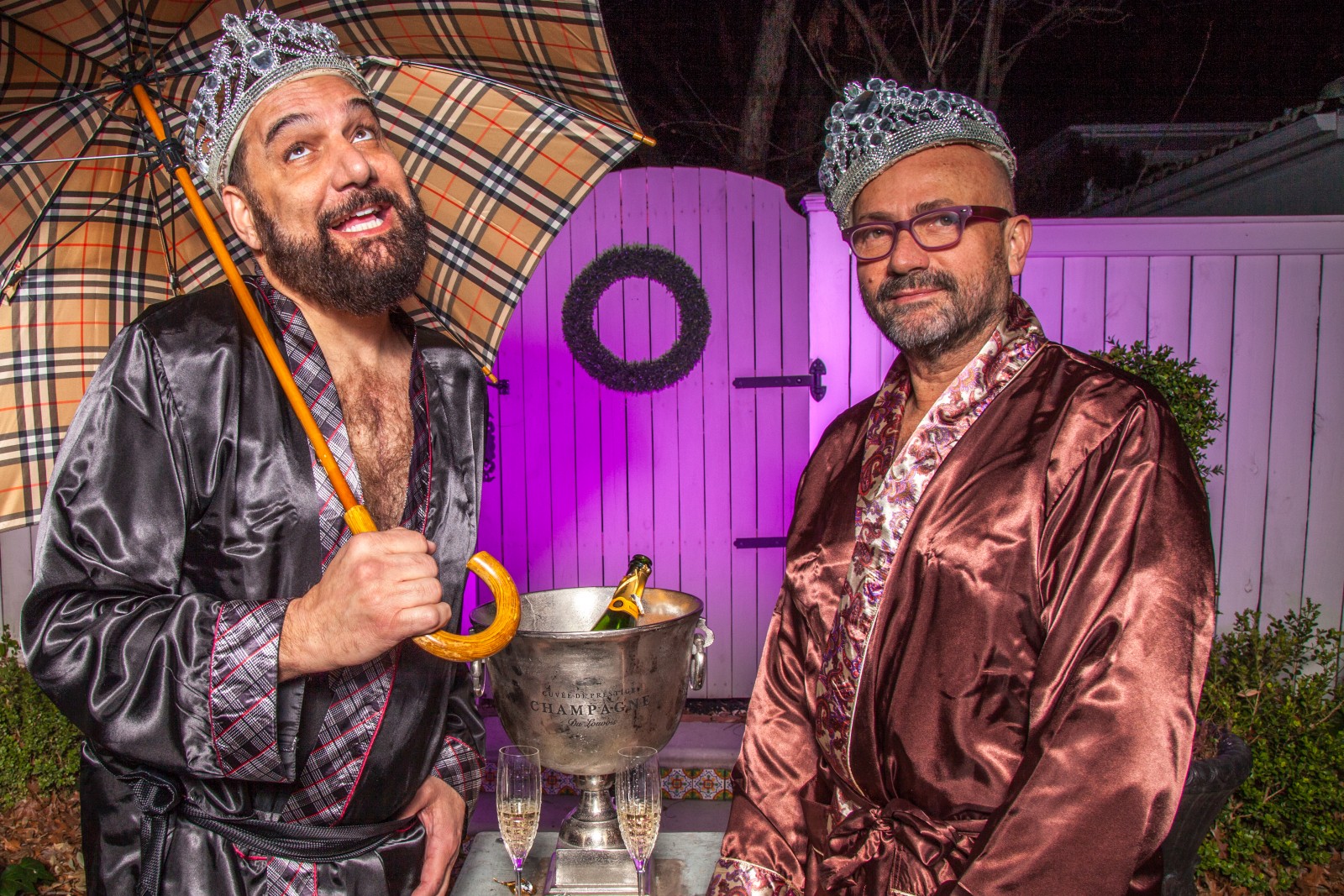 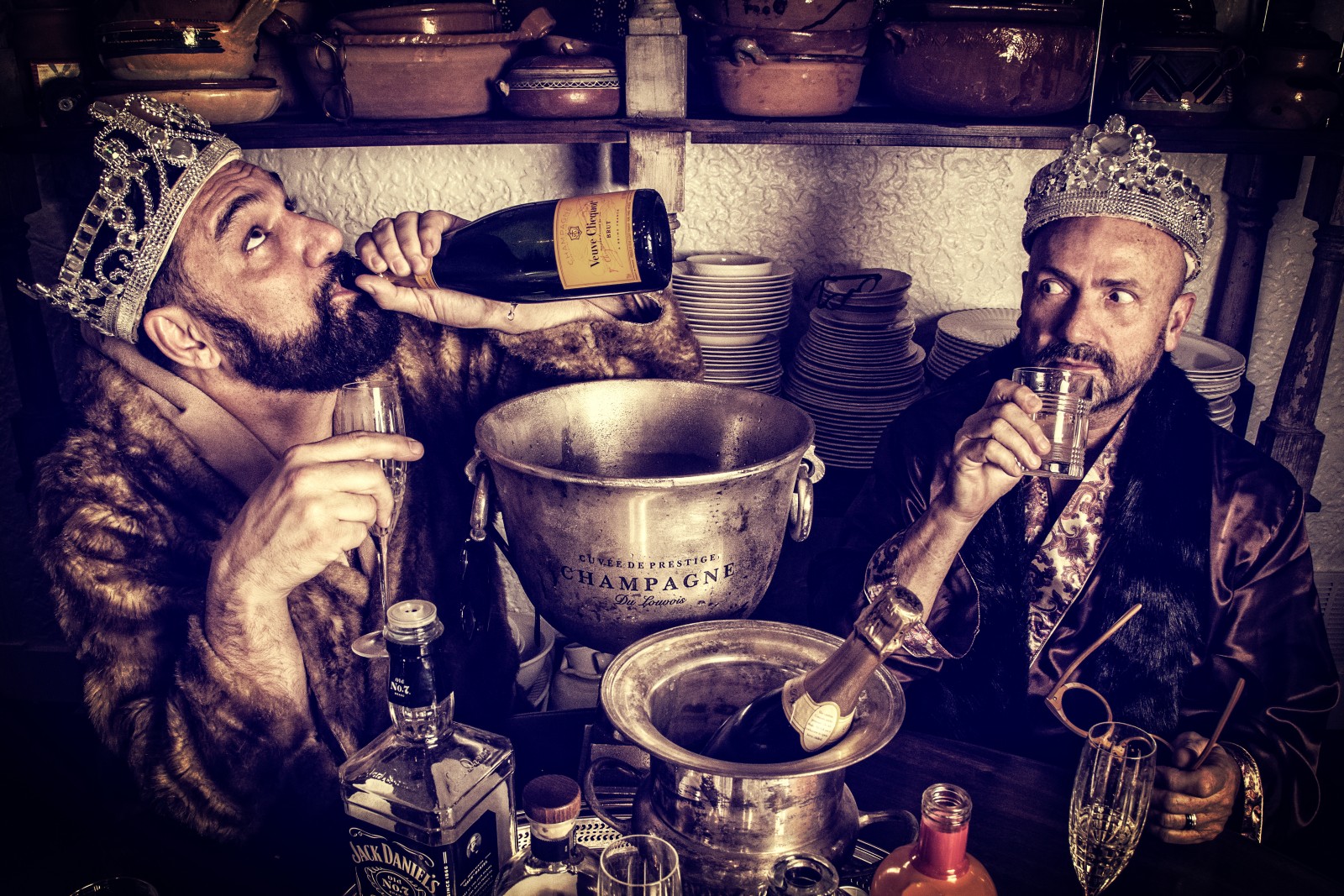 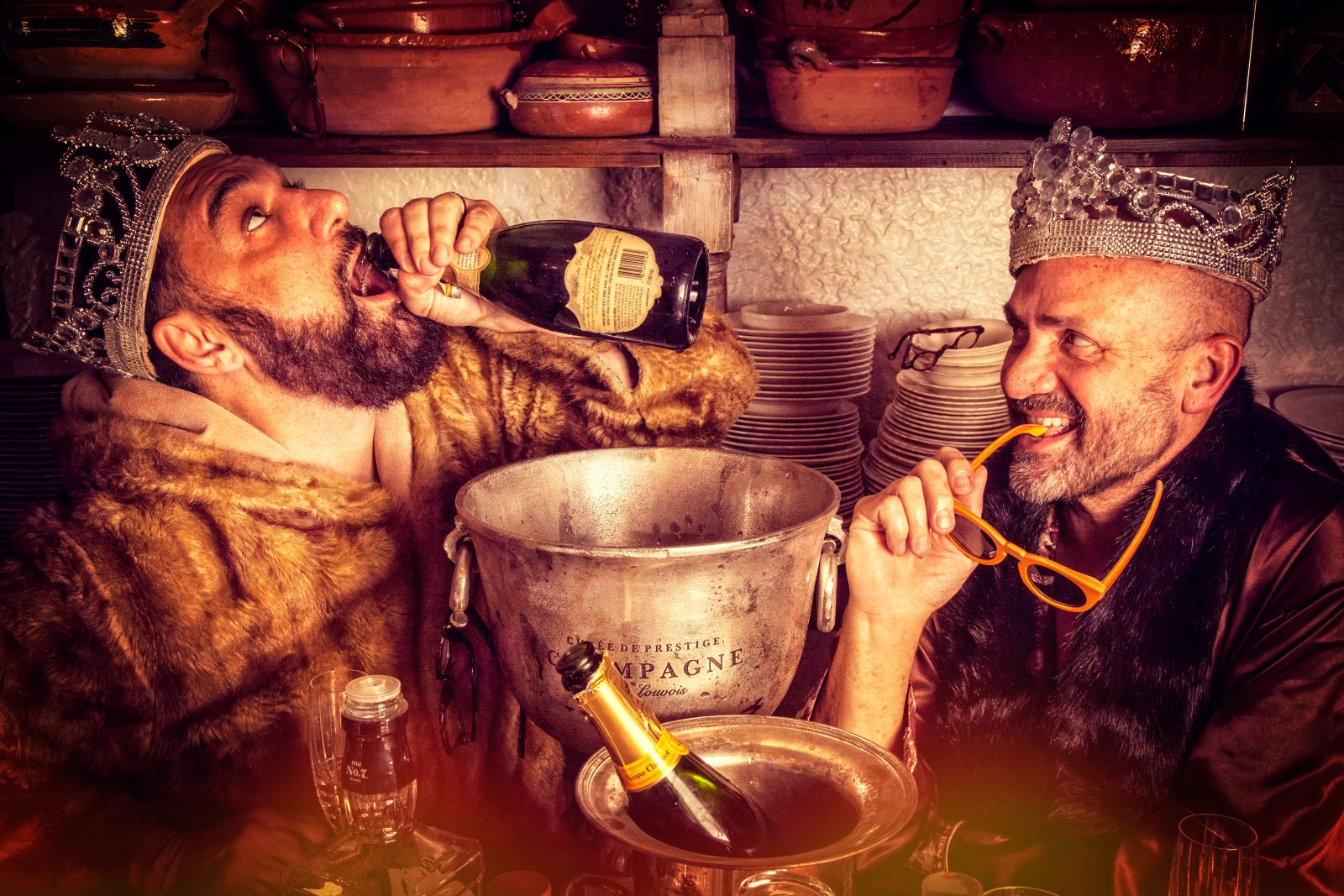 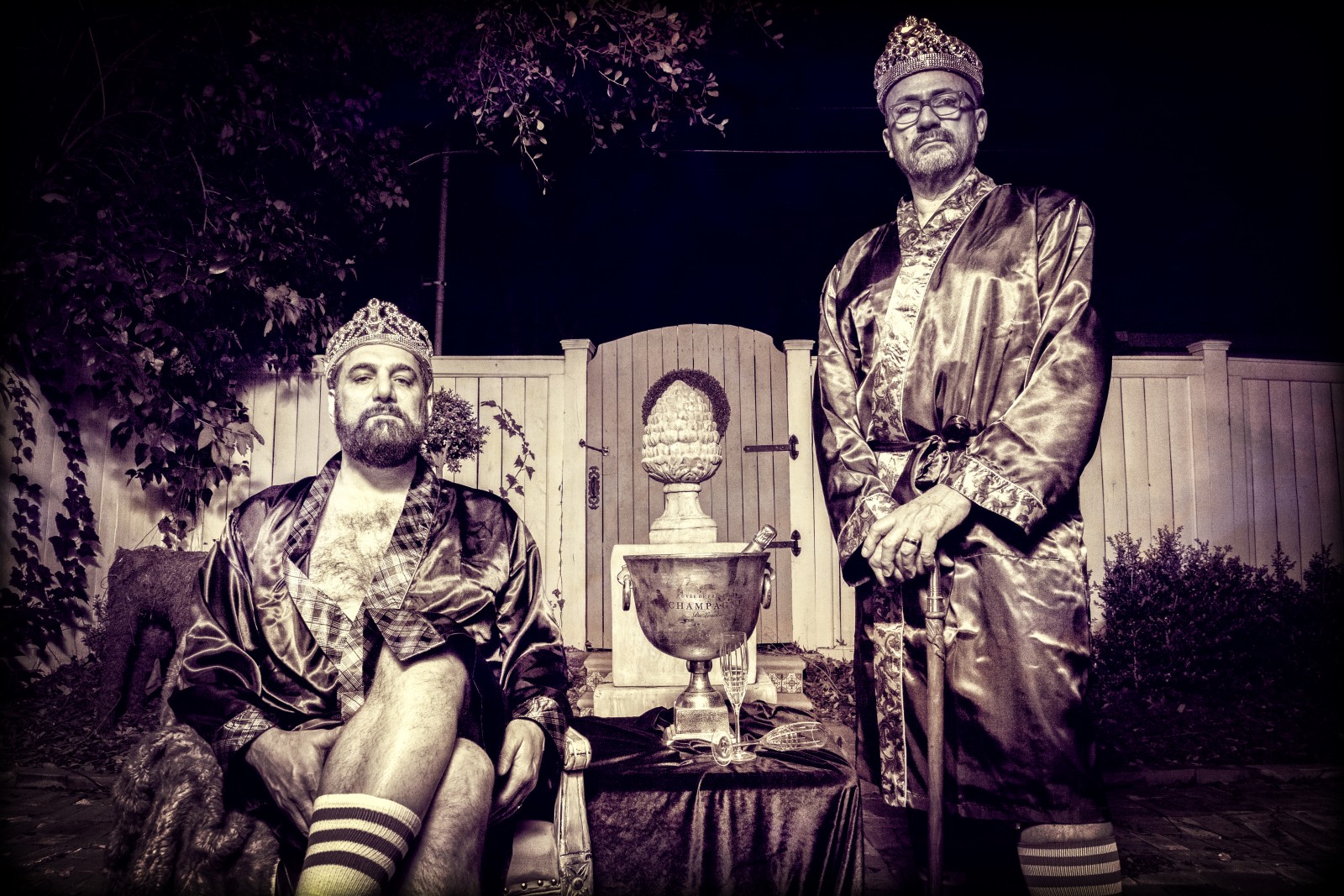 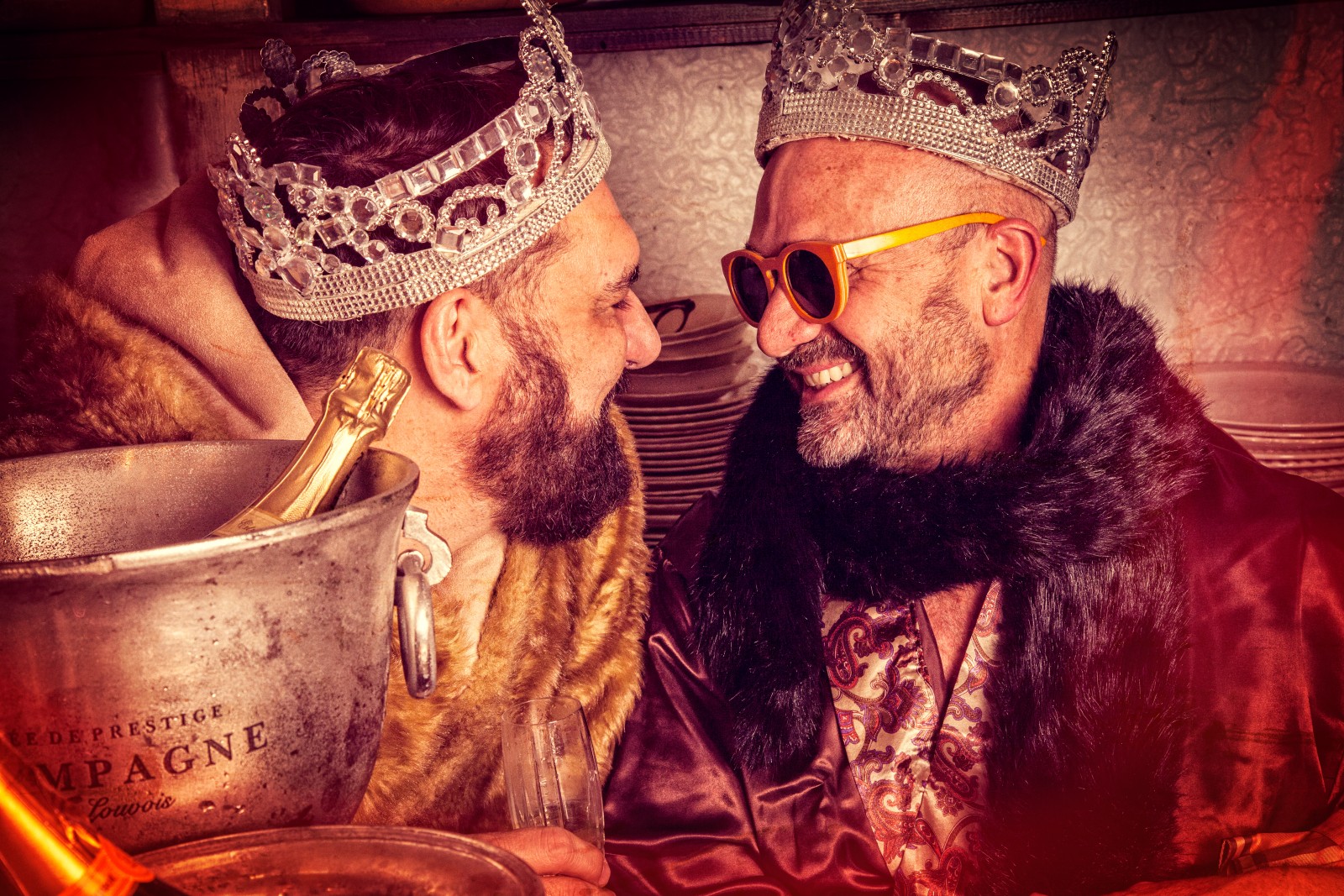 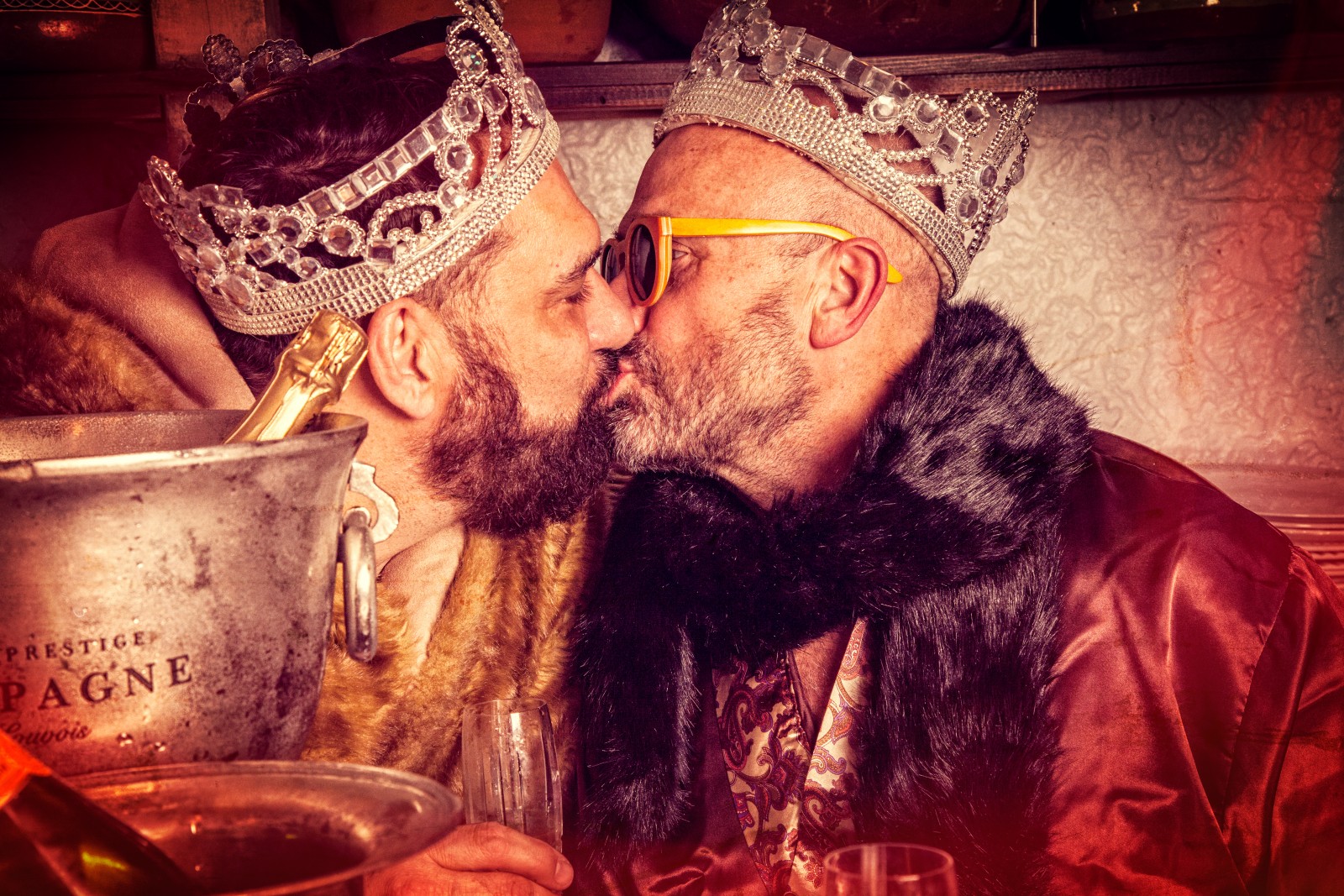 While you’re partying your asses off, know that you’re doing so for an important cause. Fiesta Cornyation, which celebrated its 50th anniversary last year, is a nonprofit that raises funds to assist people in San Antonio living with HIV/AIDS. It also supports the Robert Rehm Scholarship, which grants college scholarships to San Antonio students majoring in theater arts. To date, the nonprofit has distributed more than $2 million to various charities.

Thus, the Kings Anchovy have thrown themselves into the throes of fundraising, as is their royal duty, by hosting several fundraisers. One is planned for April 4 at El Mirador restaurant; others are in the works.

By the way, don’t expect Bobo and Beers to greet you at the counter of their Broadway deli during the week of Cornyation. Knowing that an exhausting schedule of never-ending Fiesta functions awaits them, they don’t plan to work much. To make things easy, they’ve booked a room at the Sheraton Gunter hotel for a quick walk across the street to the Empire. However, fans of the soups, salads and sandwiches served at W.D. Deli need not fret.

“We have a great manager and a really good staff,” Beers said. “They’ll pick up whatever slack there may be.”

If you’re friends with them on Facebook, you will have surmised through their social media musings — pictures of pampered pooch Putsy or the comical, behind-the-kitchen door antics of running a restaurant (like an employee who conveniently forgets to show up for his shift after a suspected night of drinking) — that the two are happily wed. They officially tied the knot four years ago in the Big Apple.

In reality, however, they have been together 31 years.

Their love story takes us back to Bobo’s native Arkansas, where he was waiting tables and doing display for a department store until friends encouraged him to relocate to San Antonio, which he did in 1982. He earned a master’s degree in education from Trinity University and then taught English and special education for 10 years at Sam Houston High School.

“Some of my former students come visit me at the deli,” he said.

Beers, meanwhile, was living in Oklahoma, but moved here in ’79 to attend St. Mary’s University, where he received his biology degree. While in dental school at the University of Texas Health Science Center, he realized that poking and prodding into patients’ oral cavities wasn’t for him after all. “I didn’t like it,” he said. The two were out on the town separately, when the bold Bobo spotted and pursued the tall, handsome and dark-haired Beers, four years his junior.

“He chased me around the bar,” Beers recalled.

“I was nervous,” Beers blushed.

And so began three decades of never-ending romance. As for their business partnership, Beers was working at Cappy’s, but longed to open his own restaurant. He began driving around looking for locations and found a choice spot on McCullough Avenue near the round-about in Olmos Park. In 1990, the two opened the doors to W.D. Deli, whose permanent locale is now on Broadway near Mahncke Park.

“The menu is mine,” Beers said. “A lot of recipes are the same as my mom made them.”

So we wonder what it’s like operating a bustling business, our interest having been piqued by some of the colorful teasers posted on Facebook.

“It’s like throwing a party every day,” Bobo said. “You never know who’s going to show up and how it’s going to turn out.”

Ah, well, if throwing a  party is the norm for Bobo and Beers, they’ve had years of practice to prepare for the real thing, as the amiable and fun-loving Kings Anchovy rule over one of the biggest bashes of Fiesta.

A documentary about the trial and long-term imprisonment of four San Antonio Latina lesbians, who in 1994 were falsely accused...