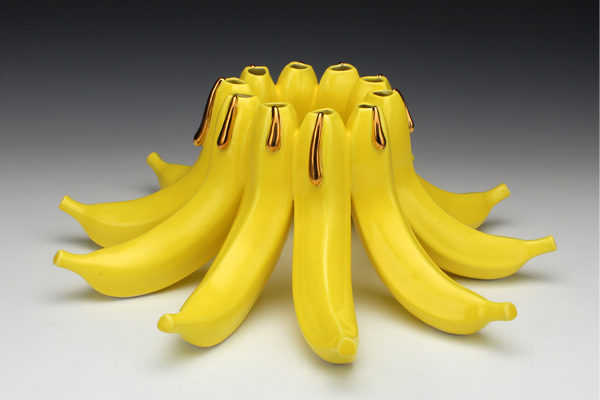 Artist Wesley Harvey first caught our eye when he appropriated images by Tom of Finland on a set of dinnerware and his raunchy creations became a favorite among adult themed art collectors.

Now, Hello Studio will present Harvey’s latest body of work as part of the exhibition Pretty Hurts which opens on Thursday, March 2 and continues through March 18. The show will feature functional and sculptural ceramics, as well as works on paper. Harvey continues his investigation into Queer Theory which focuses on non-heteronormative identities and practices. Pretty Hurts further explores ideas of perfection within the gay community.

“Perfection, at least in terms of being a gay man, has become quite the disease,” Harvey said in a statement. “Perfection is sought after no matter what the cost or consequences. I want to address the social and cultural differences of being gay and examine not only the normative behavior but also the deviant lifestyle that often gets neglected and chastised.”

The St. Anthony Hotel has announced a one night only Rent 20th Anniversary Tour Karaoke Competition to be held Wednesday,...