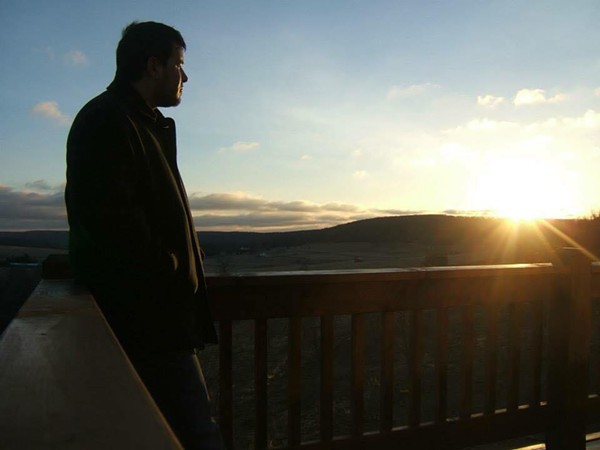 I was 13 when I came out to my mother over the phone.

It took what felt like an hour for the words to shape between my teeth and lips but somehow the words fell on the receiver: “I think I’m gay.”

I mean, I knew I was gay, but I thought saying “I think” might lessen the blow to my mother. Even though she bought me Barbies (along with skateboards and Power Rangers) growing up, I thought she might have an issue with my queerness.

My mother, back then anyway, thought it might be a phase and encouraged me to not claim any hard identity with my sexuality. I am 32, and she’s fine with it now.

And honestly, I didn’t want to be gay. Being gay wasn’t cool at all yet. Especially as a guy. But I knew I was gay, and, in 2000, I was growing weary of a 13-year performance as a straight person.

The show Will & Grace came out the year before, helping to destroy the stigma about our community. Still, being gay was often quickly associated with AIDS and death, and transgender folks were hardly being recognized as human yet.

That’s what was taught to us.

Yesterday, in the midst of a conversation about spirituality and life, a friend asked me if I felt like I had anything missing from my life. I thought, “What a weird question,” but answered: “Not really – I guess there are some music career goals and some traveling I want to do, but overall I’m rather content.”

I found out the reason he was asking was because a weekly religious study he attends has a leader who assumes there’s something missing from my life because I don’t identify as a Christian and I’m living an openly-gay lifestyle.

This particular friend who was asking me the question said I came up in conversation with this group leader because my friend didn’t believe there was anything wrong with me, but was being challenged with his own belief system as a fundamentalist Christian. He saw that I was happy, healthy and an active and contributing member of society not doing any harm to myself or anyone else.

The question wasn’t exactly triggering but made me think of the emotional unpacking I’ve had to do as a person raised with the belief system that being gay is wrong.

It brought back the whole conditioning us LGBTQs grew up with. Whether or not we were raised in religious households or went to church, temple, or any other sort of religious space, there was and still is a stigma about LGBTQ people that teaches us that there’s something wrong with those who identify with the community.

Instead of being frustrated with the question, I took it as an opportunity to educate a cisgender, straight white male who had my full attention and was eager to hear my perspective.

I explained to my friend that this ideology or dogma of “being gay is evil” ultimately becomes internalized and LGBTQ people enter into a period of deep-rooted self loathing. It’s an almost insidious experience because sometimes it’s not very conscious, especially if we haven’t “come out” yet. And by the time we actually do “come out,” which some of us never do, there is still a period of de-programming we have to do to reach a place of self-love.

That’s basically why we have pride.

I wrote an article back in June saying that pride is essentially the opposite of shame; that LGBTQ people celebrate pride because we’ve ultimately processed our internalized homophobia and deep-rooted shame, survived that period and have come out to other end of it.

It’s a celebration of life and liberation of a false belief system told to us that there’s something wrong with us.

Coming out is one of the first steps toward emotional and spiritual liberation, and unfortunately people continue to use religious books out of context to classify and separate groups of people.

Shorty after the Pulse night club shooting in 2016, I wrote a song called “Growing Up Gay.” I felt like a lot of folks didn’t really understand pride or the amount of work and effort it takes for a person to come out as LGBTQ.

My friend asking me that question last night gave me hope (in a way) that there are more people eager to hear our perspective and challenge what society has conditioned them to believe.

Today is National Coming out Day. If you need help, remember that you are not alone.

If you’re having trouble coming out or want more information about LGBTQs and the issues we face as a people, below are some local resources that can help.

Alamo Area Resource Center
“AARC serves as one of the primary social service organizations in Bexar County and the surrounding area by providing and coordinating services to eligible individuals. We promote compassionate, non-judgmental care and support.”

Pride Center San Antonio
“Committed to serve the LGBTQ and HIV communities by connecting them and their families to community resources and organizations related to health, wellness, support, education, activities, and advocacy.”

By Emma Platoff, Texas Tribune In an effort to restore public trust, all of Texas’ Catholic dioceses will release the...