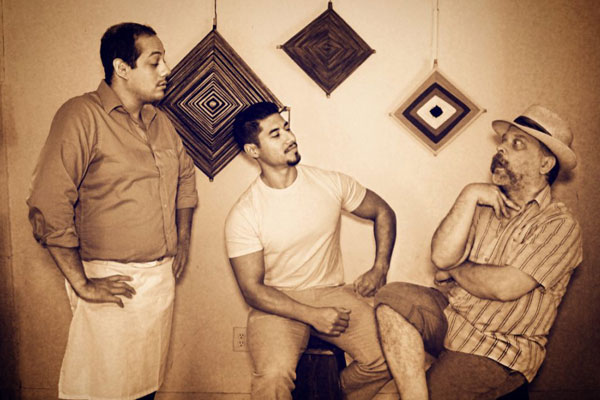 Greg Barrio’s play Seven Card Stud will be the Overtime Theatre’s final production staged at its current location on Camden Street near the Pearl.

The theatre company has announced plans to relocate to the city’s Northwest side.

Seven Card Stud takes place 20 years after Barrios’ previous play, Rancho Pancho, which chronicled playwright Tennesee Williams’ short-lived but intense relationship with Pancho Rodriguez, a Mexican American man from Crystal City, Texas. The production is part of a trilogy of work written by Barrios focusing on the life of Williams.

The play’s title comes from the final line of Williams’ Streetcar Named Desire: “The name of the game is seven-card stud.”

According to the Overtime’s website: “Seven-Card Stud picks up 20 years later in New Orleans. Williams at the nadir of his career is unable to get a play on Broadway. His creative life had dissipated. Pancho however has carved a successful life as the head of men’s furnishings at the prestigious Maison Blanche.”

Actor Rick E. Frederick stars as the famed playwright while the roles of Pancho and Johnny are played by Brian Zavala and Aaron Ramos. Richard Anthony directs the production.

Coincidently, Barrio’s play I-DJ was the Overtime’s first production at its Camden location when the space opened in 2012.

Members of the Stonewall Democrats of San Antonio are getting ready for the group's candidate endorsement forum slated for Sunday,...