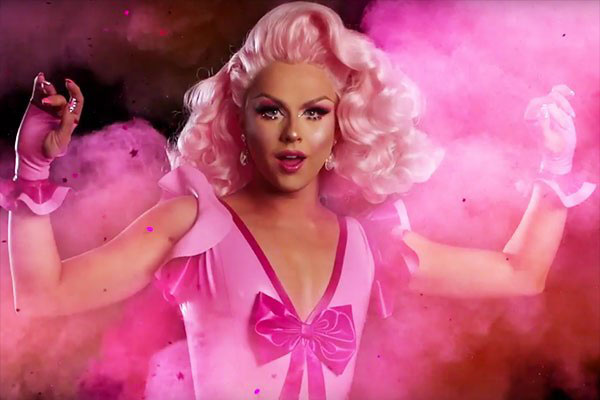 Born in Texas and now working as a Vegas showgirl, the twenty-three-year old Farrah describes her look as a cross between fetish, old school Hollywood and retro glam.

The verdict is still out on Farrah who currently remains on the show and has so far impressed the judges with her flawless appearance and sexy persona.

With the show’s recent switch to Vh1 on Friday nights, the latest’s group of contestants are enjoying a visibility not afforded to previous RPDR alumni. While becoming a VH1 reality star isn’t something to phone home about (remember I Love New York?), it’s hard to ignore the show’s increasing popularity and influence on mainstream culture.

After a stellar presentation of Pippin back in February,  the Woodlawn Theatre has unveiled its latest production, Sister Act, a "divine musical...