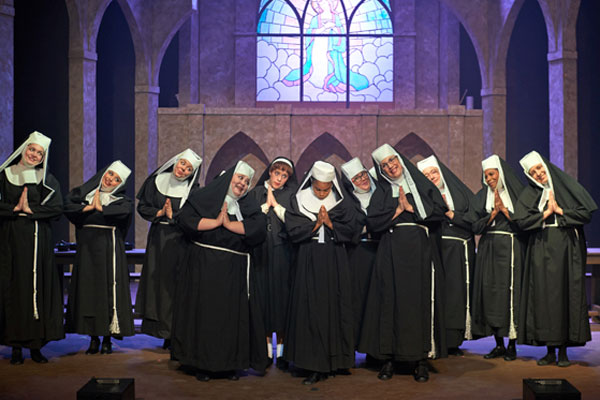 After a stellar presentation of Pippin back in February,  the Woodlawn Theatre has unveiled its latest production, Sister Act, a “divine musical comedy.”

Based on the 1992 film starring Whoopi Goldberg and Maggie Smith, the musical tells the story of disco diva Deloris Van Cartier (Rebekah Williams) who is put into protective custody at a convent after witnessing a murder.

While Van Cartier’s less than holy ways prove to be at odds with the Mother Superior (Sherry Gibbs Houston), her musical abilities breath new life into the convent’s choir and help galvanize the local community.

Sister Act was first premiered at the Pasadena Playhouse in Pasadena, California before finally making its way to Broadway in 2011.

The Woodlawn’s production is directed by Christopher Rodriguez with musical direction by Darrin Newhardt.

Ballet SA has announced its 2017 - 2018 season which incorporates the theme of "Bold and Beautiful." In a press release,...