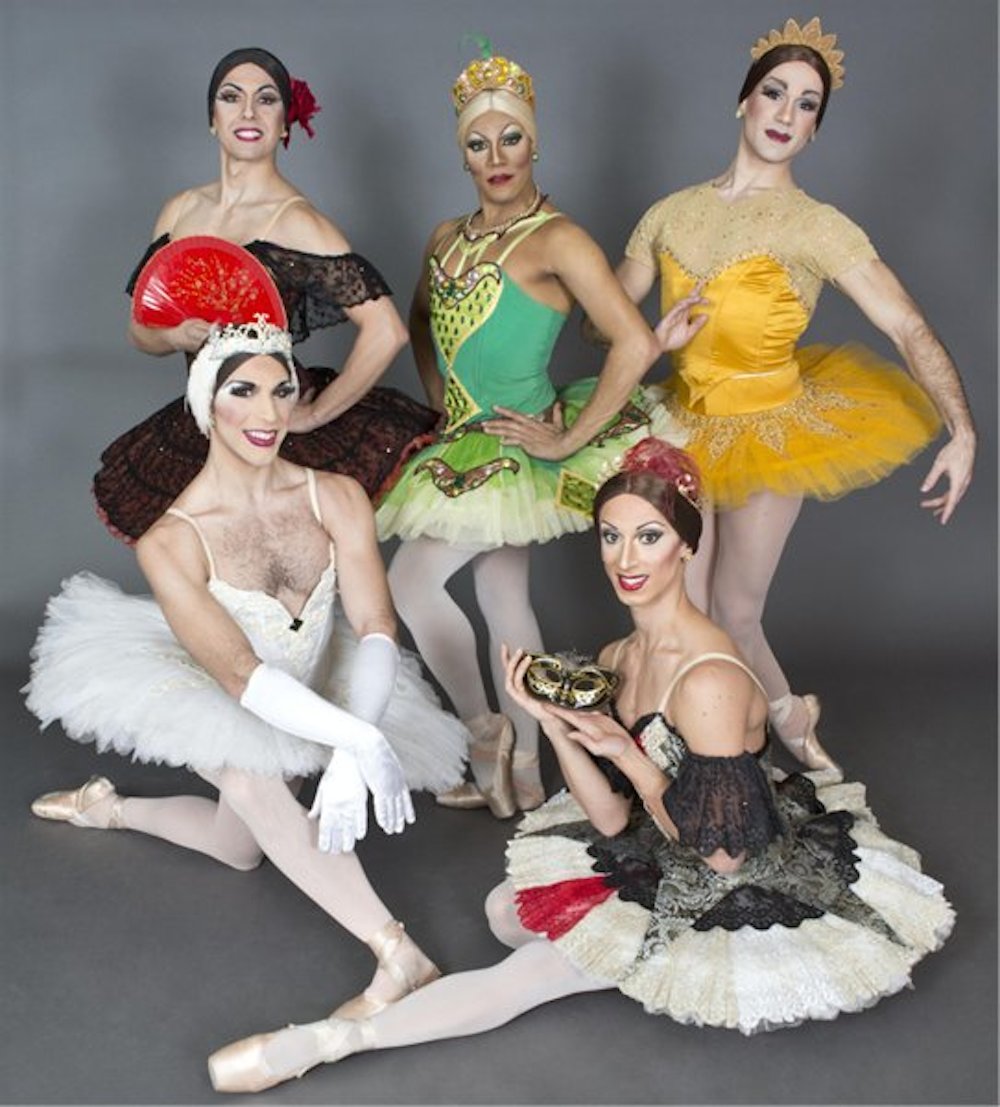 Audiences can expect a full range of classic ballet and modern dance works from the company. The twist? This troupe is all boys all the time. These professionally trained male dancers perform all the roles within each piece, including those traditionally performed by women. We’re talking drop-dead handsome swans dancing en pointe, proving that these men may be “heavy-bodied,” but they still know how to rock a tutu. Just don’t question the integrity of their artistry; the Trocks insist this parody “enhances rather than mocks the spirit of dance as an art form.” And critics agree–the company has appeared in more than 500 cities worldwide with rave reviews since its founding in 1974.

If you find yourself in the audience on Thursday night don’t be surprised if you notice a familiar fellow leaping. Havana native Carlos Hopuy once graced Ballet San Antonio’s stage in principal dance roles such as Jonathan Harker in Dracula. He also served as a choreographer and performer for Ballet Latino de San Antonio this summer.

If your heart’s aflutter for this troupe of lads, you’re in luck. ARTS San Antonio is offering Out In SA readers a special treat–20 percent off tickets to the show. Tickets can be purchased here.

Analysis: The 2014 mid-term elections and their impact on LGBT equality

By Dan Graney, Guest Contributor The 2014 midterm elections were essentially a repeat of the 2010 midterms with far worse...