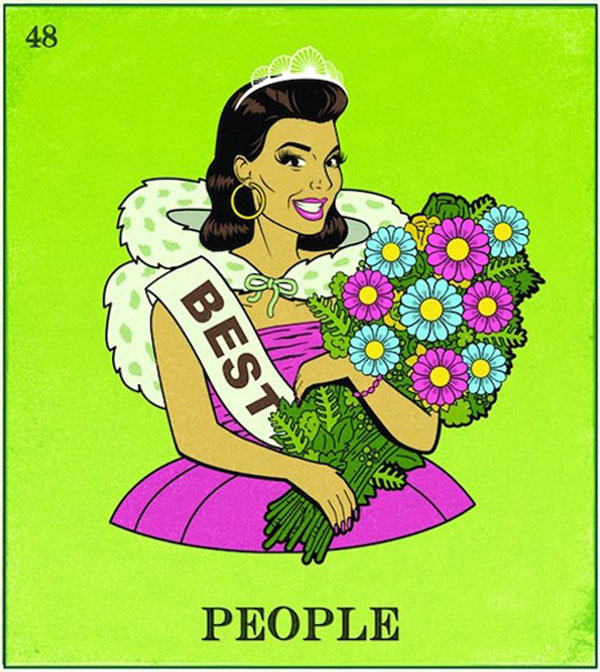 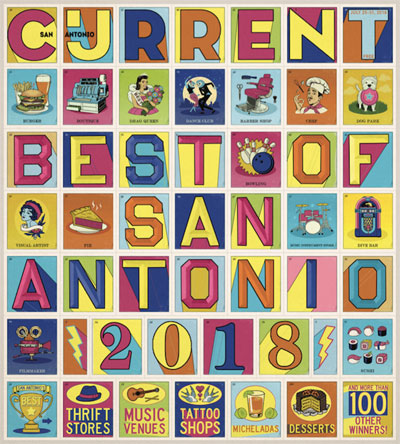 Every year, our sister publication, the San Antonio Current, publishes its Best of San Antonio List, a lineup of over 100 categories where readers vote on what they feel are the best restaurants, bars, people and attractions in our fair city.

This year’s list was revealed today and, as always, includes LGBT businesses and people chosen the best in their category. Following are some of the LGBT picks on the Current’s 2018 Best of SA List. 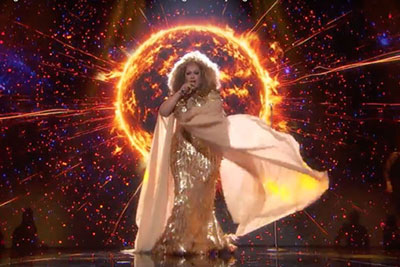 Best Drag Queen: Ada Vox
It’s not every day we have an artist from San Antonio make regular appearances on an international recognized television show, let alone make it as far as Ada Vox did with her time on this past season of American Idol. The SA-born queen, who could be seen performing at places like Luther’s off the North Main strip, was rocketed into stardom with her breathtaking performances on the show as a singing drag queen, which won praise from the likes of RuPaul herself. And it’s not like this was an overnight sensation for the South San High School graduate. Ada Vox auditioned a total of thirteen times before making it as far as she did on the show, a true testament to the idea that no matter how weird or different your dream is, if you pursue it long enough, it could happen for you. It did for Ada Vox at least. 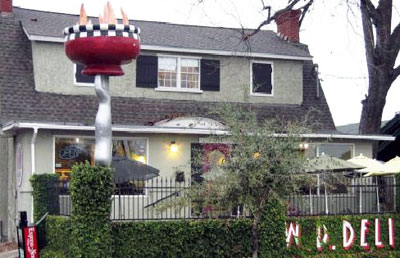 Best Sandwiches: W.D. Deli
3123 Broadway, (210) 828-2322
There’s something to be said for places that don’t change. That something is substantial in the case of WD Deli. Wayne Beers and Mike Bobo’s shrine to the Caesar salad, their paean to pastrami and panini, their ode to Avocado Delight (with cream cheese, mushrooms and more)… and their décor of commemorative plates and collaged snapshots. None of this ever need pay attention to Instragrammatic trends. A new cookie of the month, fine — though we may stick to the likes of butterscotch with just audacious enough black salt. The three-bean vegetarian chili is as robust as any meated-up version in town. Don’t change that one either. The world needs a place for a dependable egg salad, a classic pimento cheese, a tuna salad sandwich “just like Mom’s.” Even the camo-clad contingent from Fort Sam seems to agree. Word to the wise: the line gets long right before noon. The upstairs air conditioning may not be fully functioning. But outdoor seating is pleasant at most times and service is quick and efficient — essential even for entrenched establishments. 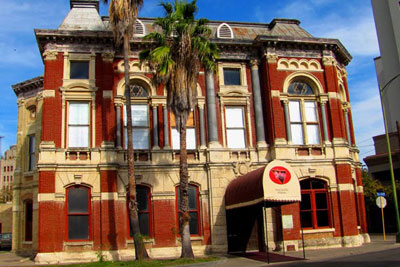 Best Gay Bar: The Bonham Exchange
Best Dance Club: The Bonham Exchange
411 Bonham, (210) 224-9219
Erected 127 years ago and inaugurated as a German social and athletic club, the beloved Bonham Exchange boasts something most other nightspots in town can’t compete with: history. Transformed into a gay bar in 1980 by developer/restaurateur/nightlife entrepreneur Arthur P. “Happy” Veltman Jr., the venue played host to an array of iconic acts in its golden years (the Ramones, Iggy Pop and Debbie Harry to name but a few) but is now chiefly a pleasure palace that keeps its wildly mixed crowd pumped with bargain cocktails (including $1 well drinks all night on Thursday), high-energy dance music and retro jams, drag shows and karaoke. Although much has been said about the club’s specific orientation (if you’re looking for trade, you’ll find it more easily on the Main Strip), the truth of the matter is that the Bonham is welcoming of anyone looking for a party. That open-door policy is perhaps best exemplified during Fiesta, when the Bonham hosts a truly eclectic (and often steamy) after-party following the Battle of Flowers Parade. 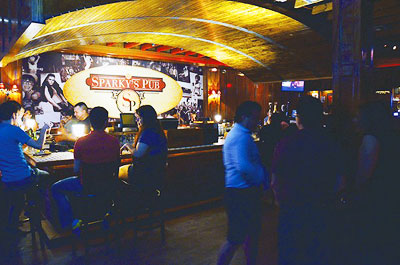 Best Lesbian Bar: Sparky’s Pub
1416 N Main Ave, (210) 320-5111
Sparky’s Pub opened on the Main Avenue Strip in 2010 in the space formerly occupied by the Silver Dollar Saloon. While not strictly a lesbian bar, the club’s interior, with the look and feel of an English-style pub, makes for a comfortable setting. Sparky’s often plays host to events by Ladies on the Loose. In 2015, the bar was named the most gay-friendly place in San Antonio in the San Antonio Express-News Reader’s Choice Awards. 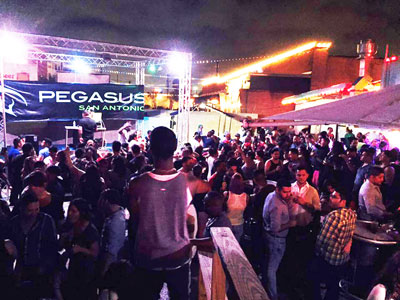 Best Meat-Market Bar: Pegasus Nightclub
1402 N Main Ave, (210) 299-4222
The Pegasus Nightclub has been a fixture on the Main Avenue Strip for almost 25 years. Mauro Garza, the owner of the Pegasus who ran for Congress as a Republican, has described the atmosphere of the club as “down home.” He once told an interviewer, “If I spent half a million [on my bar], my customers might not come. We never have a cover; our employees treat our customers nice.” Whatever the Pegasus may lack in interior design it makes up with weekend crowds standing cheek to jowl in an atmosphere that’s just raunchy enough to encourage meeting that special stranger. 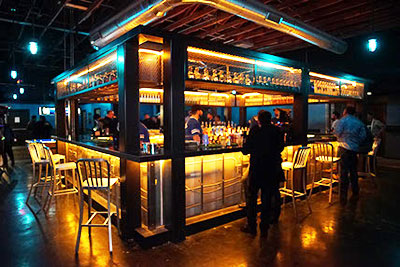 Best Sports Bar: Knockout Sport Bar
1420 N Main Ave, (210) 227-7678
Located in the heart of S.A.’s gay nightlife district and within eyesight of the city’s rainbow crosswalk, the Knockout has built a hopping happy hour and buzzing late-night biz with its inclusive spin on the classic sports bar trope. Rainbow banners drape the exposed rafters and multiple TVs, including a few wall-sized projection screens, air the latest games and sports talk programs while a DJ or the digital jukebox keep the tunes flowing. A backroom bar opens after the sun sets, offering a whole other realm to explore, including additional pool tables, dart boards and a punching bag. And when things really get booming, the action spills out onto a covered patio where it’s easy to mingle with revelers taking in the strip. The kitchen serves up classic sports bar fare with an emphasis on wings. Those craving something heartier slip into Pup’s Pizza next door for handmade pies and calzones while Sunday’s Big Gay Brunch offers a chance to combine a hangover cure while catching the game with friends.

‘Cornyation, the Short Film’ to be Screened at San Antonio Film Festival

Filmmaker David Sims' 20-minute documentary about Fiesta Cornyation, which follows the behind-the scenes staging of the show in 2017, will...