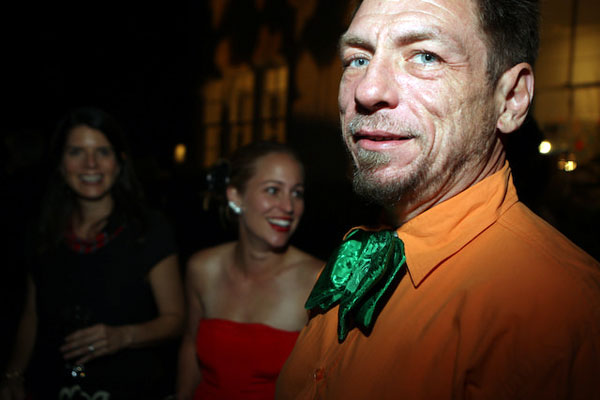 San Antonio’s McNay Art Museum announced this week that it will mount the first major retrospective featuring the work of renowned local artist Chuck Ramirez who died in 2010 in a bicycle accident.

The exhibit, titled “All This and Heaven Too,” is being organized by McNay curator René Paul Barilleaux and is set to open on September 14. It features photographs from approximately 20 series and recreates the artist’s early exhibition installations. The works are being culled from private and museum collections and from Ramirez’s estate. During his career, Ramirez’s work was displayed in national and international exhibitions. In the press announcement for the retrospective the McNay writes, “Ramirez’s art explores personal narrative including his San Antonio upbringing, Mexican-American heritage, and HIV status, making the project relevant to Texas and the broader arena of contemporary art and photography. Ramirez’ photographs were created as several themed series explored over the course of his career.”

(Editor’s note: Use this link to view some of Ramirez’s work on the website of Ruiz-Healy Art, the exclusive representative for the estate of Chuck Ramirez.)

The McNay announcement goes on to recall, “Ramirez’s large-scale photographs of everyday objects offer a humorous yet poignant perspective on our culture of consumption and waste, and the reality of fleeting life and mortality. Ramirez was inspired by opposing themes—life/death and humor/despair—and incorporates hints of his work as a graphic designer at Texas supermarket giant HEB.”

The McNay is also producing an accompanying exhibit publication which “places Ramirez’s art within the broader context of contemporary photography . . .” Essays by curator Edward Hayes and writer-curator Elizabeth Ferrer will focus on Ramirez’s art as it is filtered through his biography and personal narrative, and its context within Latino art. Portrait via the website for Tia Chuck, a documentary about the life and work of Chuck Ramirez that is currently in production.

During his life, Ramirez was a popular and much-loved personality on the arts and nightlife scene. A tribute titled ‘Rocket Man” by Sarah Fisch was published in the San Antonio Current after his death.

In that tribute Fisch recalls, “Chuck Ramirez was a deeply ingenious and groundbreaking contemporary artist, a finely-tuned designer so original that to call his taste impeccable makes his sensibility seem too staid. He was a good neighbor, a civic-minded native son, a partier par excellence. He dressed nattily, spoke wittily, cooked brilliantly, travelled the world, spread love as devoted friend, beloved son, brother, and uncle … and, for a brief and shining teenaged moment, played the trombone.”

Chuck Ramirez: All This and Heaven Too, September 14, 2017 to January 14, 2018. McNay Art Museum, 6000 N. New Braunfels Ave, San Antonio. Members-only preview on September 13 featuring music by DJ JD Samson. Tickets $25. Must be a McNay member to attend. For more information go to the museum’s website.

In 1962, Dan Guerrero arrived in New York City eager to break into the world of show business. Decades before...