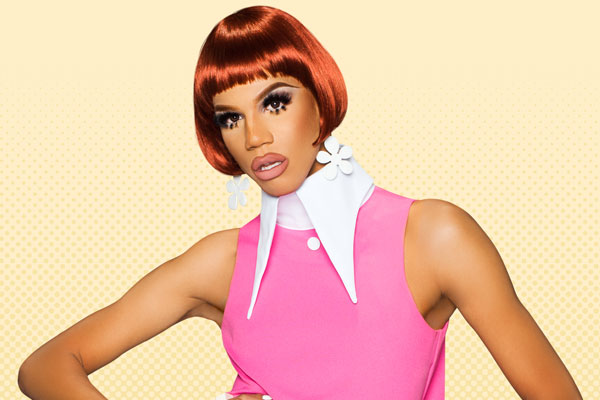 When Naomi Smalls walked into the room and declared, “Check your lipstick before you come for me,” she was easily one of the most striking queens on season 8 of RuPaul’s Drag Race.

Her signature style (inspired by 1990’s era supermodels) emphasized her slender body and flat chest, and she was known for having ‘legs for days.’

Think of her as the lovechild between Naomi Campbell and Biggie Smalls, eventually earning her way into the top three alongside runner-up Kim Chi and winner Bob the Drag Queen. Just 21 years old at the time of filming, Smalls was the season’s youngest contestant, giving every player a run for her money, and winning over the hearts of millions (even Naomi Campbell admitted she was a fan).

She makes her San Antonio debut this summer at Heat Nightclub courtesy of Rey Lopez Entertainment.

The Stonewall Democrats of San Antonio announced that transgender activist Lou Weaver will be the keynote speaker for their annual...