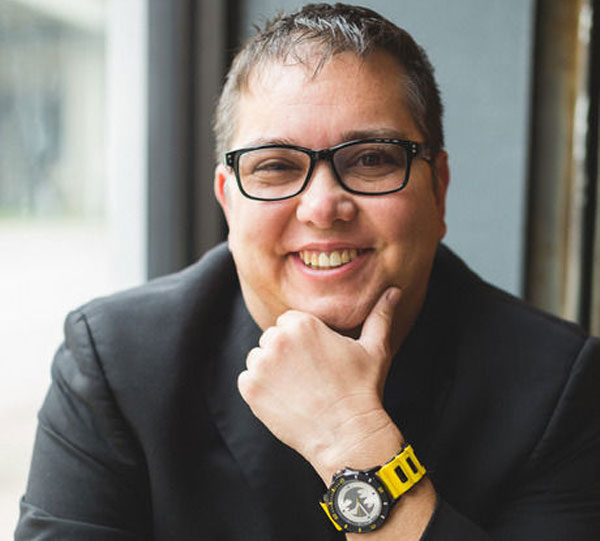 The Stonewall Democrats of San Antonio announced that transgender activist Lou Weaver will be the keynote speaker for their annual awards banquet on September 24.

Weaver, who lives in Houston, is a transgender man who serves as Equality Texas’ first transgender programs coordinator. He is also active in his hometown’s LGBT community and is a sought-after speaker who provides trans training and education throughout the state.

Serving as a topic specialist who advises multiple Fortune 500 companies, Weaver addresses  issues related to trans workplace policies. He has collaborated with law enforcement departments, helping them update policies and procedures for dealing with the trans community. “I will speak to anybody and everybody who will listen,” he told Houstonia Magazine in an interview last January.

“One of my top priorities will be to bring trans communities throughout Texas together to support collaborations and base building between one another. I believe we are stronger together and we can have a strong unified voice,” Weaver said when he began his association with Equality Texas.

Most recently, Weaver has been helping Equality Texas introduce their TransVisible Project throughout the state. The campaign was first introduced in Houston last March and was rolled-out last week in the Rio Grande Valley.

“The purpose of TVP is to educate Texans that transgender people are our neighbors, families, coworkers, and friends,” Weaver said at the program’s introduction in Houston.

Lou Weaver (second from left) at a 2014 training session for local media in San Antonio. (Photo by Sam Sanchez)

The TransVisible Project further aims to educate Texans about discriminatory legislation which activists say will be filed by some politicians in the upcoming legislative session and to urge everyone to stand up for the equality of every person in the state.

“Transgender Texans, like all Texans, need to use public restrooms without fear for their safety or security. Proposed laws in other states and what may be proposed in Texas during the next legislative session would roll back decades-old policies and laws that ensure that transgender people have access to restrooms appropriate to their gender,” says Weaver.

Weaver also volunteers on the political and community engagement committees of the Houston chapter of the Human Rights Campaign, and serves on HRC’s national board of governors as co-chair of the national diversity and inclusion committee.

“Now more than ever, we need to show others that trans people are proud Texans,” Weaver writes on the Equality Texas website. “I know we can conquer LGBTQ inequality.”

Stonewall Democrats of San Antonio Annual Awards Banquet, September 24, 2016 at the Hilton Palacio Del Rio, La Vista Ballroom, 200 South Alamo Street. Cocktails at 6 p.m. Dinner and awards ceremony at 7 p.m. Tickets are $100 per person ($80 if ordered before September 1).  If you order 8 tickets ($800), you will get a reserved table. RSVP by ordering your tickets online via ActBlue.

Thirteen states, led by Texas, today submitted a legal filing with a U.S. judge in Fort Worth asking to halt...