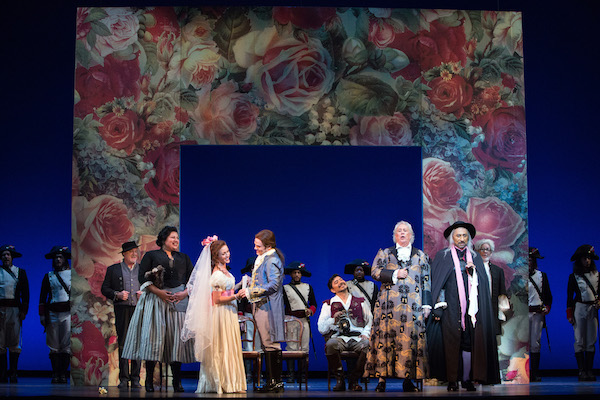 A scene from Opera San Antonio's production of "The Barber of Seville." (Courtesy photo)

Opera San Antonio kicks off its next season on September 8 with a production of Giuseppe Verdi’s Shakespearean drama Macbeth. In May 2018, the company will present Puccini’s heart-breaking tale, La Bohème. Performances for both productions will be at the Tobin Center for the Performing Arts.

In a press release, Enrique Carreón-Robledo, General and Artistic Director of Opera San Antonio had this to say about the upcoming season:

“After one season in my current position of General and Artistic Director, I am greatly enthusiastic looking ahead to Opera San Antonio’s fourth season.  It will be the first one in which I have been fully involved in selecting the repertoire and gathering the team of creative and technical artists.  Macbeth and La Bohème are representative works of two of the most important Italian Opera composers, Giuseppe Verdi and Giacomo Puccini, and at the core of my repertoire.  I am very excited to make my conducting debut with the company when I step on the podium to lead our performances of La Bohème.”

The announcement of the new season comes on the heels of the company’s recent presentation of Rossini’s The Barber of Seville. Following is the performance schedule for next season.

Reported by Jessica Elizarraras for the San Antonio Current. Chuck Hernandez, chef, caterer and author of "Pesto Power," passed away...