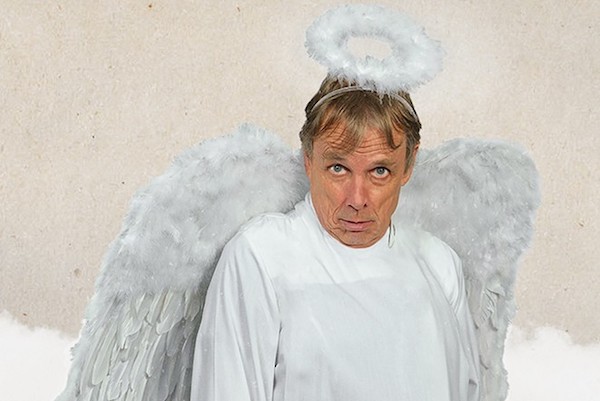 Actor, playwright and humorist Jaston Williams is bringing his holiday-inspired, one-man show, Blood & Holly, to San Antonio audiences for a series of performances in early December.

Best known for writing the quartet of Greater Tuna plays, Williams describes his childhood Christmases as a “warped hybrid of Toyland and Franco’s Spain.”

The idea of fascist nutcrackers is disturbing enough, so if you’re hoping for more plum pudding and less prickly parody, Blood & Holly probably isn’t your kind of gingerbread cookie.

Whatever Williams has in store, he’s overjoyed that he’s back in person after months off because of the pandemic. “You can tell that audiences are hungry for it,” Williams said during a recent interview with Houston Film Fanatics. “We really need to laugh, and Christmas just begs to be mocked. Christmas just asks for it.”

Williams says the scariest part of the holiday season is that people get together “for no other reason than they have to.” If you’ve seen Williams’ A Tuna Christmas, you know the kind of satire you’re in for.

After slaying her way into the top eight of American Idol a few years back, many predicted big things for...