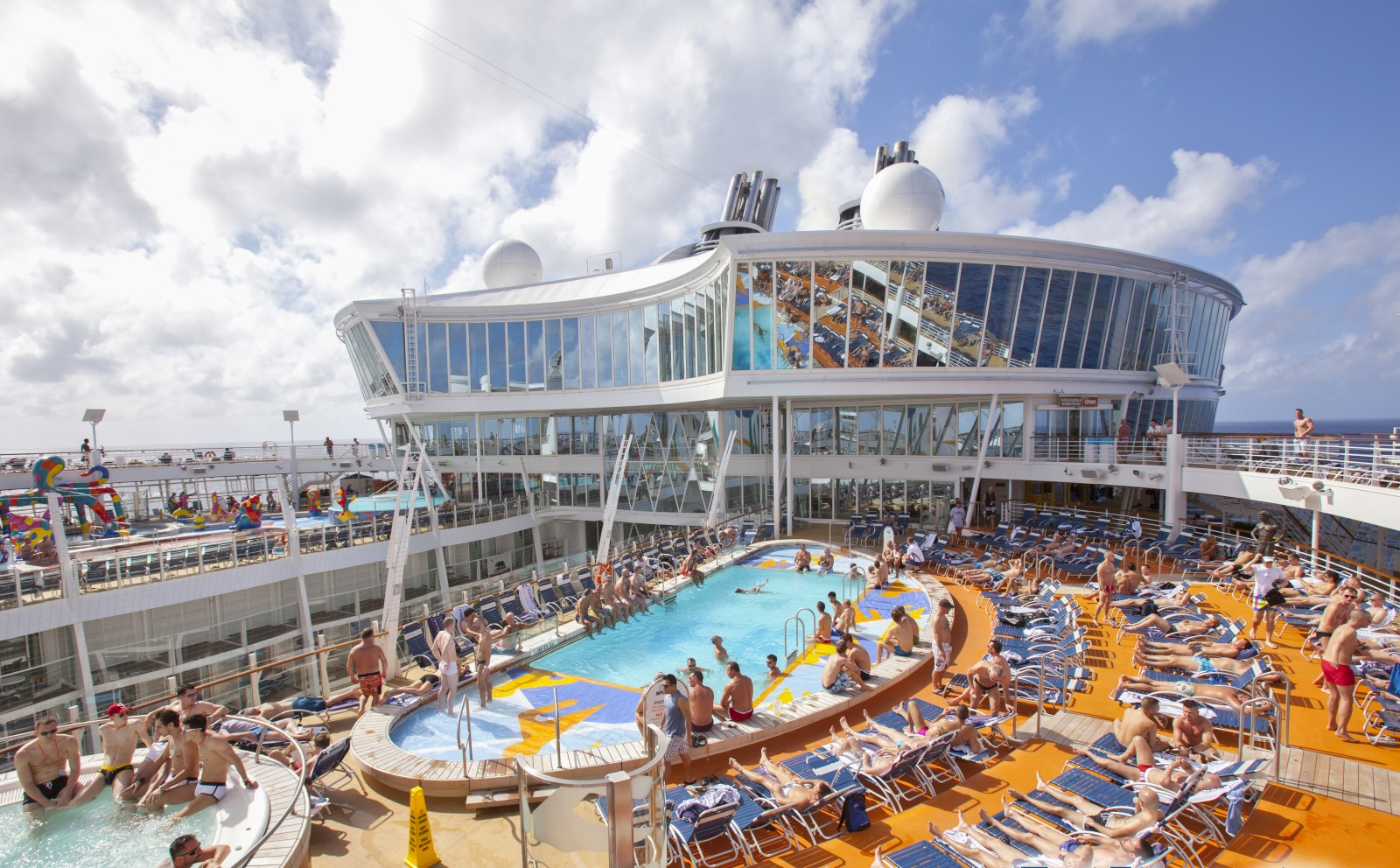 Where are all the non-gendered LGBTQ cruises? Lost at sea? A recent web search returned mostly male-only and female-only results; in fact, most LGBTQ cruises that depart from the U.S. are male-specific. “Olivia is the biggest as far as lesbian cruises go,” says Patti Wylie, a representative for Now Voyager Travel, a company in the heart of San Francisco’s Castro District. Wylie states that while many of the cruises are gender-specific, it’s not uncommon for lesbians go on predominantly male cruises. “We’ve booked about 10 to 15 percent lesbian on [male] cruises,” Wylie says. Gender specifics aside, the cruises we found — all departing between fall 2016 and early 2017 — have plenty to offer, from gay Halloween parties and Broadway-style entertainment to spa treatments and surf simulators.

The Black Gay and Lesbian Cruise features three decks, a waterfall, waterparks, a jogging course and even giant chess. The amenities are all there, but the focus of this cruise is family and friendship — and romance, if it sparks. The ship carries 3,002 guests, offering plenty of opportunities to form the friendships the cruise aims for. The ship departs from Norfolk, Virginia, and tours the Bahamas, Dominican Republic and Grand Turk before returning to Norfolk. bglcruising.com This Halloween cruise is specific to gay men — 1,800 of them to be exact. Atlantis celebrates its 25th anniversary with dancing, brunches, outdoor decks and a stop at a gay-friendly beach. At press time, this year’s entertainment was still unannounced, but past cruises have included Idina Menzel and Jennifer Hudson — not to mention drag queens and cabaret performers. The decks might as well be nightclubs themselves, once they’re transformed with lasers, DJs and dancing. And, of course, there are Halloween festivities by day and night. The tour departs from San Diego and hits Cabo San Lucas, Puerto Vallarta and Mazatlán before returning to California. atlantisevents.com

This Gayribbean adventure departs from Galveston and tours Montego Bay, Grand Cayman and Cozumel. While beach time in the ports is a guaranteed highlight, the Carnival Breeze’s stacked amenities and entertainment options — including bars, lounges, pools, hot tubs, a miniature golf course, a casino with slots and gaming tables, and Las Vegas-style shows featuring drag performers Tasha Kohl, Kourtney Paige Van Wales and Deyjzah Opulent Mirage — promise to make getting there half the fun. gayribbeancruises.com

Having organized luxury cruises since 1990, Pied Piper is a veteran of the gay travel scene. When it comes to the company’s 26th anniversary offerings, the ever-popular, one-week Post-Thanksgiving Cruise from Miami packs a punch with visits to San Juan, St. Maarten and St. Kitts, not to mention an intimate performance by the hunky classical-pop quartet Well-Strung (Nov. 26-Dec. 3, 2016). But the longer Panama Canal Cruise gets our vote for its abundance of destinations. After departing from Fort Lauderdale, the elegantly decorated ship — which boasts a gym, a piano bar and Broadway-style entertainment — makes stops in Colombia, Panama, Costa Rica, Guatemala and Mexico. piedpipertravel.com With two stops in Mexico and one in Haiti, this weeklong getaway takes the gay cruise experience to an entirely new level, thanks to the seemingly endless list of possibilities aboard what’s billed as the “largest” and “most incredible ship” ever built. Capable of hosting up to 5,400 guests, Allure of the Seas pulls out all the stops with 17 decks, five distinct dance spaces (ranging from “massive to intimate”), five theaters, 13 restaurants and cafes, four pools, seven “neighborhoods,” an ice-skating rink, a zip line, two FlowRider surf simulators, a sports court, and 20 different shows — from a full-length production of the Broadway blockbuster Mamma Mia! to the acrobatic antics of Blue Planet. atlantisevents.com Courtesy of the Olivia Companies, LLC

As stated on its website, “the Olivia Experience is about women having fun together, making friends – and maybe even finding that special someone.” Among the many options offered by the lesbian travel company, Caribbean Festival at Sea is set to welcome more than 2,000 lady-loving ladies aboard the mid-sized MS Eurodam for a weeklong tour departing from Fort Lauderdale and stopping in the Bahamas, the Cayman Islands and Mexico. In addition nine restaurants, a Culinary Arts Center presented by Food & Wine, the Greenhouse Spa and Salon, bars, nightclubs and an array of live entertainment from lesbian artists, Olivia assists guests with arranging activities at ports, like snorkeling, parasailing and horseback riding on the beach. olivia.com

Bored with the steady influx of box-office bombs at the megaplex? Skip Hollywood’s overblown (and underwhelming) offerings and support indie...