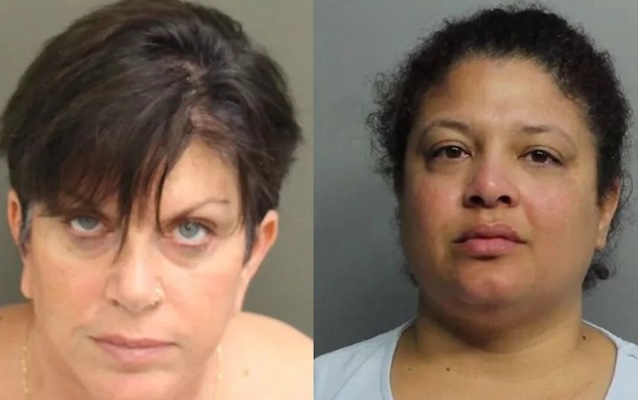 A married Mesquite, Texas couple are on the run from police after they were charged with murdering a Seattle woman then fled while they were free on bond. The murder was committed in October 2020

50-year-old Nina Marano and her 58-year-old wife, Lisa Dykes, along with their roommate 32-year-old Charles Beltran, who remains jailed in Dallas County, are accused of murdering 23-year-old Marisela Botello-Valadez. Maranos and Dykes were released on a $500,000 bond in May 2021 on condition that they would remain under house arrest and wear GPS monitors. On Christmas Day, the couple cut off their ankle monitors. At that time, law enforcement officials had no luck in contacting either woman. It wasn’t until January 4 that they realized the couple had fled. Botello-Valadez was in Dallas visiting a friend. She went out for drinks but never came back to her friend’s apartment. She was last seen on October 5, 2020 at the Select Start Bar where closed circuit video shows her leaving with a man believed to be Beltran. Her remains were discovered on March 24 in Wilmer, a wooded area near Dallas.

Using telephone records, police were able to trace Botello-Valadez’s whereabouts that night to Maranos and Dykes’ home where they found a carpet with traces of blood that matched the victim’s.

In the weeks after Botello-Valadez’s remains were found, police arrested Maranos and Dykes in Florida. Beltran was taken into custody in Utah.

“It’s disgusting, because they shouldn’t even have been let out on bail in the first place. . . ,” Botello’s aunt, Dennesly Castillo, told Fox News Digital. “That should not be an option for this type of case.” The Advocate reported, “She also wants to know why it took so long for Dallas authorities to be notified the pair had fled. It wasn’t until January 4 that Dallas County got the call, which means they had a 10-day head start.”

The board of directors of the Overtime Theatre announced on January 6 that local actor, writer and director Jade Esteban...