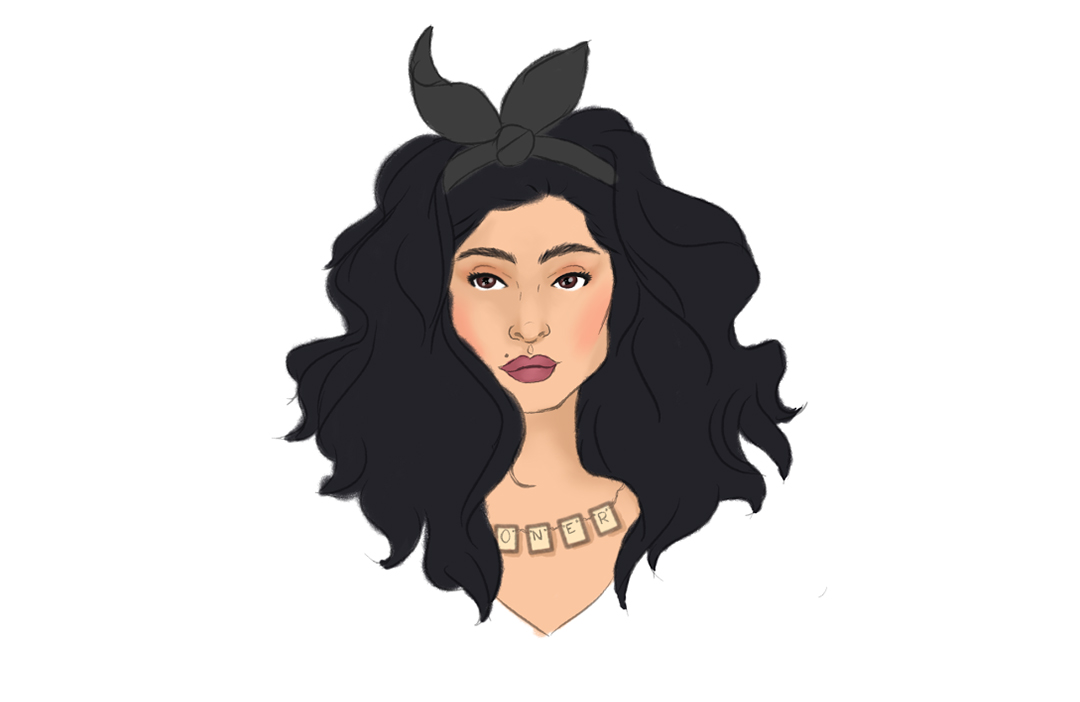 The first time I ever “came out” as anything was in seventh grade. I had let a very, very small handful of friends know that I thought I was bisexual, as I had found myself developing crushes on people regardless of their gender. However, since these so-called friends coded me as a gay boy, most of them laughed off the idea that I could be attracted to women in any capacity. Because of this assumption — and the fact that this was middle school — word got around that I was supposedly gay, resulting in inevitable ridicule and my own self-doubt.

The following year, I was turned onto “riot grrrl” bands and political punk music, thanks to a friend’s badass sister who passed me a mix CD with a track listing that essentially changed how I saw the world. It was my first foray into feminism, listening to women expressing anger and passion and emotion in ways I had never heard before.

It was during this time and my subsequent adolescent years that I became interested in learning more about other socio-political movements. As a junior in high school with internet access, I was soon catapulting headfirst into queer politics and the queer movement. I recall being in awe of how queerness could be reclaimed and celebrated.

I figured if my peers wouldn’t accept me as bisexual, I could take on a queer identity as the perfect subversion of their expectations and misconceptions about who I was and what I was about. Of course, I had to explain what “queer” meant to nearly everyone who questioned my sexuality, but I didn’t care because it felt right. I felt like I finally had a way to express that it didn’t matter to me how a person was built or what gender they are — I just cared about what was in their heart, and that was good enough for me.

By the time I got to college, I was full on genderqueer, exploring the depths and limits of my gender expression and my sexuality through my fashion choices, makeup and even with my pronouns. I was at a frat party in full feminine dress — donning a blue wig and red lipstick — when I first told someone that I was a woman, introducing myself as Sophia, a name I had chosen on the spot and began to use whenever I was out in “girl mode” (aka authentic me mode).

In the latter half of my senior year of undergrad, I had at last accepted myself as a transgender woman and began transitioning into the life that I live today. Because I’ve always felt that my queerness is mutable, my sexuality didn’t shift as much as it does for trans women who are solely attracted to men or solely attracted to women. In other words, because I like pretty much everyone, I didn’t really have to adjust my scope as far as seeking out partners sexually or romantically — until I actually started dating while trans.

It has been almost two years since I began transitioning, and over a year since I started dating as the real me, and it has not been an easy ride. I’ve had to deal with a slew of chasers, fetishists and people who want to do everything with me — except take me out in public — and I have to say that the majority (if not all) of these people who have entered my life (only to take advantage of me) have been cisgender men. What this tells me is that, of all the possible dating pools I could swim in, mine is crowded with cis men who merely see me as a sexual object or a curiosity to explore.

It is for these reasons, and the fact that it is such a turn off to be objectified, that I’ve been moving away from men as potential partners in any form. I have been reimagining — so to speak — my queerness in such a way that limits my romantic and sexual endeavors to pretty much any gender that isn’t cisgender male. In fact, I would go so far as to say that my ideal partner (should the gods grant me a miracle and bring them into my life) would be another queer trans woman — because they would understand what I’ve been through and where I’m at now. They would know what it is to grow up confused by the world and longing for some kind of resolve. They would know the beauty of my transness in such a way that isn’t fetishistic or misconstrued, because they too would possess it in themselves. If only, right?

Unfortunately, much like what I experienced when I first came out as bisexual in seventh grade, I’ve been met with disbelief since I no longer want to date or sleep with cis men. But thanks to my years of introspection and general self-awareness, I feel steadfast in my decision and hopeful that I’ll find someone on my own terms who loves me for me, regardless of any skeptics who never seem to mind their own business.

The point that I hope I’m making is: Sexuality and gender do not remain the same for everybody, and if someone tells you they are something, listen to them before trying to poke holes in an identity that they’re still trying to come to terms with. We need to support everyone in their journeys to finding themselves, even if they seem sudden or “out of left field.” Our identities should be celebrated — not critiqued — and I can only hope that going forward we get better as a society at accepting the diverse spectrum of gender and sexual orientation.

The incidence of syphilis and HIV has increased over the past three years among San Antonio's gay and bisexual men...