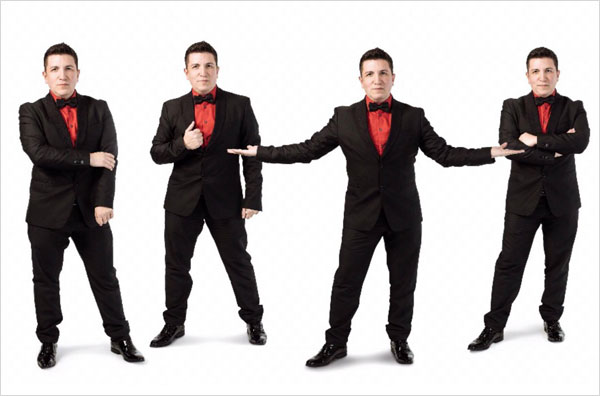 Since its 2012 premiere at the Bonham Exchange, the annual Rey Lopez Birthday Bash has featured appearances by some of the top performers from RuPaul’s Drag Race. With the reality show’s increasing popularity and its recent jump to VH1, there seems to be no end in sight for these gender-bending, boundary-pushing queens. Before last year’s bash Lopez told Out In SA, “I plan to go as long as I can.” If previous years are any clue, you can expect to see plenty of extreme lip-syncing, death drops . . . and perhaps a lap dance or two. Make sure to arrive early for the red carpet preview and fan mixer.

Here are the nine queens partaking in this year’s extravaganza. Valentina (season 9)
Born James Andrew Leyva, California girl Valentina brought tears to the judges’ eyes when she dressed as Lady Gaga during her first challenge on the current season of RuPaul’s Drag Race. The Los Angeles native’s winning strategy so far involves a look that’s equal parts old-school Hollywood glamour and modern telenovela starlet. Adding to her allure is the fact that she borrows her name from a popular Mexican hot sauce and claims the Virgen de Guadalupe is her drag mother. Although a relative newcomer to the world of drag, Valentina has proven herself as one of the most talented queens this season and a top contender for the title of “America’s Next Drag Superstar.”

Jessica Wild (Season 2)
Although hindered by an admitted language barrier, Puerto Rican dancer and vocalist Jessica Wild proved herself as one of the most likable queens on season two. Since making a memorable slip of the tongue (involving “dreams of a golden shower”), Wild has shared stages with Miley Cyrus and Gloria Trevi and released the LPs You Like It Wild (2011) and Absolutely (2013). Naomi Smalls (Season 8)
When Naomi Smalls walked onto the set of RuPaul’s Drag Race and declared, “Check your lipstick before you come for me,” she secured her status as one of the most striking queens on season eight. Inspired by 1990s-era supermodels, her signature style emphasizes her slender figure, flat chest and “legs for days.” Think of the self-described “7-foot glamazon drag queen from Redlands, California” as the lovechild between Naomi Campbell and Biggie Smalls. Just 21 years old at the time of filming, Smalls (born Davis Heppenstall) was the season’s youngest contestant, giving every player a run for their money, and winning over the hearts of millions (even Naomi Campbell admitted she was a fan) on her journey to the top three alongside runner-up Kim Chi and winner Bob the Drag Queen. Jujubee (Season 2)
Thai-Laotian performer Jujubee served up a signature blend of sexiness and sassiness that went into overdrive when she joined forces with Raven (as Team Rujubee) on RuPaul’s All Stars Drag Race. Also known as Airline Inthyrath, Jujubee picked up a NewNowNext award nomination in 2010 for Most Addictive Reality Star.

Raven (Season 2)
California girl Raven once described herself as “dark, mysterious, and glamazonious,” to the Huffington Post and schooled her own mother on the art of fierceness during an episode of the RPDR spin-off RuPaul’s Drag U.

Born Joey Santolini, this Virginia native made a star turn on season two of RuPaul’S Drag Race All Stars.

David Rubin came to San Antonio in the wake of Hurricane Katrina. He had made the decision to leave New...