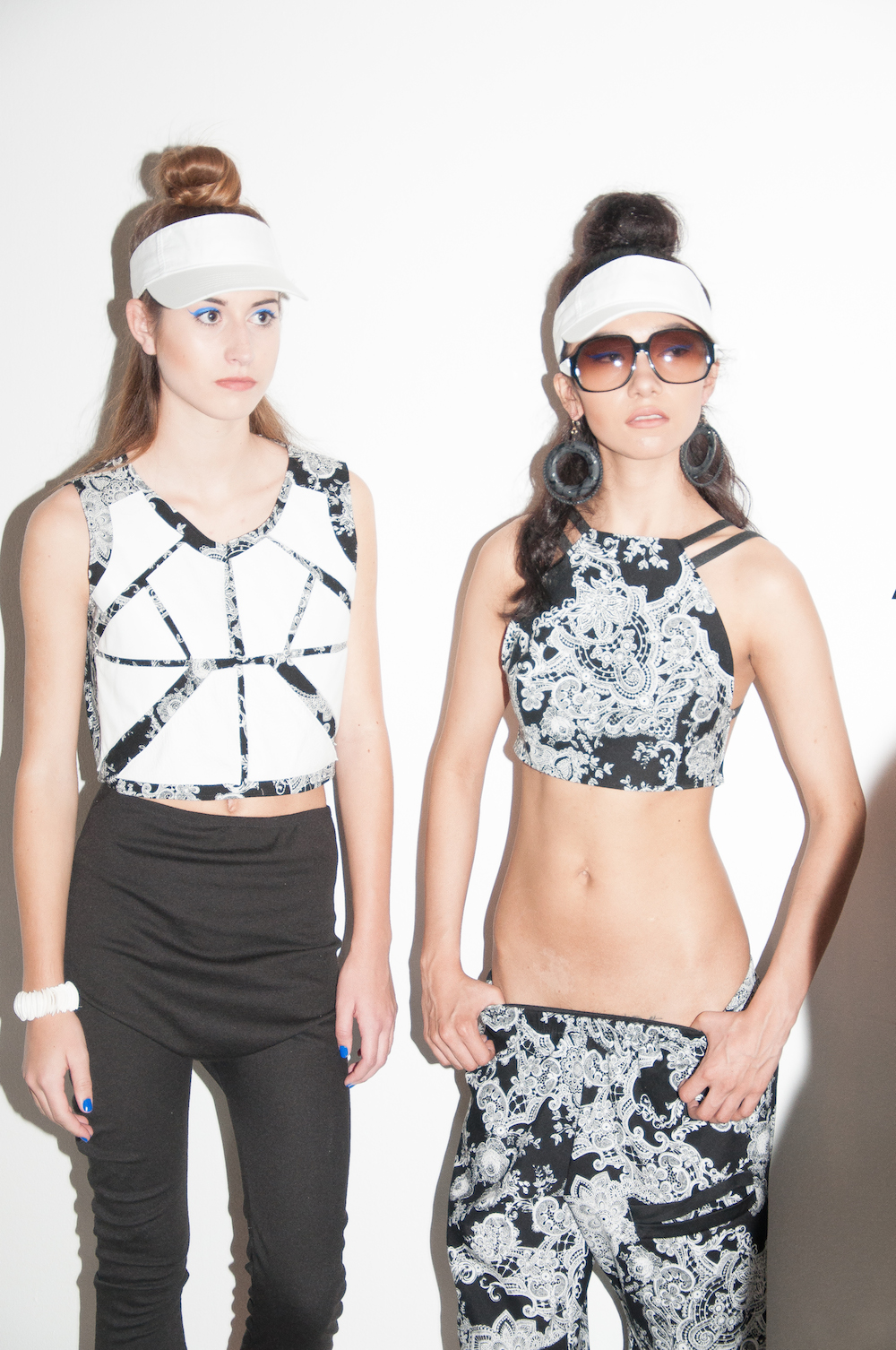 As the crowd packed into the Museo Alameda Sunday afternoon, anticipation was high for local designer Samantha Plasencia’s show. Some had only recently discovered her talent from her stint on Project Runway; others have been following the 27-year-old since her Incarnate Word days, where she won first place in construction at the Cutting Edge Fiesta fashion show. I could tell that this show was going to be one of the highlights of the 2014 San Antonio Fashion Week. Among the crowd of fashion-lovers, mutters of excitement and proclaimed love for the designer started to grow into impatience (it was hot, no one was really sure where to wait). Finally, about half an hour late (Fashionably late?! Am I right, guys?!), showtime. 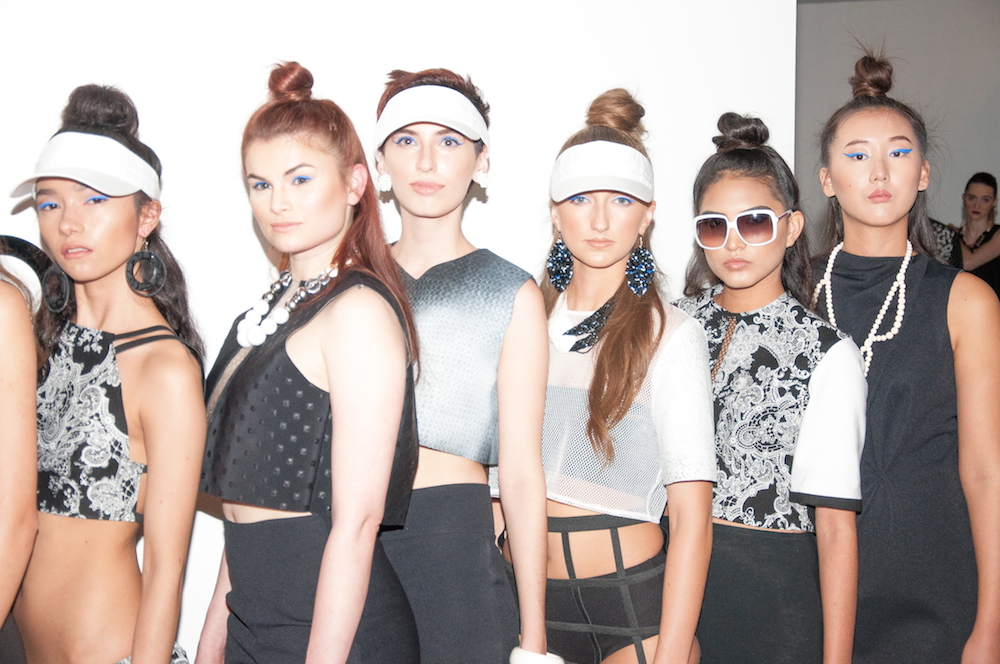 Photos by Julian Ledezma, JPL PRO, for Out In SA 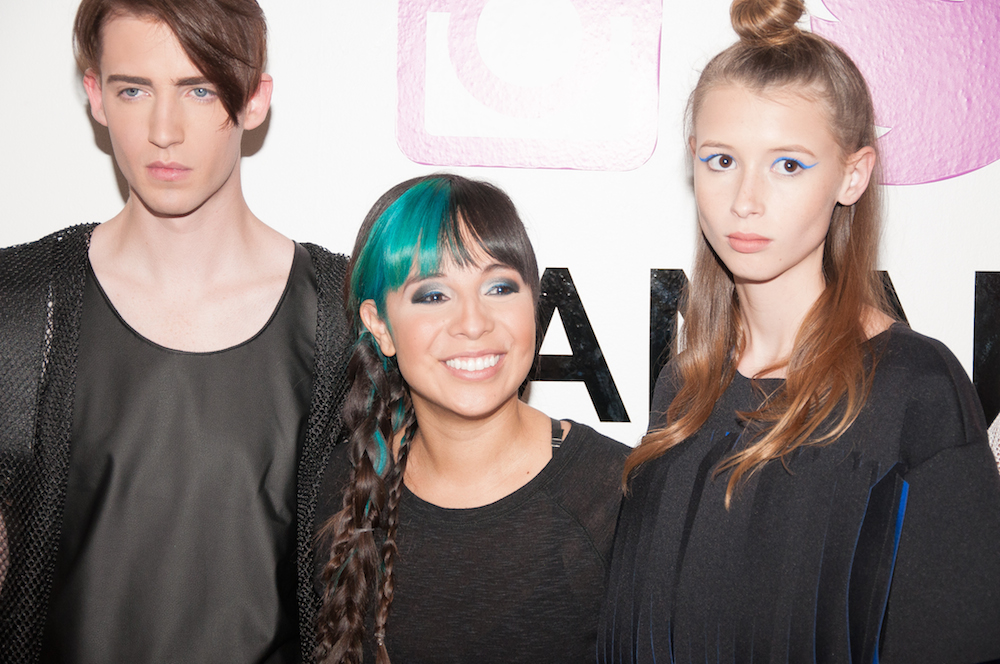 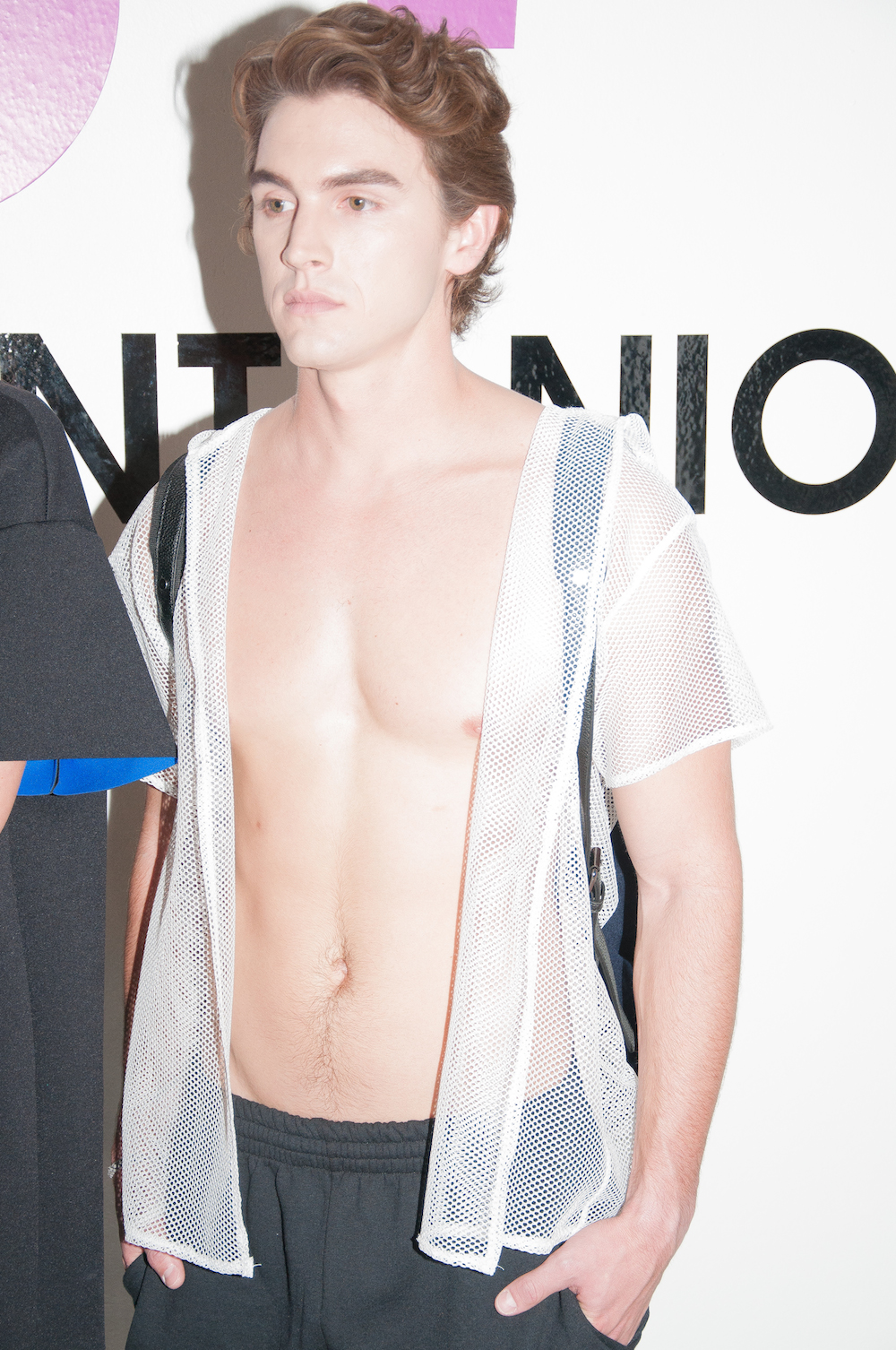 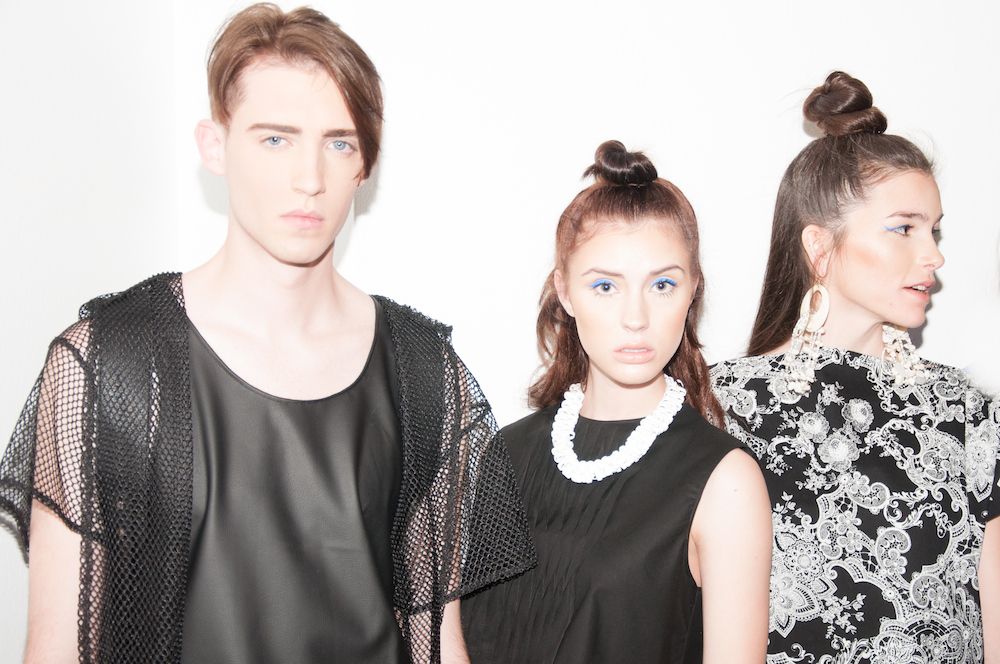 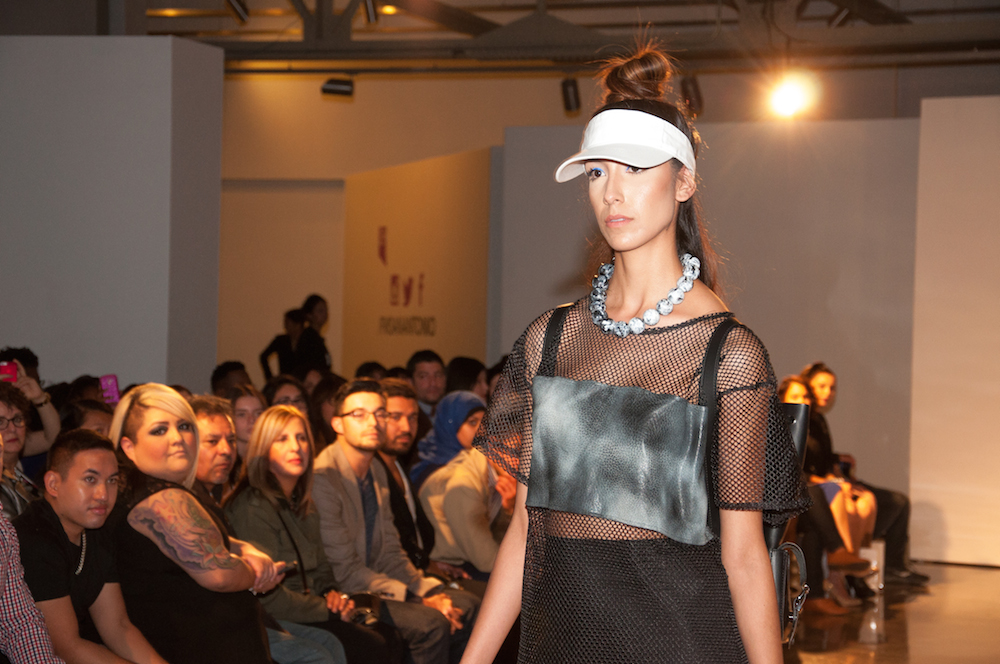 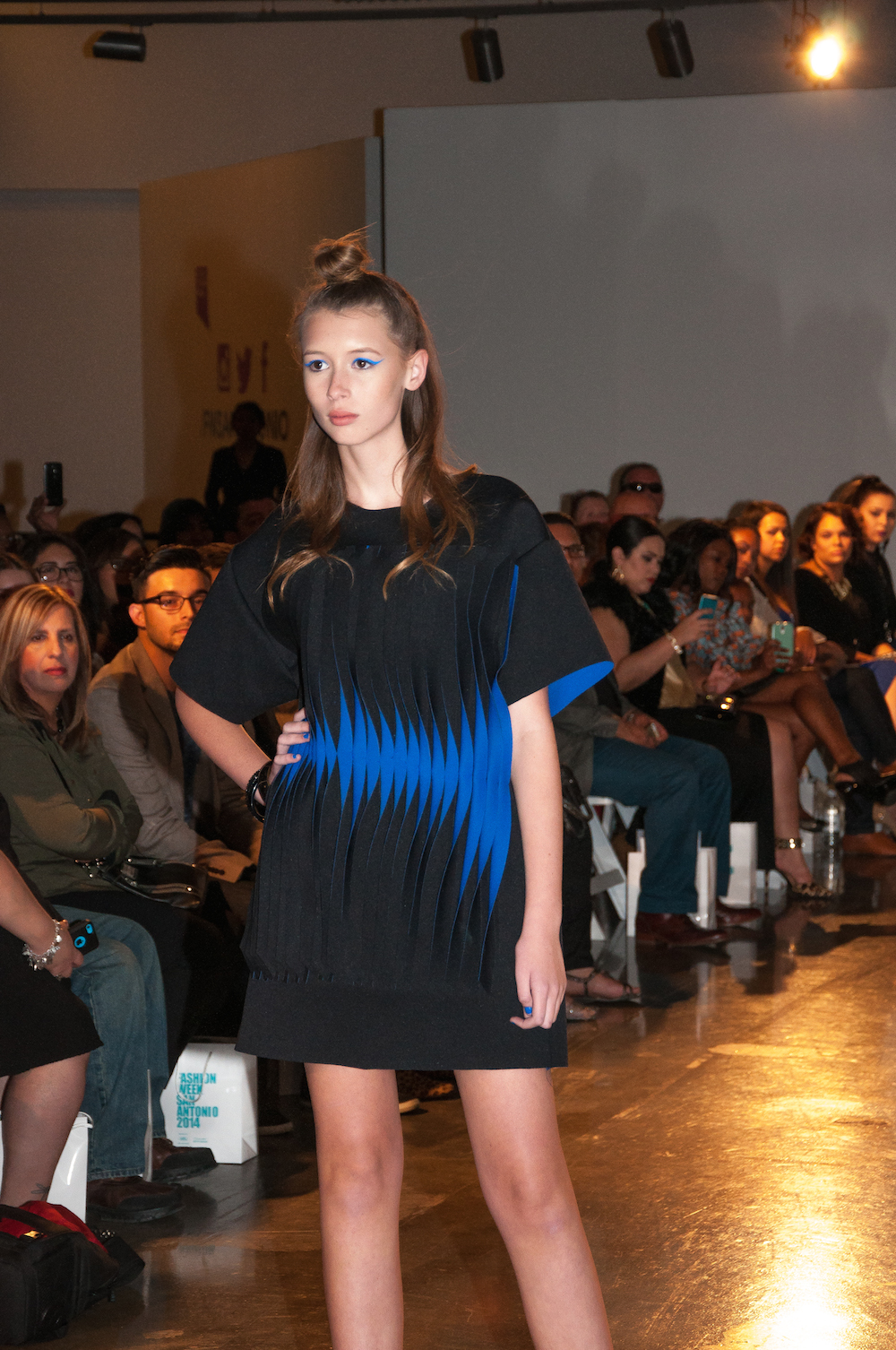 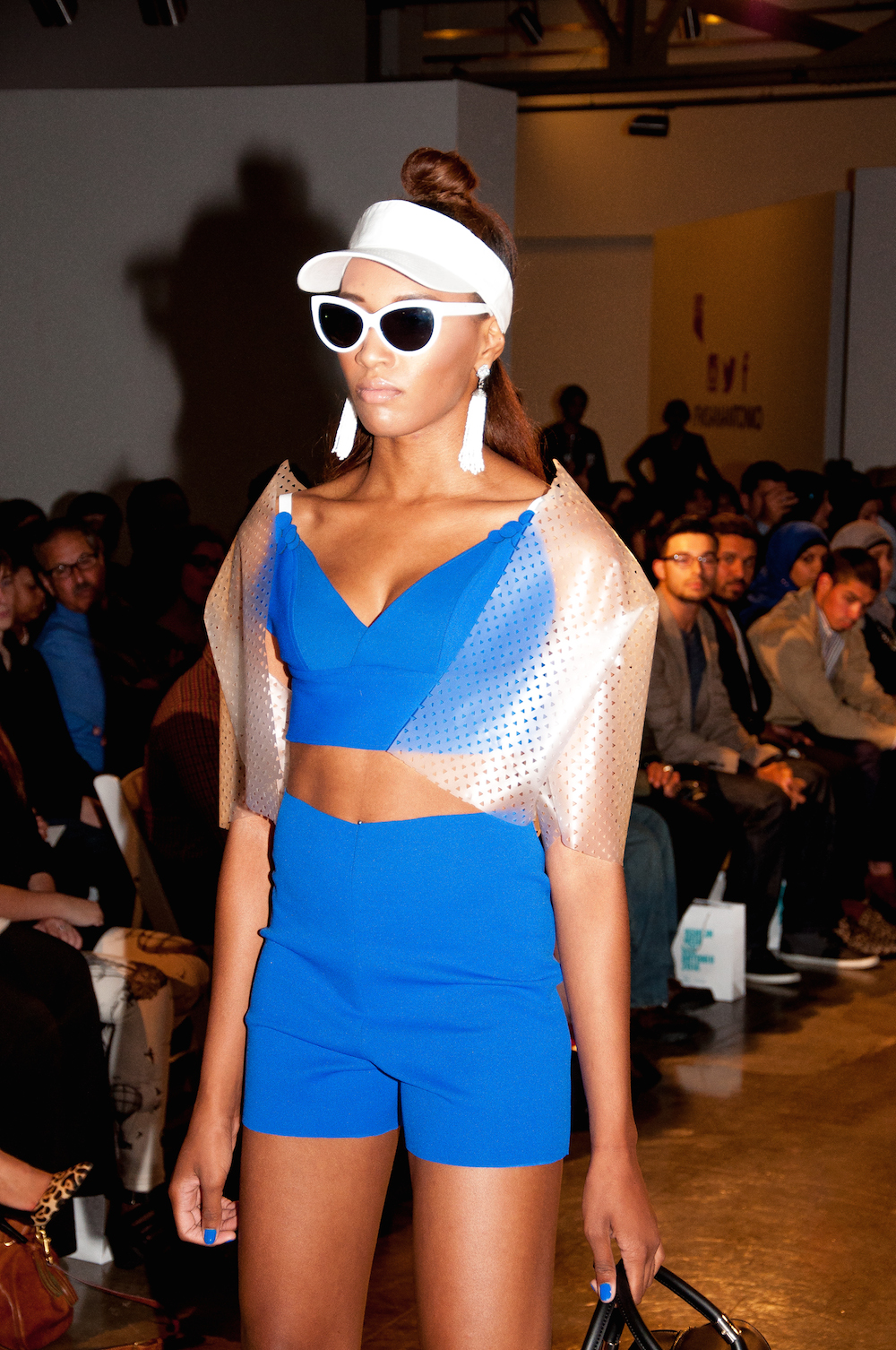 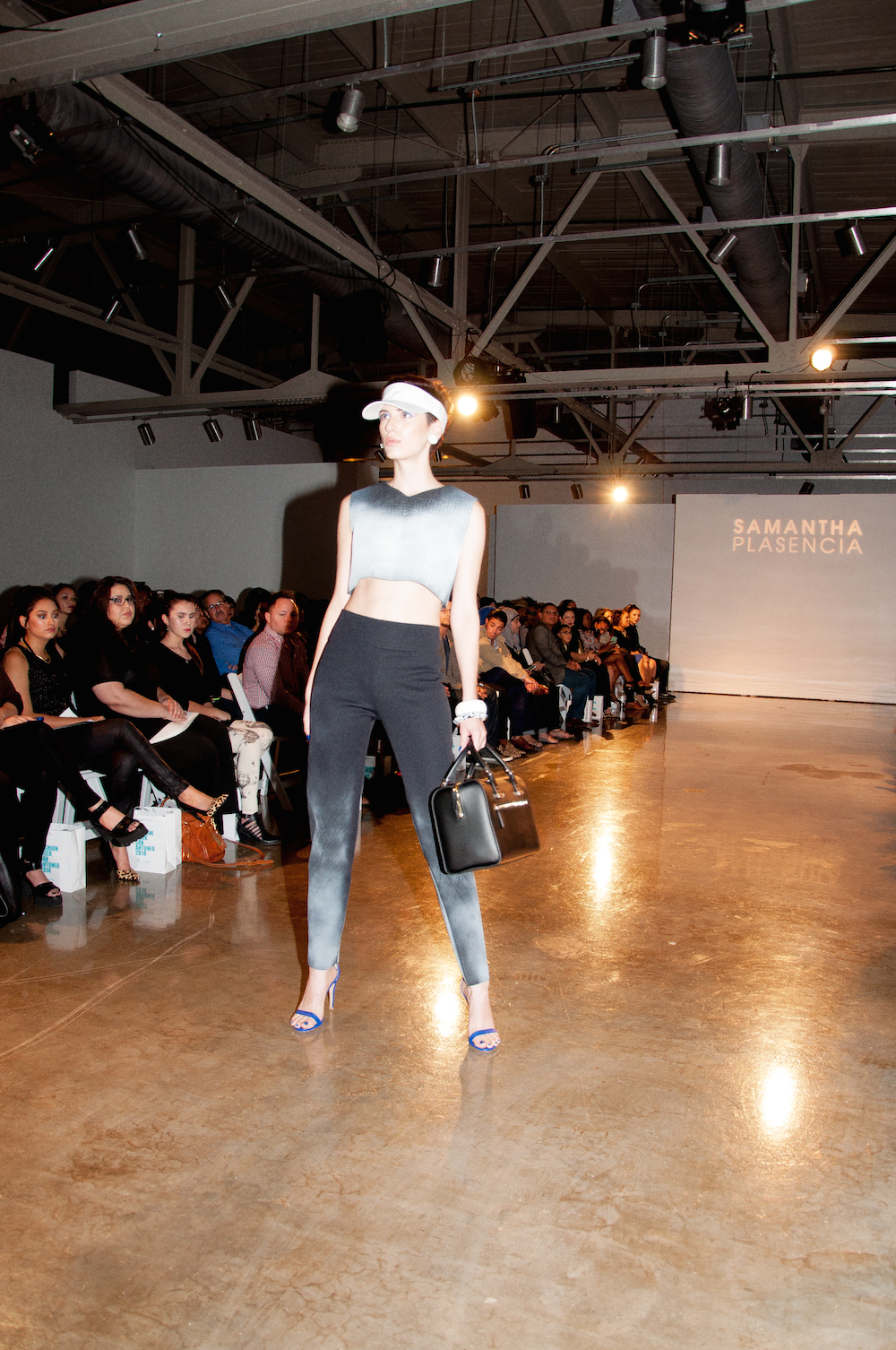 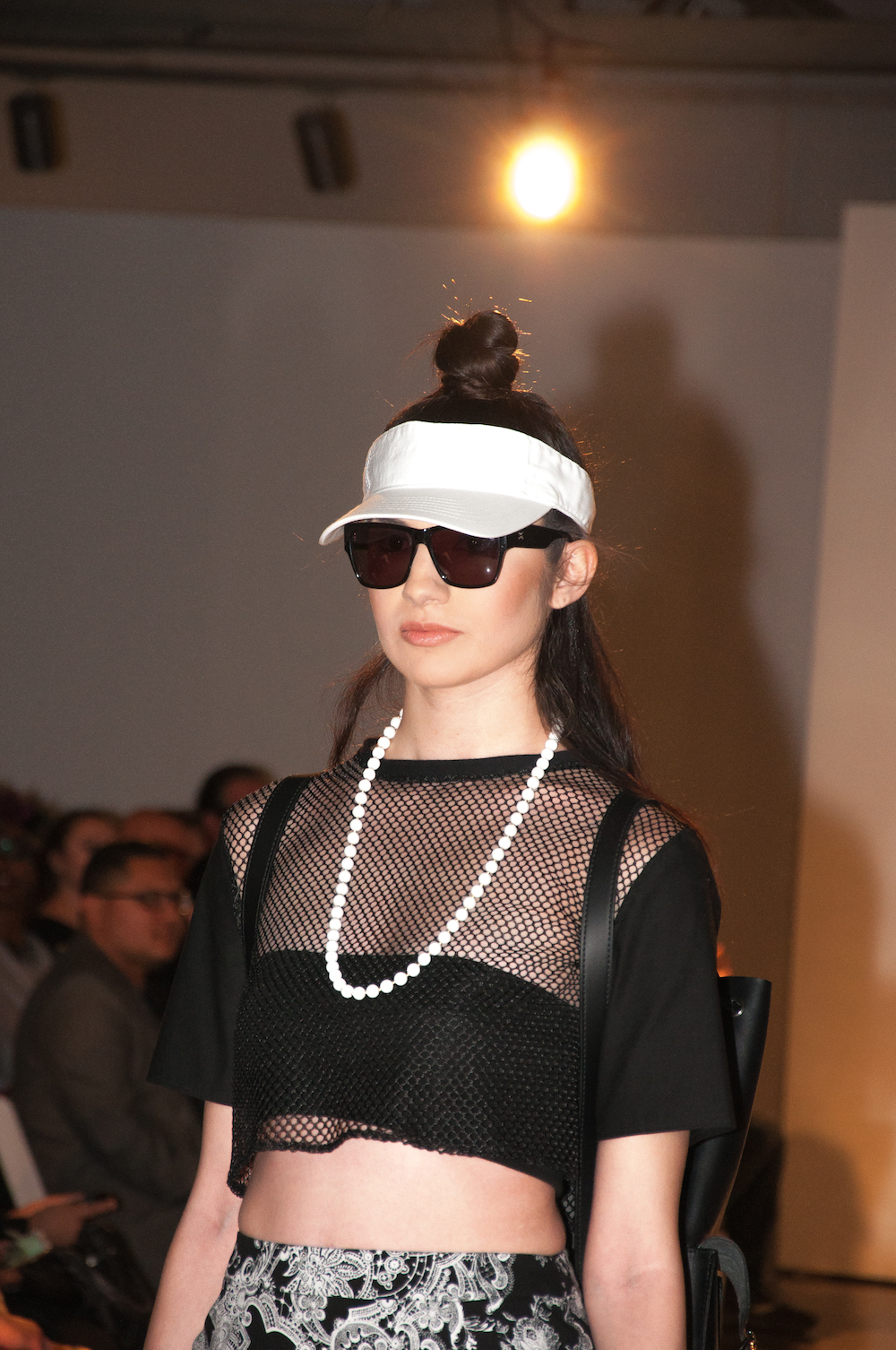 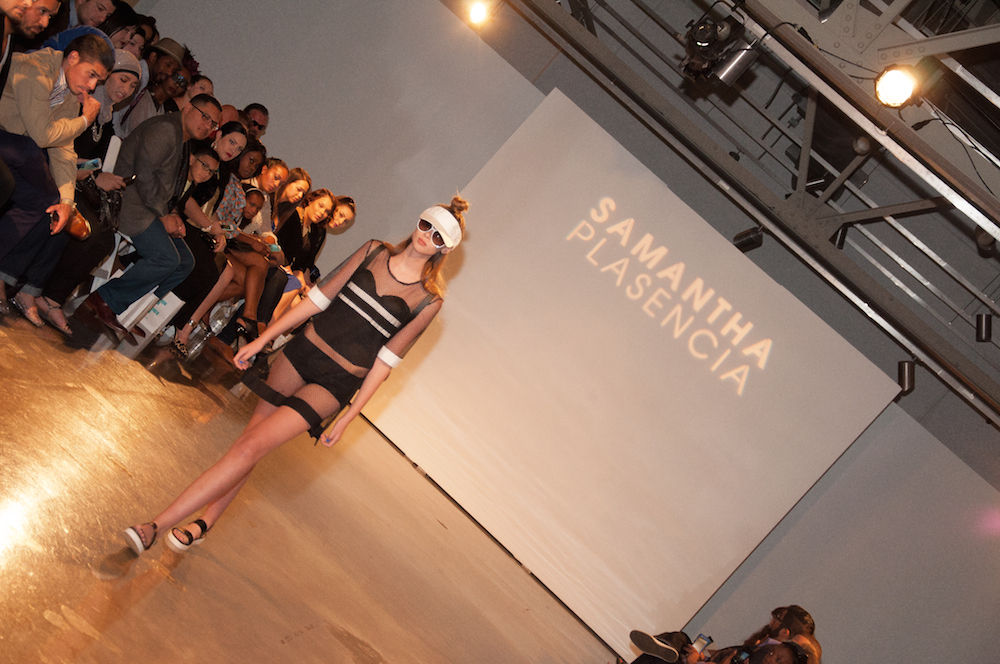 As the lights went down and the first model stomped his way down the runway I thought, this seems very … familiar. Allow me to explain. In the post-show interview when asked about a line she’d like to design for if given the chance, Samantha referenced Balenciaga, specifically Alexander Wang’s recent turn at the esteemed fashion house. As I stood watching model after model strut to the sounds of hip hop and Disclosure, I couldn’t help but be reminded of both Balenciaga, under Alexander Wang, and Wang’s own namesake line. This collection is right on par with the latest trend of athleticism meets fashion, with mesh, visors, and neoprene, and leather backpacks featured throughout.

Like Mr. Wang, Plasencia’s looks are the stuff street-style dreams are made of. This is a line for the cool, hip, without-trying-too-hard girl (or guy, as there were a few men’s looks). It’s easy to see why she won first place in construction­–these garments were incredibly well put together. Nary a seam or a stitch looked out of place, and each outfit seemed to fit the model that walked in it with impeccable ease­ (minus a cobalt neoprene dress that seemed to bunch a bit on the chest, but that’s more of a fabric issue than a fit one).

When I said that the collection looked “familiar,” what I meant is that Samantha’s line could easily be mistaken for some of the top lines out there today: Italian MSGM, fashion-blogger favorite Tibi, and yes, Alexander Wang are contemporaries that spring to mind. Not to say that she’s an imitator. Plasencia seems to have a special something that’s unique to her, a combination of her Texas roots, her knowledge of what’s hot, and her own personal style–a self described “tomboy.”

This is a designer that’s just getting started in her career. From the beautifully patterned seperates that seemed to be a marriage between a bandana and lace made into trousers, a crop top, and a super-cute elastic halter, to the electric cobalt blue used in the form of the aforementioned scuba dress, or as a pop on a black shift­ which reminded me of etchings on the Richter scale, I expect ladies to be clammoring to get their hands on these goods. And I haven’t even mentioned the starting price point of around $40 for a custom-fit top. I’m pretty sure my eyes nearly popped out of my head when I heard that!

Now residing in Austin, Samantha Plasencia is on the cusp of gaining some serious notoriety. She’s currently sewing everything by hand in her apartment, but I predict she’ll be needing some extra help soon. San Antonio has never been known as a fashion city, but with talent like hers, I think we’ve earned some bragging rights.

Dignity San Antonio is sponsoring a talk by a controversial Irish priest and author whose views on homosexuality, contraception, celibacy...