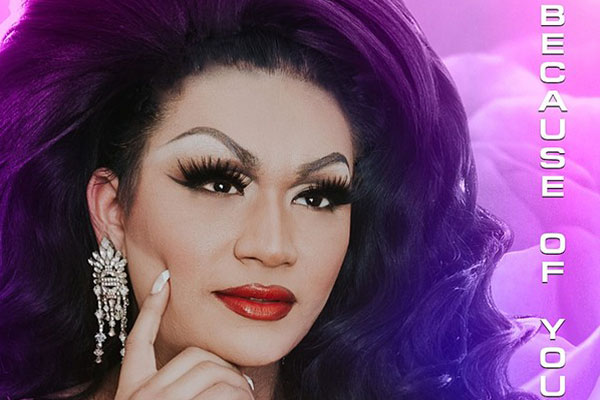 A couple weekends ago, I decided to fly out of town to kick it with some friends in Boise of all places. While it was nice to get out of Texas for the weekend, I was looking forward to coming back, because … tacos and, of course, because SA is home. Anyway, while walking to the gate of my connecting flight in Phoenix, I saw a familiar-looking dude chilling on the ground near the window eating lunch. I walked a little closer and recognized Adam Sanders, better known as Ada Vox, whom earlier this year made it into the top ten of American Idol.

I plopped down next to the now-famous San Antonio drag queen, and we caught up on all the crazy stuff she’s been getting into since she left the show. If you’ve been following Vox on any of her social media, you know that this queen is W-E-R-K-I-N-G.

From headlining Pride events all over the country to rubbing elbows with the queens from RuPaul’s Drag Race, Ada Vox has become the first drag queen from San Antonio to reach this level of success in her career. 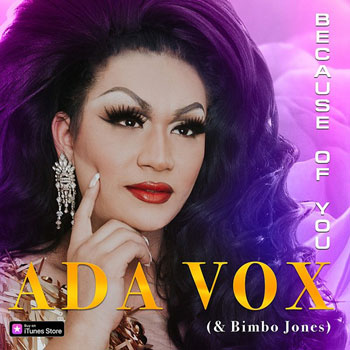 The singer, drag queen, performer and personality told me she’s releasing her first single “Because of You” on Friday – and, girl, you know this shit bumps.

Livin’ Joy’s Janice Robinson who’s probably best known for her ‘90s club hits “Don’t Stop Movin’” and “Dreamer,” wrote the song’s lyrics and vocal melodies, and that ’90s club vibe is definitely present. But the song also has a sound you’d expect to hear in a club today. The track was produced by Bimbo Jones, a UK dance-music group that has produced club remixes for the likes of Britney Spears.

“Because of You” begins with echoing vocals that soar above a classic, four-on-the-floor house beat before Vox’s signature alto-voice takes up the verse. The beat breaks into half time, then stops completely before crescendoing into a hook in which Vox lets her incredible range shine – hitting notes precious few professional singers can nail.

Overall, the song is a feel-good club jam – danceable, poppy and a good first single from an artist who is sure to deliver more incredible music in the future.

“I have a whole bunch of songs written out and started,” Vox said. “And right now I’m just on the search for good producers, and would really like to have someone local to showcase San Antonio to its fullest.”

Vox also said she’d love to put out a Christmas album, too. We’re imagining her on “All I Want For Christmas Is You,” and yes, yes, honey – we need that in our lives.

You can preview Vox’s new single “Because of You” at this link.

Queer film aficionados will be burning rubber on IH-35 heading to Austin for the 31st annual All Genders, Lifestyles and...