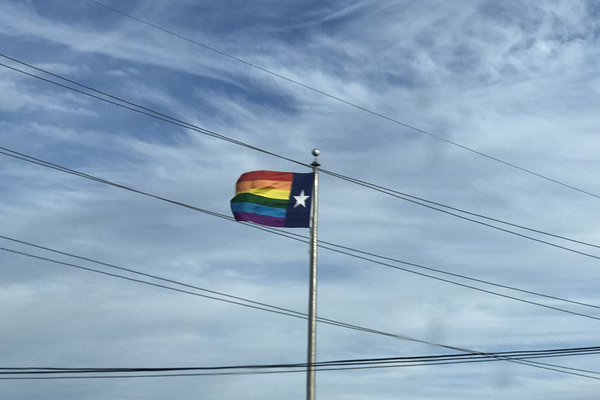 After two conservative Christian groups filed lawsuits against the city of Austin over the past week challenging an ordinance that protects LGBTQ individuals from discrimination, Texas LGBTQ advocates said Wednesday they do not think the lawsuits will hold up in court.

The first lawsuit, filed in federal court Saturday against the city by the U.S. Pastor Council, a conservative Christian organization based in Houston, argues that Austin’s nondiscrimination ordinance is unconstitutional because it does not allow churches the religious freedom to refuse to hire gay or transgender individuals.

Texas Values, another conservative Christian organization, filed a separate, broader lawsuit in state district court, also on Saturday, seeking to invalidate the ordinance as it applies to both employment and housing decisions.

The U.S. Pastor Council, which also backed the 2017 session’s failed “bathroom bill” that would have restricted access to public restrooms for transgender Texans, said in its lawsuit that the city’s failure to exempt its 25 Austin churches from the nondiscrimination ordinance violates its rights as outlined in the U.S. Constitution, the Texas Constitution and the Texas Religious Freedom Restoration Act.

“Because these member churches rely on the Bible rather than modern-day cultural fads for religious and moral guidance, they will not hire practicing homosexuals or transgendered people” as clergy or general church employees, the lawsuit said. The lawsuit also said member churches will not consider or hire women to be senior pastors in its churches.

“The city of Austin’s so-called anti-discrimination laws violate the Texas Religious Freedom Restoration Act by punishing individuals, private businesses and religious nonprofits, including churches, for their religious beliefs on sexuality and marriage,” Jonathan Saenz, the president of Texas Values, said in a statement to The Texas Tribune.

David Green, the media relations manager for the city of Austin, said in a statement that the city is “proud” of its ordinance and is prepared to “vigorously defend” it in court.

“These lawsuits certainly highlight a coordinated effort among people who want to target LGBTQ people in court,” said Paul Castillo, a senior attorney at Lambda Legal, an advocacy firm for LGBTQ rights.

Castillo said he has not examined Texas Values’ suit but that the city of Austin “is on solid legal ground” in the U.S. Pastor Council lawsuit.

“In order to walk into court, you have to demonstrate some sort of injury,” Castillo said. “It doesn’t appear that the city of Austin is enforcing or has enforced its anti-discrimination laws in a way that would infringe upon these religions.”

He added that the timing of the lawsuits is “certainly suspect” as groups attempt to politicize LGBTQ issues ahead of the upcoming legislative session.

Jason Smith, a Fort Worth employment lawyer, said he expects both lawsuits to “go nowhere.” He points to former Supreme Court Justice Anthony Kennedy’s opinion in Masterpiece Cakeshop, Ltd. v. Colorado Civil Rights Commission, which Smith said made it clear that religious beliefs do not justify discrimination.Still, he said people should be “worried by the repeated attempts to limit the Supreme Court’s announcement that the Constitution protects gays and lesbians.”

There is currently no statewide law that protects LGBTQ employees from discrimination, but San Antonio, Dallas and Fort Worth have nondiscrimination ordinances similar to Austin’s. Smith said the other cities will be watching how the lawsuits in Austin unfold and that some cities may even file briefs to make the court aware of their positions.

This article was first published by The Texas Tribune, a nonprofit, nonpartisan media organization that informs Texans — and engages with them — about public policy, politics, government and statewide issues.

Ghosts and and goblins will be raising their cocktail glasses extra high this year in celebration of Fiesta Youth's fifth...