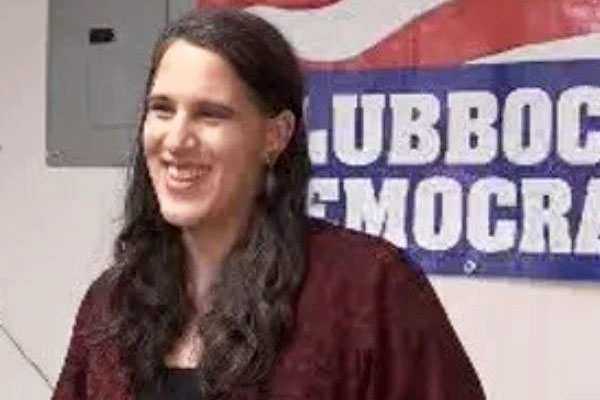 Last July, Democrat Addison Perry-Franks, a transgender businesswoman from Snyder, Texas, announced her candidacy for the Texas House of Representatives District 83 seat. With the March 3 Democratic Primary just around the corner, Perry-Franks has been busy campaigning throughout the district.

District 83 encompasses all of Terry, Lynn, Gaines, Borden, Scurry, and Mitchell counties, most of Lubbock County, and the outskirts of the city of Lubbock.

Perry-Franks owns a computer repair company, has acted in movies and is working on screenplays for three films. She and her wife, Lacey Franks, have five children. Franks is campaigning for Scurry County Democratic Chair.

Perry-Franks told OutSmart Magazine that she first considered running for office in 2017 when the Texas Legislature was debating the passage of a bathroom bill which would have required transgender people to use bathrooms in public schools, government buildings and public universities based on their biological sex. The bill died during a summer special session.

It was an issue that hit home for Perry-Franks. “I had a problem at a local store that wouldn’t let me use the restroom. I publicized the incident, and the store’s corporate head wound up coming to Snyder to retrain all the employees and make the chain more LGBT-inclusive,” she told OutSmart.

Perry-Franks’ competitor in the Democratic Primary is James Barrick, a retired professor from Texas Tech’s Department of Geosciences.

The winner of the Democratic Primary will go on to face incumbent Dustin Burrows, who has held the District 83 seat since 2014 and is running unopposed in the Republican Primary.

Originally published in the San Antonio Current A new theater company called The Players at the Pointe will premiere its...